Is Govt Spending the Panacea for India's COVID-Induced Economic Woes?

A heterodox branch of macroeconomics known as Modern Monetary Theory has lent weight to the debate on how far governments can stretch their fiscal resources without causing a debt or inflationary crisis down the line. 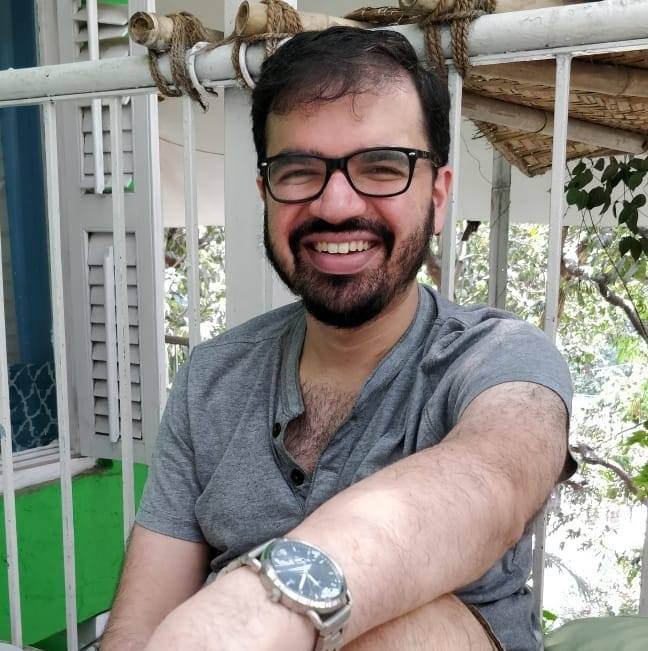 In Jan 2019, Olivier Blanchard, the former chief economist of the IMF and exemplar of macroeconomic orthodoxy, admitted bluntly in his lecture to the American Economic Association, that in an era of low-interest rates, public debt might very well have little fiscal cost.

Critics might argue that this admission was a decade late, with mainstream economics finally catching up with public opinion in the wake of the financial crisis. Politicians on the American Left like Bernie Sanders and Alexandra Ocasio-Cortez have also flirted recently with the heterodox branch of macroeconomics associated with higher government spending known as the Modern Monetary Theory (MMT).

The unprecedented health and economic crisis created by the COVID-19 pandemic has forced governments around the world, both rich and poor, to loosen their purse strings to stanch a massive humanitarian crisis, further lending weight to the debate on how far governments can stretch their fiscal resources without causing a debt or inflationary crisis down the line.

The conventional thinking around deficits is as follows:

1) When governments spend more than they earn, they have to issue bonds to raise money for this extra requirement from a combination of domestic and foreign sources.

2) But such borrowing on top of existing public and private demand for loans raises the cost of additional loans i.e. the interest rate, thus resulting in what is known as ‘crowding out’: private firms and households now have to incur higher interest costs because the government was unable to keep within its limits.

3) And finally, the need to fund higher interest payments eventually results in higher taxes (there is no such thing as a free lunch), as governments need to bridge the increasing gap between receipts and outflows, especially if inflation-targeting central banks raise rates in response to overheating in the economy. Moral of the story: keep your deficits in check or else…

Here’s where MMT comes into the picture. Ironically given its name, the Modern Monetary theory usurps the role of monetary policy almost entirely and gives it to fiscal policy. Put simply, MMT asserts that governments need not fear the likelihood of debt default as long as they print their own currency. MMT advocates deny that there is a limited pool of loanable funds, which governments and private firms compete over.

Government (through central banks) can create the money it needs to spend: excess spending leads to excess reserves in the commercial bank system. As Ananth Narayan has explained in the Indian context, every loan given by a bank results in an equivalent deposit within the banking system (your housing loan from a bank is used to pay the original owner, who in turn deposits the money back in a bank, ignoring cash under a mattress of course), with the only requirement being a small addition to reserves, which are calculated as a % of deposits.

Apart from taxes, excess demand can also be offset by ‘tightening financial and credit regulations to reduce bank lending, market finance, speculation and fraud’. You might very well ask, where is the central bank in all this? MMTers have a simple but radical answer: the natural rate of interest should be zero and that fiscal policy should do all the heavy lifting!

MMT advocates accept that future inflation is the binding constraint on the extent of current government spending. Further, they also acknowledge that given the Phillips Curve (trade-off between inflation and unemployment), the need to fight inflation could prevent full employment. However, they disagree with mainstream economics on both the diagnosis and the solution: they do not agree that most of this inflation is due to excess demand and also that government has a limited role to play in ensuring full employment outside of conventional monetary policy.

MMT wears its politics openly on its sleeves, unlike mainstream economics which pretends to be apolitical: advocates support full government job guarantees in the event of unemployment, while blaming excess inflation on the increasingly monopolistic nature of modern industry, such as drug prices contributing to the high cost of healthcare in the US. Further, their support for higher taxes on the wealthy stems from a critique of the power structure as much as a tool of macro policy.

Yes, MMT is US-centric but…

On the face of it, MMT seems only marginally relevant to developing economies like India. The US can afford to run persistently large fiscal deficits due to the vast global demand for dollars as a reserve currency. As of 2019, 61% of global forex reserves were USD-denominated, followed by euros at 20%. The only developing economy currency in the top 10 is the Chinese RMB, accounting for a minuscule 2% of global reserves.

For the last five years, while FDI has been stable around $40-50 billion, Net Foreign Portfolio Investment (FPI) across equity and debt has ranged from -$11 billion to $30 billion, keeping in mind that India’s persistent savings-investment gap (that has only recently turned positive due to weak growth) requires the plug of foreign inflows.

Second, we have a history of past fiscal indiscipline, with automatic monetisation of deficits ending only in 1997. In the decade leading up to the 1991 crisis, fiscal deficits averaged 6.7% of GDP, for which we had to pay the cost eventually. Third, India’s direct tax base is barely 6% of GDP, suggesting that tax rates would be a far blunter instrument than interest rates to achieve the aims of macro policy.

Fourth, persistent liquidity surpluses in the Indian banking system have failed to lead to any actual lending by banks.  Lastly, countries like India are very far from the zero-bound, deflationary macro environment prevalent in the US, Europe and Japan, making MMT more a special case of Keynesianism rather than a general theory.

Having said all that, there is still value in looking at EM’s through the MMT lens. The evidence suggests that the conventional notion of ‘crowding out’ has not been true for the post-1980 period in India, according to a 2018 NCAER paper, but on the contrary suggests ‘crowding-in’. Strong public investment, especially in health, education and infrastructure can be perfectly complementary to the promotion of private investment.

India’s health expenditure (2.5% of GDP) and out-of-pocket health expenses are significantly below and above average respectively even within lower-middle-income countries. This is a choice, not an inevitability. It is obvious that for-profit healthcare is not designed to deal with pandemics, which means that we have an inadequate public health sector just when we need it most.

Watch | ‘The Pandemic is Like a Tsunami, Govt Has to Speed Up Economic Relief’

In the context of the massive 2009 stimulus and fears of inflation, RBI research suggests that the stimulus itself did not cause subsequent inflation, but even if it did, that was an economy running close to full capacity, which is certainly not the case today. Further, much before this MMT moment, workfare programs like NREGA had been instituted in India.

The Modi government’s utter lack of interest in this ‘automatic stabilizer’ in times of distress even as it gives up scarce resources on a supply-side corporate tax cut to deal with demand-side problems is suggestive of its skewed economic priorities. In contrast to robust fiscal responses and emergency monetisation in the wake of COVID-related lockdowns by other lower-middle-income countries like Indonesia (2.5% of GDP) and the Philippines (5-6% of GDP), India’s additional spending announcement is estimated at a paltry 0.4% of GDP.

Even accounting for a worse starting fiscal position than peers, this is suggestive of a conservative policy mindset wholly in hock to a myopic version of ‘Econ 101’, with a serious under-appreciation of the permanent damage to lives and supply chains caused by the strict lockdown.

Rohit Thombre is an equity research analyst at an investment bank, with interests in economics, history, literature and constitutional law.