Did the government count its chickens before they hatched? Demonetisation as a means of extinguishing black money may be a pipe dream now. 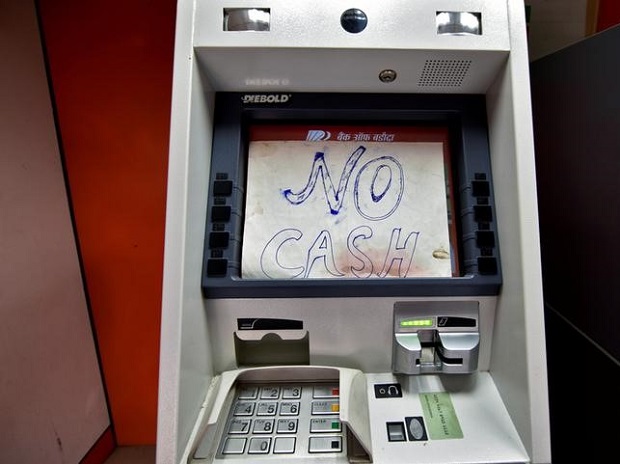 A notice is displayed on an ATM in Guwahati. Credit: Reuters

For the last few days, reports in the media have been indicating that the banks may end up receiving the bulk of the demonetised 1000 and 500 rupee notes in a legitimate manner.

Economist Arun Kumar, who has done extensive work on black money, is optimistic that going by the present pace of deposit and replacement of 1000 and 500 notes, over 95% of the invalidated currency may come into the banking system. This effectively means that the entire “shock and awe” strategy of Prime Minister Modi, accompanied by so much pain and disruption in the lives of a billion people, ends up with very little black money being located and extinguished.

This will be seen as a colossal failure of governance and there are serious implications of this failure.

Indeed the government was already counting its chickens by estimating that up to Rs 3 lakh crore – out of a total of Rs 14.5 lakh crore – may not come back into the banking system, and therefore would get extinguished. This would automatically increase RBI’s surplus reserves by Rs 3 lakh crore. The Centre on its part was seeing this as an additional fiscal space as it could access this money through various mechanisms.

Speculative plans were abuzz that the prime minister could use these funds as a social sector transfer to the poor so that their pain could be somewhat alleviated. There was also talk that part of these funds may be used to recapitalise banks which are not lending due to massive capital requirements in the backdrop of unprecedented NPAs.

All these plans would come a cropper if the bulk of the 1000 and 500 notes come back into the system without a reasonable amount of black money getting extinguished. Finance minister Arun Jaitley had indicated a day after the demonetisation that the 1978 exercise in demonetisation – though minuscule compared to the present one – had resulted in about 25% of the invalidated currency notes getting extinguished. This means that 75% of the currency came back into the banking system. The remaining got extinguished and became the property of the RBI/government.

But this time well over 90% is expected to come back into the system. There is clearly some worry over this in the government. As of today nearly Rs 11 lakh crore of the 1000 and 500 notes are back in the banking system. There is another month’s time for the depositing of these notes. Kumar says if “the bulk of the money comes back into the system it will be seen as the most foolish decision by the government involving all pain and no gain”. He says the whole exercise will then simply be described as replacement of current stock with negligible demonetisation, which was the original objective.

So, how did this happen? Obviously, small and medium businesses, which hold nearly 40% to 50% of the 500 and 1000 notes, have found ingenious ways of pushing it back into the banking system despite income tax agents and other tax enforcement departments going after them.

It is also interesting to note that almost the entire Rs 29,000 crore in increased deposits in Jan Dhan accounts – meant for the very poor – have gone into just 3 crore bank accounts out of the total of 25 crore Jan Dhan accounts. This shows that a relatively smaller number of Jan Dhan accounts have been used to launder large sums. If these were genuine deposits, they would have been spread across 25 crore accounts in a more even manner. The tax department has no infrastructure or resource to investigate three crore Jan Dhan accounts where all the fresh deposits have gone. One never thought that Modi’s pet project of financial inclusion would itself become such a robust platform for money laundering.

Finance minister Arun Jaitley is aware of what is going on and that is precisely the reason why the government has come up with a fresh income tax declaration scheme where black money and other assets can be declared by paying 50% tax. This sop comes despite Modi’s repeated warnings that the government would not spare tax evaders who did not avail of the earlier tax declaration scheme which had ended on September 30.

Yet, the government has come out with another income declaration scheme which clearly makes the honest taxpayer feel betrayed. The Centre is showing its weakness by doing so and it is also a clear admission by the finance ministry that it fears the failure of the current demonetisation scheme by inviting people to yet again declare their black money at a 50% tax rate.

It is also evident that once full and unrestricted withdrawal is allowed in a few months, a good chunk of these deposits will be withdrawn from the banks and would revert to their earlier character of operating in a cash economy. The complexity of demonetisation on such a huge scale is clearly outside the grasp of officialdom.