Many Issues Stand in the Way of India, the EU Agreeing on a Free Trade Deal in Brussels 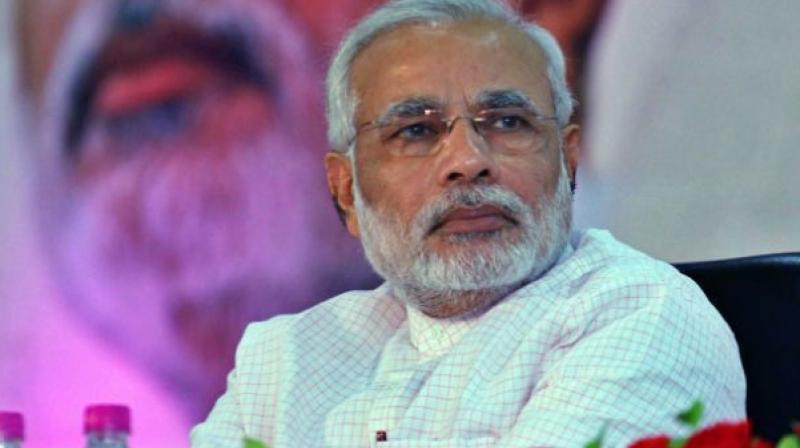 International trade and foreign investment have come to occupy pivotal roles in international relations today. For India and the EU, this holds true too. Thus, what is likely to dominate the 13th India-EU Summit at Brussels is discussions on the pending India-EU Free Trade Agreement (FTA).

India and the EU first started negotiations in 2007 on an FTA to cover trade in goods, services, intellectual property and foreign investment. However, 13 rounds of negotiations have not yielded a treaty to regulate trade and investment between the two sides.

Some analysts argue that it is in India’s interest to conclude an FTA with the EU in order to mitigate some of the export losses that it may suffer on account of trade diversion due to mega FTAs like the Trans Pacific Partnership, a trade treaty between 12 countries who together account for more than 50% of global GDP.

Whether India will gain from an FTA with the EU depends entirely on the nature of the FTA signed between the two sides. Will the ongoing summit provide an opportunity to revitalise the moribund trade and investment talks?

The question is pertinent for India as well as the EU. A preferential access to the European market is critical in view of India’s exports falling continuously for past 15 months. India’s exports to the EU contracted by around 4.5% to $49.3 billion in 2014-15. For the EU, greater access to the Indian market is equally critical in view of the economic slowdown in Europe.

Any major breakthrough in the FTA talks is contingent upon India and the EU agreeing on many issues, which continue to put a spoke in discussions.

First, in terms of trade in goods, any FTA tries to bring down the tariff rates from the most favoured nation (MFN) rates. In fact, one of the major demands of the EU is that India should lower its tariff rates on European automobiles and wines and spirits. A lowering of tariffs may well result in greater trade with the EU, but for India this may mean more imports than exports. There will be a greater opening in the Indian market for European goods than in the European market for Indian goods. EU tariff rates are already quite low and thus, apart from sectors like textiles and fisheries, India’s exports to the region might not increase significantly if tariffs are cut.

In goods trade, the real issue for India is non-tariff barriers such as sanitary and phytosanitary measures, and technical barriers to trade. The EU has been imposing stringent labeling requirements and trademark norms, for instance, which have dented India’s exports. About two years ago, India’s export of Alphonso mangoes to the EU suffered due to stringent non-tariff barriers.

Second, in terms of trade in services, for India to benefit from an FTA with the EU, it needs strong binding promises by the EU on liberalising trade in services especially for the supply of services in what are known as modes 1 and 4.

Mode 1, as defined in the General Agreement on Trade in Services under the WTO, covers a range of outsourcing activities such as business, knowledge and legal process outsourcing. According to one estimate, Europe is a $45 billion potential outsourcing opportunity for Indian IT vendors. Thus, a legal commitment by the EU to outsource would immensely help India by creating many jobs. Mode 4 covers temporary movement of natural persons. Liberalisation under mode 4 would mean the EU allowing more Indian professionals preferential access to the European labour market, which could boost remittances from the EU to India. However, given the high unemployment rates in the EU due to economic slowdown, one is not sure to what extent the EU is willing to make commitments to liberalise trade in services.

Third, in the area of intellectual property (IP), the major disagreement is regarding IP protection standards. The EU is keen that India should adopt stringent IP protection standards even if that means going beyond the WTO specified standards that all countries, including India and the EU, have multilaterally agreed. India will not and should not agree to additional protection measures as this could compromise public health and raise other compelling concerns. This is a deeply disturbing trend seen in many FTA negotiations, where developed countries shift negotiations on IP standards from the WTO and World Intellectual Property Organisation to FTAs.

The problem of India’s model BIT

Stung by foreign investors suing India under different Indian BITs, India adopted a defensive model BIT in 2015, and would hope to use it as the basis to negotiate the investment chapter in the FTA.

The model BIT does not contain an MFN provision, excludes taxation measures, and makes it mandatory for foreign investors to exhaust domestic judicial and administrative remedies for at least a period of five years before pursing a claim under international law.

Given the experiences of major European companies such as Vodafone and Cairn, who are battling the imposition of retrospective taxes by India, the EU is deeply concerned about the protection of its investments in India. It is quite unlikely the EU will accept any proposal that might be detrimental to the interests of their foreign investors.

In fact, these provisions in the Indian model BIT also go against Indian companies who are investors in the EU.

Another major issue is that India already has a BIT with many European countries such as the UK, Germany and the Netherlands, and also with East European countries. What would be the fate of these investment treaties if the India-EU FTA were to become a reality?

Notwithstanding these sticky issues, given the fact that negotiations at the WTO are stalled, India has no option but to play the FTA game with the EU and other countries to reap the benefits of international trade.

Whether India is able to protect its interests depends on its ability to negotiate balanced treaties. Equally, it depends on India being able to bring about comprehensive structural and legal reforms, such as making it easier to do business and imposing a single, comprehensive goods and services tax.

Till these reforms are carried out, it will be difficult for Indian goods and services to become globally competitive and harvest the benefits that a balanced FTA may offer.

Prabhash Ranjan is an assistant professor of law at South Asian University. (pranjan1278@gmail.com)