It is widely understood that during an economic downturn, liquidity infusion does not help much because aggregate demand itself goes downhill, including the demand for credit and money. 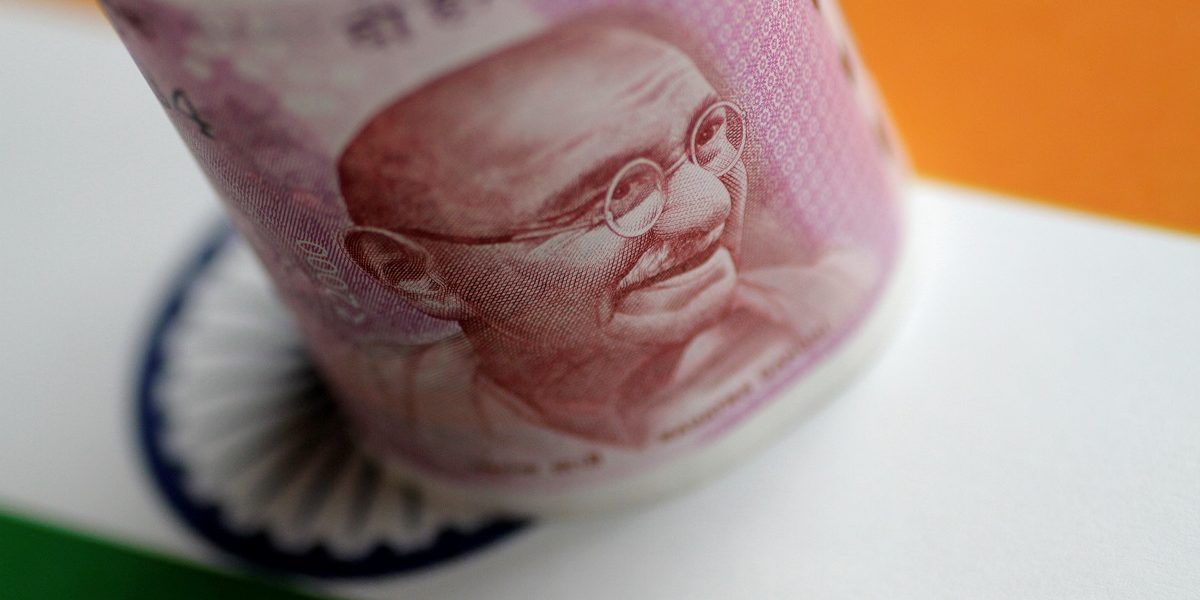 An India currency note is seen in this illustration photo. Photo: REUTERS/Thomas White/Illustration

Finance minister Nirmala Sitharaman’s announcements regarding additional liquidity support for MSMEs, EPF account-holders and income-tax payers have come as an anti-climax after Prime Minister Narendra Modi’s announcement of a ‘self-reliant India campaign’ on Tuesday, on which his own words were: “The economic package that is being announced today, if added, comes to around Rs 20 lakh crores. This package is about 10% of India’s GDP.”

What was expected of the finance minister was to first explain with transparency how this amount of Rs 20 lakh crore would be mobilised and spent. Nothing was on offer in this regard. Not even the fiscal implications of the support being announced for the MSMEs, EPF account holders or tax payers. This puts a big question mark over the Modi government’s credibility. If the Rs 20 lakh crore figure that the prime minister spoke about during his speech mostly comprises of additional liquidity infusion, then it is not only an ineffective policy but also amounts to a deliberate misleading of the public.

Liquidity infusion and fiscal expenditures are very different things. The first impacts the availability of cash and credit in the economy. The second directly raises aggregate demand and lead to economic growth. It is widely understood that during an economic downturn, liquidity infusion does not help much because aggregate demand itself goes downhill, including the demand for credit and money. In order to come out of this liquidity trap, we require massive investments, income transfers and creation of additional purchasing power. This can only be achieved under recessionary conditions by additional public spending through an expansion of the fiscal deficit.

To provide an example, had the government transferred Rs 1 lakh each as capital subsidy to all the MSMEs registered with the government, it would have meant an “above the line” measure. This would have simultaneously expanded MSME investments and purchasing power. It would also have meant around Rs 1 to 1.5 lakh crore additional expenditure for the government, which would have enhanced output by more than that amount, through the multiplier.

What would be achieved by the liquidity support and credit guarantees announced for the MSMEs, being mostly “below the line” measures, remain highly uncertain. The banks are flush with liquidity, the problem lies with the unwillingness of the borrowers to borrow and invest because of an uncertain future. That is precisely why banks are parking their surplus liquidity with the Reserve Bank of India, which ironically the finance minister complained about in the press conference.

Following the economic crisis in the wake of the COVID-19 pandemic, the US Congress enacted new legislation providing a fiscal stimulus. The fiscal deficit in the US is estimated by the Congressional Budget Office (CBO) of the US to increase from $1 trillion to $3.7 trillion in 2020. Therefore, the size of the fiscal stimulus in the US is worth $2.7 trillion, i.e. around 13% of GDP.

What the finance minister needs to clarify are not some liquidity infusion or credit support numbers being thrown around randomly, in order to grab media headlines. What we really need to know is the quantum of the fiscal stimulus, i.e. by how much is the fiscal deficit being expanded in India in the backdrop of the enormous pandemic-cum-lockdown shock to the economy. A transparent presentation of the fiscal deficit number, like what has been provided by the CBO in the US, is the need of the hour.

Also Read: Why the Cost to Government of Latest Stimulus Measures Is Still Very Limited

India’s fiscal deficit in 2019-20 stood at around Rs 7.7 lakh crore, i.e. 3.8% of GDP. The Union Budget presented on February 1 had projected the fiscal deficit for 2020-21 to be around Rs 8 lakh crore. By how much would this number be increased? That will be the real size of India’s fiscal stimulus. Going by the enhanced borrowing requirement of Rs 12 lakh crore announced recently, the stimulus appears to be merely Rs 4 lakh crore, i.e. 2% of the GDP.

If this is the limit to which the Modi government is willing to travel, why mislead people by throwing in numbers like Rs 20 lakh crore? Not only is it insensitive at a time of deep distress for the poor working people but also detrimental to the Indian economy.