If one looks at the solvency ratio of LIC, the magnitude of the problem becomes very apparent.

If one looks at the solvency ratio of LIC, the magnitude of the problem becomes very apparent. Credit: PTI 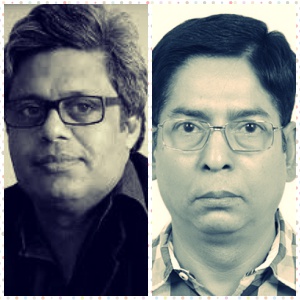 A dangerous narrative being peddled by the Centre is that LIC has so much cash – it gets about Rs 2 lakh crore premium money from customers every year – that it is a mere drop in the ocean if it buys a 51% stake (about Rs 13,000 crore) in IDBI Bank.

There is also talk of LIC rescuing Air India by taking a 24% stake after the government’s failed attempt to invite bidders to acquire the ailing airline.

The notion that LIC has an unlimited war chest is totally fallacious because life insurance companies hold people’s premium money for 30-years-plus only to eventually pay back the insured or their nominees. LIC invests these funds so that it can meet its long-term liabilities. The investments thus have to be sound and based on economic merit. Such funds can’t be used to fill black holes in the government’s fiscal exercise. The ability of the insurance company’s long term assets to meet its long term liabilities is called the solvency ratio.

LIC’ s solvency ratio is today the lowest in the industry.

So it is not the absolute premium amount received annually by the LIC that is relevant. It is LIC’s solvency ratio, or its ability to meet its liabilities, that one must look at.

And the Narendra Modi government’s spin doctors are totally ignoring this aspect even as they burden LIC with more and more bad assets just to avoid taking responsibility for them directly in the government balance sheet. Essentially, the NDA government is a building post facto justification to avoid injecting fresh capital into IDBI and passing the burden to LIC. In the past, LIC has also been burdened with picking up stakes in PSU divestments when the market has not responded adequately to such share offerings.

In other words, the fact that LIC has gross assets of more than Rs 27 lakh crore does not give the real picture of its financial health as it has to take care of corresponding liabilities too. It is the solvency ratio that tells us how financially sound an insurance company is.

Solvency ratio is the percentage of net assets that a life insurance company should have over the net liabilities, which include maturity claims, death claims and expenses.

For example, if a life insurer has a liability of Rs 100 in a year, it should maintain an minimum net asset value of Rs 150.

If one looks at the solvency ratio of LIC, the magnitude of the problem becomes very apparent.

Since June 2008, LIC’s solvency ratio has hovered dangerously close to the regulatory threshold of 1.5 and attracted as many as 36 adverse observations from the sector regulator.

For nine-and-a-half years between June 2008 and December 2017, LIC’s solvency ratio averaged at 1.56. It was at an all-time high of 2.27 for the October-December 2008 period and fell down to 1.51 in the quarter ended September 2017, astonishingly close to breaching the minimum regulatory norm of 1.5, and stayed at the same level in the succeeding quarter, data shows.

Solvency ratio is the critical parameter than tells us if a life insurer will be able to cover its liabilities in the event of eventualities like an earthquake or any other natural calamity. The insurer will be liable to settle the claims but it could fail to do so if its liabilities exceed assets. That is why people look at solvency ratio of the insurer before buying insurance.

The insurer will be liable to settle the claims but it could fail to do so if its liabilities exceed assets. That is why people look at solvency ratio of the insurer before buying insurance.

The sector watchdog IRDA has prescribed methods of valuation of assets and liabilities. Based on these guidelines, the life insurance companies prepare a statement of solvency margin every quarter.

In India, insurers are required to maintain a minimum solvency ratio of 1.5. Insurance players whose solvency ratios are dangerously close to this minimum level are closely watched by the regulator.

Why IDBI is a bad buy for LIC

IDBI’s gross non-performing assets (NPAs) rose to Rs 55,588 crore in March 2018, up from Rs 44,753 crore a year earlier. Its gross NPAs are nearly 28% of its total loan book (the highest among all banks). India Ratings, a credit ratings agency, reckons that if all of its distressed loans, which are currently classified as standard assets, are to be marked down, the bank’s NPAs would rise to almost 36% of its total advances.

With its losses widening to Rs 5,663 crore for the quarter ending March 2018, up 77% from the Rs 3,200 crore loss reported in March 207, IDBI is projected to remain a financial black hole over the next three years.

Moreover, IDBI’s capital adequacy ratio remains dangerously close to the minimum regulatory requirement of 7.375% despite the recent infusion of more than Rs 10,000 crore by the government into it. IDBI is currently under prompt corrective action (PCA) and its management does not expect the bank to come out of it before 2020-21.

Proponents of the proposed deal argue that it would allow the state-owned insurer to foray into new business areas like banking and general insurance. They say that LIC can enter into the banking space through IDBI Bank and can also use its branches to expand sales of its life insurance products.

However, such arguments lack merit. For example, LIC has no prior experience of running a bank. This idea does not make sense at a time when most of state-owned banks are reeling under bad loans and ceding market space to private players. Mega scams in Punjab National Bank and other state-owned banks have also placed a question mark over government’s ability to run banks.

LIC has a vast network of agents spread across the country and it does not need IDBI Bank’s branches to promote its sales.

Anyway, the idea of promoting insurance sales through urban branches does sound very attractive at a time when people, especially in cities, are increasingly buying insurance products online.

Similarly, the argument that by acquiring IDBI Bank, LIC would be able to lay its hands on its general business subsidiary, which would allow it to diversify horizontally, is in no way a great idea, say experts.

In a move that has left industry watchers flummoxed, the IRDA board, in its meeting on Friday, gave the go-ahead to the LIC to acquire up to 51% stakes in IDBI Bank.

IDBI Bank’s shares jumped on the news and the impending capital infusion, projected at more Rs 9,000 crore, which is expected to give a breather to the distressed public sector bank.

The Insurance Regulatory and Development Authority (Investment) (Fifth Amendment) Regulations, 2013 allows insurers with assets of over Rs 2.5 lakh crore to buy to buy up to 15% equity in a company.

This is the first time that the insurance regulator has eased its investment rules to such an extent, said experts. LIC will have to sell it in the future and bring it down to the regulatory requirement of 15%.

HDFC Life and Max Life had announced their merger plans in August 2016 through a three-step merger process. Under the proposed plan, Max Life was to be first merged with its parent company Max Financial Services, and then the life insurance business had to be hived off and merged into HDFC Life. The transaction would have led to the automatic listing of HDFC Life through a reverse merger process. But the IRDA rejected the merger plan.