Why Are Kerala's Politicians So Obsessed With Building New Airports?

The state already has four airports and they are not being fully utilised – where is the need for a fifth? 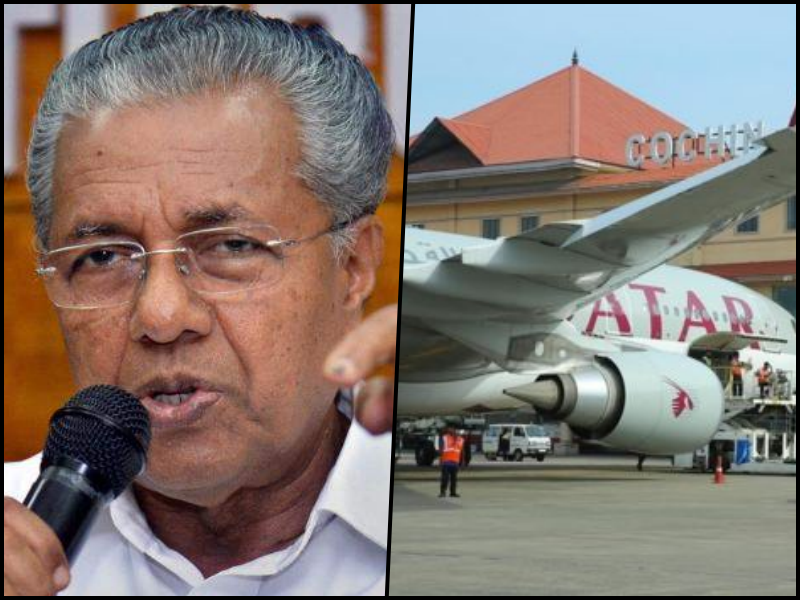 A year ago, Kerala chief minister Pinarayi Vijayan ruled out permission for what would have been a fully private airport in the central district of Pathanamthitta. He then symbolically planted paddy in part of the land, perhaps hoping it would be a stirring moment in Marxist iconography – the noble act of giving back land to the poor farmer from whom it had been acquired.

Now, barely nine months later, Vijayan has announced the construction of a new, government-funded airport in neighbouring Kottayam district, which will be closer to the famous Sabarimala temple. The announcement of the government plan to acquire land for the Sabarimala airport overflows with ironies, paradoxes and idiosyncrasies.

Why does Kerala love airports so? The state already has four airports, three of them international. With the proposed airport, it will become the only state with four international airports. Two of them are within barely 150 kilometres of each other.

Kochi, right in the middle of the state, is its busiest airport, getting between 85 and 90 flights a day – sources say it is capable of handling at least 25 more each day. A 500-acre extension to this airport would have been enough to add sufficient capacity instead of a 3,000 acres greenfield airport in the forested interior of Kerala.

Also, Sabarimala is only about 125 kms by road from Kochi, a distance that can be covered in three hours on a good day. Why would a pilgrim coming for an encounter with divinity mind this distance? In addition, Sabarimala is also roughly about 200 kms away from Trivandrum airport, which is thoroughly underfed in terms of traffic, with about 30-40 flights a day.

The acquisition of the 3,000 acres or so for the Sabarimala airport, however, is not going to be easy since it belongs to a Christian fundamental group called Believers Church founded by a faith-healer and freelance preacher called K.P. Yohannan, against whom the IT and ED are already conducting investigations. According to reports, the church had bought it from the Harrisons plantations, which like most other industries in Kerala, shut down and sold out. A church official has been quoted as saying they would not mind selling the land. Obviously, 3,000 acres is good money.

In any case, the larger irony of land being bought from a church – by a Marxist government – to build an airport for Hindu pilgrims when there is no such tearing hurry nor demand, is very obvious. Pilgrims are mostly poor or middle class and buses and trains are more than enough. Only the Ambanis (Anil is said to be a regular) or a few other super rich would want to land near the temple doorsteps and rush back to Mumbai like they do in Tirupathi. If an airport was a necessity in the interior parts of Kerala, why was the private airport – for which land was ready – scrapped?

Kerala has no chance of producing a Nobel prize winner but has in the last ten years produced three saints for the Catholic church. For a fully literate state, these are indeed achievements. The birthplaces of these saints are on the way to Sabarimala, making the entire route a kind of divine highway where miracles can be had for the asking.

Not to be left behind, Islam (all versions, including Wahabi) has been spreading southwards in Kerala with marbled mosques to stand up to the gothic brilliance of some of the churches and the exotically art worked temples. It is in this splendorous religious intersection, full with possibilities, that Vijayan has a grand plan, perhaps hoping for blessings from all around.

Neighbouring Tamil Nadu is abuzz with industries but Vijayan has not talked about replicating it. Three Kerala districts are in the top 20 in educational development index, but none in the top 20 of the economic development index. Educated Keralites do not like manual labour or even skilled or semi-skilled labour, necessitating the employment of over 35 lakh immigrants from Bengal and Northeast. Investment, however, is not going to industries but to infrastructure, which is possibly unnecessary.

Perhaps unknown to Vijayan, Kerala has also become the state of the super rich, with the largest income inequality in India for both rural and urban areas. Scholar Udayan Rathore of Lady Shri Ram College, in a study published in Livemint in March 2016, said that the state’s inequality seems to be driven by the super rich.

In rural income equality, while Assam has the lowest Gini coefficient of 0.21 (all poor states are bundled near this figure), Kerala has the highest of 0.37 (zero is the ideal state where all would have equal incomes and thus a socialist paradise). Even a state like Maharashtra has 0.28, while Punjab has 0.30.

In urban income – which is of interest here – Gujarat has a Gini coefficient of 0.29, the lowest in terms of inequality, while Kerala has 0.44, a huge difference. But in real terms, Kerala reports the lowest poverty despite its inequality. The wealth is probably concentrated in a few hands.

The fascination for airports in every district could also be a reflection of this economic reality. Kerala has several dollar billionaires and all of them move around in their private planes. Four of them can already claim this luxury when the Kannur airport at the northern extremity (about 50 km from Mangalore which already has an airport) is commissioned towards the end of this year. The fifth at Sabarimala may take time and the sixth could be the resurrected Pathanamthitta airport. Besides, locals going abroad or returning will now be within a short distance from their homes, wherever they are; no need to travel to a city.

Binoo John is a freelance journalist.