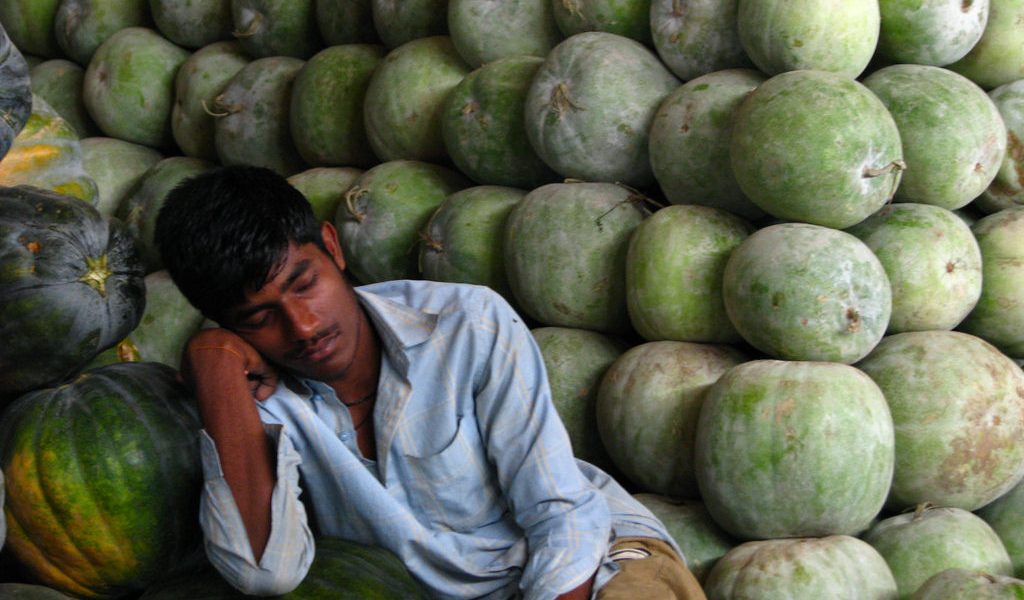 The corporate sector is doing well, as indicated by the stock market which reflects its health. But the corporates represent only a few thousand businesses out of the crores operating in the country. Ninety-nine percent of the businesses are in the unorganised sector and reports suggest that they are declining. The official GDP for Q1 of the current financial year 2022-23 was 3.3% above its pre-pandemic level. Yet, the stock markets are close to their historic high achieved in 2021. This disjuncture between the stock market and the economy reflects the surge in corporate profits in a stagnant economy – and there is a story behind it.

The Reserve Bank of India data on around 2,700 non-government, non-financial companies released in August 2022 shows that the sales of these companies surged 41% and net profits increased by 24% over the last year. Even if these figures are deflated by the wholesale price index (WPI) which has been rising at above 10% during this period, the corporate sector surge far exceeds the growth of the economy. If one component of the economy is rising so rapidly, the other part, the non-corporate sector in industry, must be shrinking. The difficulty with the official data is that it does not independently capture the decline of the unorganised sector (it is proxied by the growing organised sector). If the true rate of growth could be obtained, the disjuncture between the official growth rate and the rise in the stock market would be even greater.

The government is arguing that tax collections are robust, thereby indicating that the economy is doing well. Indeed tax revenue has grown 52.3% according to the latest data. But this does not reflect the unorganised sector where most incomes are below the taxable limits and which is exempt from the Goods and Services Tax. No wonder, the survey of incomes by PRICE released at the start of this year shows the growing divide between the top 20% and the bottom 60% in the income ladder.

Shift in demand to organised sector

The divergence between the two sectors is visible. The head of the largest luggage manufacturer recently said that their growth is surging because the smaller units are not doing well. Same was said by a top manufacturer of leather goods and earlier by the chairperson of the pressure cooker industry. The annual report of Hindustan Unilever also mentioned that its market share has increased. The rapid expansion of e-commerce is at the expense of the neighbourhood retail stores. Such evidence is available all around.

Also read: The G20 Claims it Wants to ‘Recover Together’ – But Does it Really?

The government has been pushing for digitisation and formalisation of the economy on the plea that this will curb tax evasion and as more taxes are collected, better services can be provided to the marginalised. But the unorganised sector cannot cope with these changes which increase their costs, compared to the organised sector which is already largely digitised and formalised. No wonder, demand has been shifting from the unorganised and small units to the larger ones, spurring their rapid growth. This is also true of those units that are suppliers to the larger ones.

Colonial powers had conquered other lands to promote their own prosperity. They looted the colonised and framed the rules of economic gains such that their produce could out compete the produce of the colonised. While loot was often for a limited time, capturing the markets gave their economy a long-term advantage over the economy of the colonised.

The surplus from the colonised countries was drained out, which set back their development. Simultaneously, it enabled the economy of the colonisers to develop faster and helped them in developing their technology, thereby widening the gap between them and the colonised. In self-justification, the colonisers claimed to be `civilising the barbarians’. The benefits of colonisation were listed as the setting up of institutions, universities, railways, rule of law, etc.. The fault for the poor living conditions of the colonised was blamed on their own backwardness.

These arguments have a parallel in the claims of the government and the Indian organised sector. Formalisation of the economy is stated to be for the wider good, including the unorganised sector. It is argued that benefits of development (of the organised sector) will trickle down to the marginalised. The extraction of the surplus from agriculture, via terms of trade, both for industrialisation and the lifestyle of urban elites, is also said to be for the benefit of all, even though it pauperises most agriculturists and the rural areas.

The rules of economic gains enable the organised sector to corner most of the gains of development. The marginalised sections are expected to be satisfied with their meagre material gains. Often it is implied that the marginalised should be grateful for whatever little they have got. Rising disparities are justified on grounds of merit while glossing over the impact of skewed social development at the expense of the marginalised sections. Did the colonisers’ not have similar arguments? Globalisation which benefits the organised sector is also held out as progress for the country, while ignoring its marginalising impact.

Not only is the unorganised sector ignored in data, policies also ignore it even though it employs 94% of the workers and produces 45% of the output. This is the invisibilisation of this sector and quietly making its market available to the organised sector. But, the skewed development is reducing the size of potential future markets and that will slow down growth of the economy, as happened prior to the pandemic. This would lead to further clamour for concessions to support organised sector exports. That will further narrow the home markets, in a Catch 22 situation.

Watch: ‘RBI Was Prepared for Default in 1990, Even Considered Selling Properties Abroad’

The Atmanirbhar package announced by the government in May 2020 is a recent example of the rules of gains being set against the unorganised sector. It contained a package of policies for agriculture, designed to enable large businesses to capture the agricultural markets and eventually push the small and marginal farmers out of farming and turn them into agricultural workers. The policy makers seem unconcerned that this would aggravate the prevailing acute problem of unemployment and under employment. The labour code being introduced is another concession to businesses which will further marginalise the already marginalised workers.

Arun Kumar retired as professor of economics, Jawaharlal Nehru University, and is the author of Indian Economy’s Greatest Crisis: Impact of the Coronavirus and the Road Ahead, 2020.