While the first advance estimates released on Thursday will be revised, they help the finance ministry in the budget-making process. 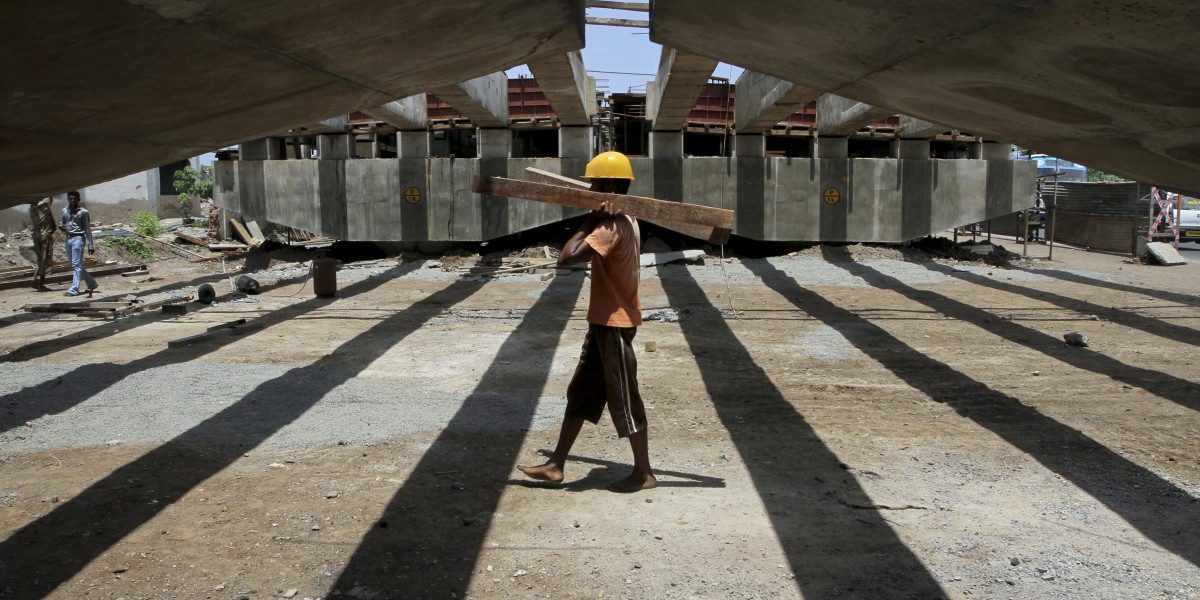 The GDP data indicates that the Indian economy is projected to contract for the first time in nearly 40 years as a result of the COVID-19 lockdown. Photo: Reuters

New Delhi: India may see a real GDP (gross domestic product) contraction of 7.7% for the 2020-21 financial year, according to new data released by the government  on Thursday evening.

Called the ‘first advance estimates’, the data released by the National Statistical Office (NSO) is not a surprise – especially given that a similar estimate of -7.5% has been put out by the Reserve Bank of India – but nevertheless indicates that the Indian economy is projected to contract for the first time in nearly 40 years as a result of the COVID-19 lockdown.

GVA or ‘gross value added’, which strips out indirect taxes and subsidies, is expected to show a contraction of 7.2%.

While the GDP projection for FY’21 will be revised in the ‘second advance estimates’, the first advance estimates released on Thursday are important as they serve as a broad blueprint for finance minister Nirmala Sitharaman and her team as they prepare to work out the fiscal math for the upcoming Union Budget.

Also read: If the Government Wants a Spending Push in 2021, Which Resources Can It Tap Into?

Data released by the statistics ministry shows that so far, GDP contracted by nearly 24% in the first quarter of this financial year (Q1) and by 7.5% in Q2.

While the RBI has projected the GDP slump for FY’21 at 7.5%, as noted above, the World Bank has a dimmer view and sees the economy shrinking by 9.6%.

In its recent ‘Global Economic Prospects’ report, the institution noted that India’s informal sector had seen severe income loss during the pandemic.

“In India, the pandemic hit the economy at a time when growth was already decelerating. The output is estimated to contract by 9.6% in fiscal year 2020-21, reflecting a sharp drop in household spending and private investment,” it said.