What Can Be Done to Ensure the Wheels Don't Come off the Indian Economy?

The packages announced so far are welcome but cannot ramp up production, trade and employment after the lockdown is over. In light of the lockdown imposed to limit the spread of the coronavirus infection, the much-awaited economic package for the poor has not come a day too soon, as daily wage labourers and migrant workers face a far grimmer situation than was imagined by most.

Soon after this, a set of measures was  announced by the Reserve Bank of India (RBI) to help the banking system and businesses.

India’s economy is in the doldrums due to the national lockdown, as indicated by the decline in energy consumption. Reports suggest a decline of at least 30% in electricity and diesel consumption and this indicates a big reduction in production and transportation.

However, even before the complete lockdown was announced on March 25, economic activity has been limping since at least since the early part of March due to supply disruptions. Now, production is possibly only about 20-30% of the normal. Since production usually peaks in March, the loss of output for the year ending on March 31, 2020 will be significant. Next year will be impacted even more since the impact of COVID-19 may persist for months after the lockdown is lifted in April.

The package announced for the poorest and the farmers is highly welcome, but is it adequate? It is said to be worth Rs.1.7 lakh crore. This is for three months and perhaps more will be allotted if the situation does not normalise. 80 crore people are being promised grains and lentils. Workers under the MNREGA are to get increased wages and farmers under the PM Kisan scheme will get an immediate instalment of the Rs 6,000 promised to them annually. Senior citizens, women and workers in the organised sector are all to be given relief in different ways.

Not all of this is from the budget or fresh allocation, so the budgetary implication will be less than what the figure of Rs.1.7 lakh crore suggests. For instance, some money is to come from the EPFO, Provident fund, Central Welfare Fund and the District Mineral Fund. This is welcome but perhaps more needs to be done since the loss of income of the people being targeted is far greater than the sum being offered to them. 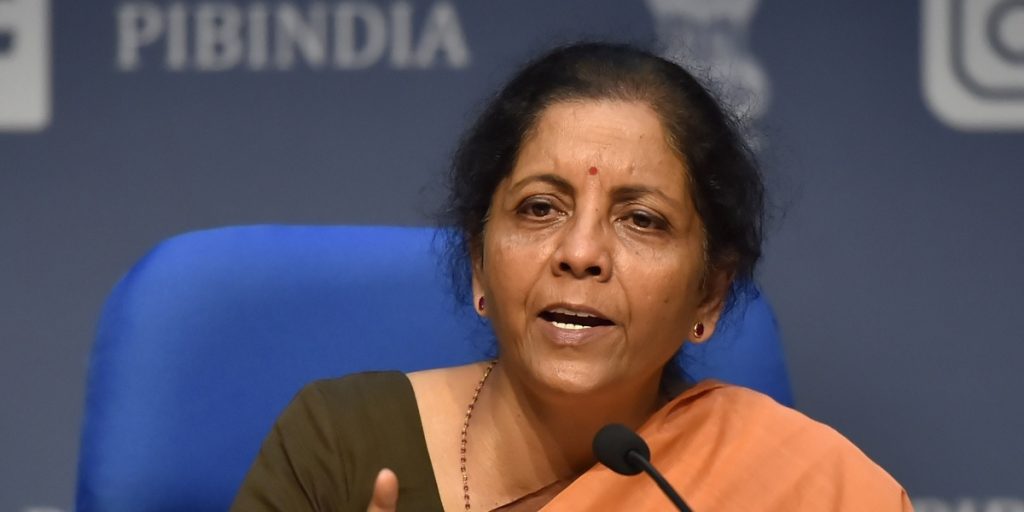 If in a month, 75% of overall output is lost, assuming uniform production throughout the year, Rs 13 lakh crore of incomes will be lost. 45% of this (about Rs 6 lakh crore) will be the loss of the unorganised sector where the poor work.

Given that the lockdown is likely to persist and the economy would recover slowly after that, the loss of incomes in a year will be a multiple of that. The unorganised sector lives in a state of poverty and with this level of disbursement by the government they will not even be able to sustain themselves at the pre-crisis level of poverty. Thus, the government would have to allott much more resources. The only thing one can say is that the package will help them to survive, if implementation can be guaranteed. And, that is a big if.

The FM repeatedly clarified that the package is only for the marginalised and not for businesses.

This is important since Rs 1.7 lakh crore is 0.85% of the current year’s GDP of about Rs 200 lakh crore. This seems negligible in comparison to the US package of $2.2 trillion which would be about 11% of their GDP. But that package is for the full year and not just for the poor but for everyone, including businesses. So, it is not comparable to what has been announced in India. The important thing is that the US package was worked out with bipartisan support of both the ruling party and the opposition.

In India too, there is a need for the ruling party and the opposition to work together. Whatever is announced has to be implemented in states and many of them are ruled by the opposition parties, so they need to be on board. There is much confusion with different orders and strategies being adopted by the Centre and the states. For instance, on allowing migration, supply of essentials at home, transportation of goods, there are differences in approach. To ensure coordination, under the PM, there should be a committee of chief ministers and under the cabinet secretary, there should be a committee of chief secretaries and DGPs of the states.

Given the poor state of governance in the country, many government orders do not get implemented and currently, with the prevailing confusion, things will have a tendency to go haywire, as seems to be happening. Implementation of the most important steps depends on the state governments, so they should be on board – the time for cooperative federalism is now. That would enable a more complete package to be drawn up, keeping in mind State level specificities and the urgent need to prevent the situation from deteriorating.

In India, with very limited testing and large numbers moving from one area to another, we do not know how many people are already infected and where they are. Many are going from urban to rural areas due to loss of work and they have little to eat. If these people have already contracted the disease, they would spread it wherever they go. With rural areas having limited health facilities, the problem could turn acute.

What we are facing is above all a health emergency which has translated into an economic one. At present, we are ill-prepared for it since there is a shortage of everything: medical personnel, hospital beds, protective gear and testing kits. We need to anticipate and prepare ourselves for the likelihood of a rapid spread of the disease in the coming days, as it has happened in other countries, where testing was limited to begin with and few were tested. So, an immediate package on health is required. Testing has to be rapidly scaled up and should be done free of cost, so that the poor come forward. At Rs 4,500 per test, the poor who are not able to afford food will hardly come forward for testing.

Secondly, facilities should be planned for the isolation of the patients. Plans should be put into place to rapidly convert colleges, hostels, hotels, community centres into isolation wards and hospitals. Thirdly, there would be a need for equipment and protective gear. Its production should be ramped up now by asking specific factories to retool and produce these items. Fourthly, since the shortage of medical personnel will get aggravated, medical students and students of nursing should be drafted to act as paramedics and trained immediately. Retired medical professionals should be invited to make themselves available if the need arises.

The Charminar Unani Hospital and College which has been prepared for the level-1 COVID-19 patients, in old city of Hyderabad, Monday, March 30, 2020. Photo: PTI

Farmers also need greater support and that may have to be on top of the income support being promised, namely, the immediate release of Rs 2,000 under the PM Kisan Scheme. The Rabi crop is likely to be a bumper one and it is now going to come into the market but trade and transportation are severely disturbed. So, the farmers may either not be able to sell or could dump their produce at low prices. So, their income could fall sharply, like, during demonetisation. As such, the support they would need would be much larger. Additionally, the government should expand procurement so as to cover many more crops under it. This could be distributed to the consuming centres via an expanded public distribution system.

These two moves would neatly dovetail into each other. It is necessary to supply basics to the urban populations so that they do not come out in large numbers to buy essentials. If they do, the purpose of lockdown would be defeated. What is being proposed would be a herculean task but it is required. These are the times when difficult tasks have to be performed. Public transport has stopped, so a large number of buses are available to perform this task in each city. There are also a large number of buses at the airports which are idle. With the help of the police and army, equitable public distribution should be ensured. This would also curb malpractice in trade and profiteering by traders.

The RBI’s sudden announcement on March 27 is a big package to help the financial sector cope with the developing crisis, which is likely to result in large scale business failures. When production and sales stop, inventories pile up and wages may still be paid for a while. This results in losses and exhaustion of working capital and production becomes difficult to carry on.

Restarting businesses becomes difficult. As incomes decline or stop, repayment of loans and payment of interest becomes difficult. The financial sector is interlinked – so default by one can lead to a domino effect leading to many firms and financial businesses to collapse. The middle classes may find it difficult to pay EMIs. To ease these kinds of eventualities, the RBI has given a moratorium on repayment for the coming three months. To lower the costs of business, it is acting to lower interest rates. Further, it is trying to ensure availability of liquidity for investment. But that is not the problem since banks are flush with funds as the demand for credit from businesses has dried up – a consequence of stoppage of production and investment activity.

But this is not the usual business cycle in which these monetary and fiscal policies can have an impact. When production has largely halted and business and consumer sentiment is at rock bottom, consumer demand and investment are not going to revive anytime soon, even after the lockdown is over.

In brief, the packages announced are welcome but cannot ramp up production, trade and employment. What is required is to protect human life and for that the poor who are facing a challenge of survival need to be taken care of. A package on health, expanded procurement and wider public distribution is needed immediately. Production and distribution of essentials must continue. This is not just a financial challenge but also an organisational one, given the poor state of governance in the country.