What India needs is a long-term vision, yet it is concerned with balancing the government books alone. 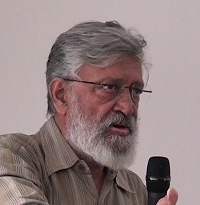 In June 2019, President Ram Nath Kovind, addressing a joint sitting of both houses of parliament gave an assurance that “the government will soon announce a new industrial policy.”

Even before announcing a policy, radical changes are being undertaken, reflecting not only poor governance but the denial of any form of public or parliamentary debate. There is growing evidence that public sector companies and assets are being sold to bridge the fiscal deficit. Are priorities being driven by fiscal compulsions rather than issues arising out of national and international economic and security environment?

India was decolonised barely seven decades ago. Industrialisation had to be undertaken within serious constraints such as,

i) uneven distribution of resources, income, and political power, and the consequences of the concentration of wealth, resources and power in socially unaccountable private hands,

iv) power of international cartels and multinational corporations and their home governments.

All these concerns had to be addressed along with a multitude of social and economic problems accentuated by abysmal poverty, and a weak capital base. It was only through reasonably good policy and planning, careful deployment of resources, uncomfortable restrictions, coupled with a shrewd foreign policy that a strong base could be built.

The situation today is characterised by uncertainty. More than ever before, the ability and resilience of the governments of the Third World in dealing with international pressures, particularly political and economic sanctions, is perhaps the most important concern.

The very same forces that, in the name of competition, created institutions like the World Trade Organisation, in order to prance open, with a crowbar, the markets of the Third World are today seeking protection for themselves.

Also read: The Ugly Side of the Relentless Demands Made Upon India’s Public Sector Banks

There is an eclipse of long-term policies in transnational trade diplomacy. The Bretton Wood twins that supported the state’s role in building infrastructure, like electric power, withdrew support following the Reaganite-Thatcherite neo-liberal paradigm. They are now pushing market reforms and changes in the legislation of Third World countries to enable foreign investments to take control of non-governmental institutions like the World Economic Forum, that had been created to usher in an era of public-private cooperation.

Given this domestic and international framework, where does the regulatory power of the state fit in?

Even with public sector presence, market intervention has been difficult as in the years following 1991, most of the sectors have had to be regulated by independent regulators. The government needs instruments that would enable it to make market interventions, either to control prices or handle distress conditions, or manage or control the predatory behaviour of multinational corporations, backed by their home governments.

Since 1991, what we have witnessed is the steady growth of crony capitalism enabled by regulatory capture. Gaining and retaining “investor confidence” has become the most prominent consideration in economic policy formulation.

Can the state afford to withdraw from basic infrastructure? Photo: Reuters

A critical question that begs an answer is, at the given stage of economic development and given the size of India, should the state withdraw from basic infrastructure?

First, with the sale of Air India, the entire commercial airlines or civil aviation sector would move over entirely to the realm of the private. When the Air Corporation Act was amended, airlines which had been operative then, like Deccan Air and ModiLuft collapsed overnight. Recently, two airlines, Jet and Kingfisher have collapsed. Many of the concerns expressed in 1950 by the Air Transport Inquiry Committee (headed by Justice G.S. Rajyadhaksha) are still valid, and the roots of the collapse can be traced to some of those concerns.

i) availability in emergency, and

ii) utilisation of equipment, workshop and training by the Indian Air Force.

Second, with the government’s emphasis on private renewable energy generation, as well as coercive pressure being put on state governments to bring about the privatisation of distribution, reducing the government’s share in NTPC and BHEL to about 26%,  it’s a matter of time before the power sector also moves over entirely to the private sector.

Power in the present day should be a fundamental right. Can the state abdicate its responsibility for a fundamental right? What would be the political consequences of such a thing? The recent Supreme Court order requiring private telecom companies to pay the government almost Rs 92,000 crores, is sure to lead to the closure of most of them except for Reliance Jio. The spectre of a private monopoly or duopoly is staring Indian telecom in the face. The shutdown of telecom in Kashmir has unambiguously established the critical role of the telecom sector.

The entire telecom sector would have shifted to the private sector had the sale of MTNL and BSNL not been put on hold. The revival is dictated by two concerns. Both MTNL and BSNL have been driven to closure by policy and selling them ‘as is where is’ would have been akin to a garage sale.

What is the state of the private sector? Between the telecom and power sectors, private sector companies have almost 10 lakh crores of outstanding debt with banks. Instead of competition there is growing evidence of monopoly and oligopoly. In the telecom sector for example, one company has, with state support, become the market leader and is going towards monopoly control over the entire spectrum of IT applications. The situation is no better in the social sector where medical indebtedness is one of the critical reasons for India’s household debt surging 1.8 times from Rs 3.7 lakh crore to Rs 6.74 lakh crore between 2016-17 and 2017-18. It has been growing at an annualised rate of over 13% in the past five years.

Even in sectors where geo-politics and national security should be the principal concern, there is ad-hocism and absence of a long-term perspective. The petroleum sector is fraught with the danger of powerful multinationals and their home governments destabilising the indigenous sector. ONGC was made to purchase HPCL not as part of a master plan to create an integrated oil major in India, but just to extract the surplus funds available with ONGC.

Has the nation forgotten that during the war with Pakistan, leading to the creation of Bangladesh, Caltex the US company, refused to cooperate with the government of India and that was the main motivator for nationalisation?

The policy of the United States is spelled out quite unambiguously.

“George Kennan, Chief Planning State Department of Policy Planning, proposed in 1949 that US control over Japanese oil imports would help to provide “veto power” over Japanese military and industrial policies. This advice was followed. Japan was helped to industrialise but US maintained control over its energy supplies”.

Today, more than ever before, one needs to ask, how would India handle economic and political sanctions that have become the staple diet of US foreign policy? With Reliance selling 20% stake in oil-to-chemicals arm to Saudi Aramco the multinational entry into this sector has started. In such a geo-political framework, what instruments are left with the government of India to prevent them from being taken over by the much more financially and politically powerful multinational oil giants?

Even vital public sector units providing national security are being subject to ad-hocism. If the imports of components made by the public sector is included, the import content in the defence sector is close to 85%. The public sector, together with Defence laboratories, have been able to acquire some strategic technologies and manufacturing capabilities that have supported the Indian Armed forces in three wars. It is important for the government to clearly define the role they envisage for the public sector, in the overall Defence policy.

Industrialisation requires much more than mere slogans like “Make in India” Neither privatisation nor making concessions to private and multinational capital or ease of business has achieved any noteworthy results.

There is a need for a long-term vision and very systematic and concerted planning by the public sector enterprise. With all of this, the government needs to work in unison. A comparison between China and India is worth noting. There are hardly a dozen countries in the world that have an equivalent of BHEL. China was a late starter. While the Indian market was intermediated by World Bank and other foreign funds, requiring mandatory international competitive bidding based on specifications finalised by the World Bank, China ensured that if foreign and domestic manufacturers had the same terms and conditions, preference was given to the domestic manufacturer.

With global emphasis on climate change, China realised the compulsions of shifting away from coal and quickly moved towards becoming a leading exporter. The 34 private thermal power producers set up in India imported entire equipment from China. These imports were equivalent to four years worth of production of BHEL. Today, the entire power equipment manufacturing industry in India, including the private sector, is working on less than 30% installed capacity.

Dismantling instruments designed to address the concerns raised above, without a long-term vision, based on short-sighted concerns like the balancing of government books would jeopardise the future of the growing population, living within the confines of a limited and highly skewed resource base. The least that the government can do is to subject their irreversible policies to public and parliamentary scrutiny.