Why India Needs the Left

The Left alone can provide a way out of the socio-economic and political dead end India is in now since it can provide an agenda transcending neoliberal capitalism. 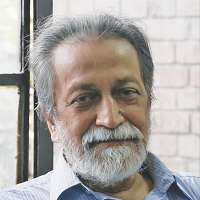 Neoliberal capitalism, which India in common with most other countries had adopted of late as its economic regime, has now reached a dead end. Not only is the economic crisis that began in 2008 persisting in metropolitan countries, but it has now even spread to countries like India and China which initially appeared immune to it. The only way that a new world boom can arise within the neoliberal regime, where state intervention in demand management through fiscal means is considered anathema, is through the formation of a new asset-price bubble. But such bubbles are not made to order; and even perchance if a bubble does get formed, its inevitable collapse would again bring world capitalism back to a crisis. A period of protracted stagnation in world capitalism, therefore, lies before us, which also entails a stagnation of the Indian economy. The Narendra Modi government’s mindless interventions in the form of demonetisation or a Goods and Services Tax (whose most notable feature is heavier taxation of the informal sector) only compound this problem.

Even earlier, when the Indian economy was apparently growing at unprecedented rates, the petty production sector including peasant agriculture was getting drastically squeezed, a consequence of which was the suicide of more than three lakh peasants over the past two decades. This was because the neoliberal regime entails not, as is commonly supposed, a withdrawal of the state from the economy as such and “leaving things to the market”, but state support exclusively for the interests of globalised capital, with which the domestic corporate-financial oligarchy is closely integrated. It entails, therefore, state withdrawal from its earlier role of sustaining and defending petty production. Petty production under neoliberalism is left free to be “spontaneously” encroached upon by the capitalist sector, which unleashes upon it a process of what Karl Marx had called “primitive accumulation of capital”, reminiscent of the colonial period that had been marked by a similar process.

The profitability of peasant agriculture drops sharply compared to the earlier dirigiste era, and the vicissitudes of world price fluctuations visit this sector freely, as its insulation from the world market, especially in the case of commercial crops, is ended. Distressed peasants start migrating in large numbers to the urban economy in search of jobs, but jobs are hard to find, owing to the limited growth of employment opportunities. Instead, they swell existing labour reserves that get manifested in a proliferation of casual employment, intermittent employment, disguised unemployment and “petty entrepreneurship” (a euphemism for disguised unemployment).

As a result, the distress of the peasants causes a more widespread distress of the working population as a whole, including even of the workers in the organised sector, since the bargaining strength of the trade unions decreases owing to the growing labour reserves.

Neoliberalism thus affects the petty production sector both on the supply side (since output gets adversely affected because of an income squeeze on producers) and on the demand side (since demand gets adversely affected owing to the income squeeze on the working population as a whole). In India, significantly, the per capita food grain output between 1990-91 and 2013-14 (both good crop years) has remained almost stagnant, suggesting a supply-side squeeze, while per capita food grain availability has declined by 4%, suggesting a squeeze on the purchasing power of the working population in general.

The extent of hunger in the country was recently highlighted by an IFPRI index that ranked India 100th in a list of 119 countries afflicted by hunger (which excludes the advanced countries). What is less known is that during these very years when hunger has stalked the country, India has been a significant net exporter of food grains to the world market, where such grains are used as feed grains for animals in rich countries.

Poverty in India is conceptually linked to a calorie norm: of 2,200 calories per person per day in rural India and 2,100 in urban India. The percentage of the rural population below 2,200 calories has increased from 58 in 1993-4 to 68 in 2011-12 (a good crop year); a similar result holds for urban India. All claims about a reduction in poverty during the period of neoliberalism, therefore, are without any foundation.

With the spread of the world crisis to India, the squeeze on the petty production sector has intensified. In the period between 2013-14 and 2016-17, which corresponds to the three years of Modi government, the per capita income of the agriculture-dependent population which is roughly half the country’s total population, has not increased at all; indeed it has marginally declined. And this excludes the impact of demonetisation on agriculture, where it has pushed up the debt burden.

Neoliberal capitalism, which India in common with most other countries had adopted of late as its economic regime, has now reached a dead end. Credit: Wikimedia Commons

On the other side, as is well known, there has been a rapid increase in the share of income and wealth of the top 1% of the population. Indeed, their income share is higher today than at any time since 1922 (when the income tax was introduced).

The crisis has hurt not only the petty producers (global terms of trade between primary commodities and manufacturers are now moving against the former), but also the middle classes, many of whom had been beneficiaries of neoliberalism. The government’s Labour Bureau data shows that “usual principal status” employment in the age group 15 years and above has actually declined in absolute terms by 37.4 lakhs between 2013-14 and 2015-16. Even the urban middle class now faces the grim prospect of unemployment.

It is this scenario, which is not confined to India alone, that has produced the current global upsurge of fascism. Nowhere as yet do we have the institution of a fascist state, but fascist elements are in power in many countries, including ours, wanting to usher in a fascist state. Such fascist elements exist normally as a fringe phenomenon in all bourgeois societies, but they come centre-stage in periods of crisis, when established bourgeois political formations are incapable of providing any solutions to the crisis and when working-class parties are too weakened and debilitated to fill the void; and they do so with the support of big business which uses them as a bulwark against any potential threat to its hegemony. Their agenda for resolving the crisis consists not of any concrete thought-out measures, but in projecting a “messianic” leader and ruthlessly subjugating the “other”, usually some hapless minority group, which is made responsible for the crisis.

Of course, what we have today is not a replication of the fascism of the 1930s. It is also marked by country-specific characteristics. But it has the basic features of all fascism: the propagation of a “supremacism” (“white supremacism” in the West, “Hindu supremacism” here); an apotheosis of unreason (manifested in “supremacism” and the projection of a “messiah”); a grassroots movement (which distinguishes it from mere authoritarianism) and an alliance with big capital. (Modi’s “achievement” in India consisted in effecting such an alliance between the RSS and Indian big capital).

There is, however, a major difference between the 1930s and now. The 1930s were a period of intense inter-imperialist rivalry, because of which, fascism, wherever it came to power, undertook large-scale military expenditure which actually got those economies out of the crisis. Japan in 1931 and Germany in 1933 overcame the Great Depression through militarisation, long before the liberal capitalist economies, which overcame the crisis only in the late 1930s, in the run-up to the war. But the world today is not marked by intense inter-imperialist rivalry since globalised capital does not want the world broken into rival “economic territories” that would impede its free global movement. Big capital in particular countries, while backing the fascists, therefore does not want any basic undermining of the neoliberal regime. This is clear in India from the Modi government’s total commitment, if anything, to a super-neoliberalism. This will not overcome any crisis.

Also read: Does the Economy Really Matter When it Comes to Winning Elections in India?

The country is thus trapped today in a cul-de-sac: a worsening economic crisis for which there is no answer within neoliberalism; an attenuation of democracy that threatens people’s political rights; and, given Hindutva’s fundamental commitment to a communal agenda and the caste system, a social counter-revolution that would roll back whatever social achievements we have had over the last 100 years, conceptualised inter alia by the Karachi Congress resolution of 1931.

The liberal bourgeois political formations, committed as they are to neoliberalism, cannot provide a way out of this cul-de-sac. The Left alone can, since it can provide an agenda transcending neoliberal capitalism. It has to mobilise all the forces opposed to the fascists, for the defence of democratic rights and around a minimal programme of relief for the people. As contradictions arise in the process of implementing even such a minimal programme within the framework of a neoliberal regime, it can work progressively towards overcoming this framework itself through a set of changing political alliances.

I consider, apart from the restoration of democratic institutions and freedoms, the institution of a set of universal, justiciable, economic rights as the core of such a minimal programme. These would consist of the right to food, the right to employment, the right to free and quality healthcare (through a National Health Service), the right to free and quality education through government-run neighbourhood schools and the right to adequate old age pensions and disability benefits. These will not cost more than an additional 10% of our GDP but will go a long way in extricating us from our current predicament. The Left alone can take a lead in this direction.