How Can India’s Judiciary be More Economically Responsible?

There is no reason for courts to not take expert assistance in complex matters and it should resort to this route more often. 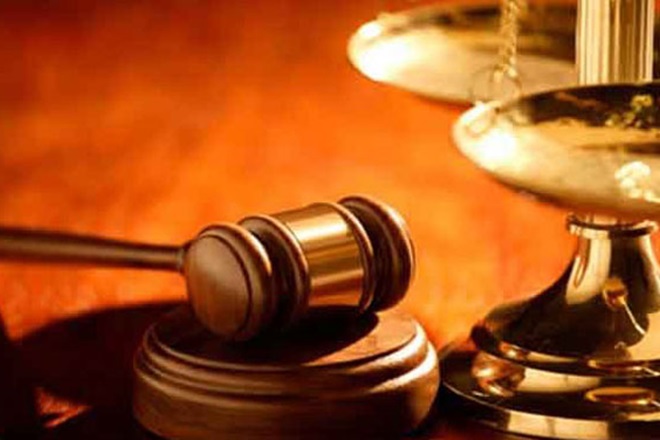 In India, and indeed many countries around the world, development work is seen at a crossroads with protecting the world’s natural environment.

Agriculture is the oldest and biggest intrusion into nature, which has historically upset our ecological equilibrium. Besides this, forests have to be cut down; rivers have to be dammed to provide irrigation. All this, and more, is done to enable our people to grow food, clothe themselves and provide shelter.

Undoubtedly, governments have to ensure that development takes place with the least harm to the environment based upon necessity tests and positive obligations. In a developing country like India, this assumes greater significance for governments which are duty bound to provide employment opportunities to the teeming millions, many of whom live in poverty.

The ‘development versus economic growth’ debate has led to the evolution of healthy environmental movements, policies and institutions, coupled with a sensitive bureaucracy and judiciary to act as a check and balance. These stakeholders have made stellar contributions to preserve environmentally sensitive and fragile areas. More powers to their elbows.

Sometimes, however, the powers that be go overboard with their judgment resulting in avoidable economic harm and absence of comprehensive justice to the affected people. With the support of NITI Aayog, we have been engaging in several studies of judicial orders with the clear remit of looking at their costs and benefits rather than evaluating the validity of the orders themselves.

These studies are not aimed at examining how judges can ‘help economics beat environment concerns’, as some may claim. In fact, not all the orders under review relate to the environment, and include verdicts in areas of public health and allocation of natural resources.

The purpose is simple. Did the orders meet their objectives or not, how did they impact different stakeholders (not only parties), and is it possible to design an efficient alternative mechanism or remedy to help judiciary consider varied stakeholder perspectives before giving an order?

For instance, we found that the Supreme Court’s order prohibiting sale of alcohol on highways did not lead to any reduction in drunken driving cases. In fact, retail outlets suffered economic and job losses due to reduction in sale of alcohol. In a stretch of 1000 km of a highway passing through select locations, we estimated the losses to be nearly Rs 500 crore, with no palpable benefits. Just imagine the total costs for the whole country.

It is nobody’s case to question the validity of a court’s order. We merely suggested that the court could have appointed an expert committee to examine the issue in depth, analyse its enforceability and then take action, as it has done on several occasions. After all, the judiciary is funded by public money. Should the public not have an opportunity to review the quality of orders?

One may argue, as several have, that examining the economic impacts of its orders is beyond the judiciary’s remit. A counterpoint could be that every order of the judiciary is likely to have an economic impact, big or small. Thus, an attempt to narrow the scope of judicial analysis to only environment or equity considerations is not only futile, but also counterproductive.

India’s higher judiciary is increasingly dealing with extremely complex issues interlinking law, economics, environment, technology, intellectual property, competition, privacy, trade and allied fields. An inability or unwillingness to take into account economic considerations is putting a significant number of jobs at risk, and a substantial amount of existing and potential investment in peril. This impacts the whole economy with the poor facing the worst burden. Therefore, the calls for economically responsible justice are not only fair but also timely. This movement to integrate law and economics is not limited to India but has gained pace in several other countries as well.

Again, being economically responsible is not akin to being environmentally, equitably or socially irresponsible. In fact, in our ongoing study, we are finding the reverse to be true. Orders supposedly upholding environment interests are significantly and adversely impacting vulnerable stakeholders who had no direct role in environment degradation.

Why should the economic interest of thousands of employees, vendors and small entrepreneurs squarely dependent on a polluting entity not be considered by the courts while discussing possible solutions to pollution problems? Why is shutting down a plant the most preferred option? Is it because of its simplicity and obviousness that courts need to refrain from considering more nuanced practical alternatives like a graded community centric course correction plan to reduce pollution levels within a predetermined period and heavy economic disincentives for being unable to do so? Such alternatives have the potential to result in substantially similar gains for the environment while limiting the losses for the economy. 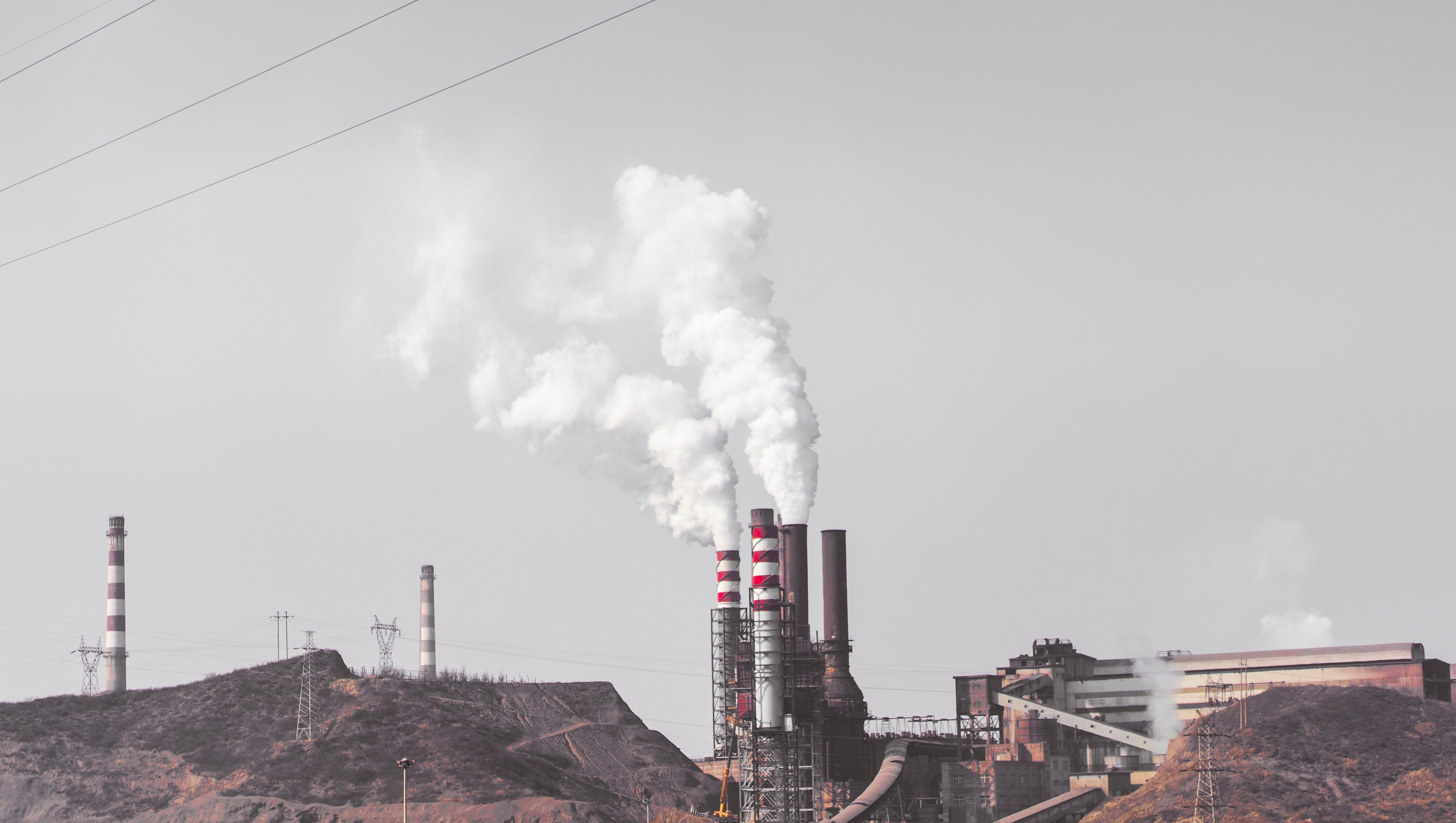 The Supreme Court itself in Shivshakti Sugars Limited vs. Shree Renuka Sugars Limited case stressed on the need to avoid that particular outcome which has a potential to create an adverse effect on employment, growth of infrastructure or economy, or the revenue of the state. It also stated that when a case presents with a possibility of two approaches and if the law permits discretion to the court, then the court shall lean towards a position that promotes the economic interests of the nation. Does this mean the court is against the environment? No. This just means that the time is ripe for the courts to broaden their horizons to consider economic, equity and environment considerations while making decisions.

Also read: What Does the 2021 Union Budget Do to Improve Air Quality?

In fact, there are several instances wherein the courts have been able to achieve such fine balance, such as the Supreme Court’s intervention that led to the adoption of CNG and consequent economic benefits and when it directed that overhead power transmission lines in Rajasthan to be laid underground to shore up the plummeting numbers of the Great Indian Bustard.

How can this be done more often? While training judges on basic economic principles can be a medium-term strategy, a more immediate and practical strategy could be institutionalising the mechanism of expert committees which can aid judges in considering diverse perspectives and collecting desired evidence.

Doing so is well within powers of the court. The Code of Civil Procedure gives discretionary powers to courts to summon any person as a witness, whom the parties to the suit have not brought forward. A recent amendment to the Specific Relief Act empowers courts to get expert opinion and secure their attendance for providing evidence. There are similar provisions in the Indian Evidence Act and the Arbitration and Conciliation Act.

Several precedents exist wherein courts have appointed expert committees to support them, the latest one being in the matter of farmers’ protest. Previous instances include Mudgal and Lodha committees on betting and match fixing in IPL; Madhava Menon committee on political advertisements; Radhakrishnan committee on road safety; Eradi and Pasayat Committees on consumer courts, and Ravi Chopra committee on hydropower projects. There is no reason for courts to not take expert assistance in complex matters and it should resort to this route more often.

For instance, in the coal block allocation case, wherein the Supreme Court cancelled allocations made over a period of two decades, constitution of an expert committee to examine merits of each allocation, and directing allocations involving corruption or favouritism to compensate the losses occurred to the exchequer by way of penalty, might have been a better alternative.

Expert assistance coupled with rapid technological advancements provides an opportunity to take balanced decisions. The sooner we realise this the better it will be for peaceful co-existence of environment, people and economy.