A new report by the Economic Advisory Council to the Prime Minister throws up sobering figures on the inequity levels in India.

Mumbai: If you earn a salary of Rs 25,000 or higher, then your pay ranks in the top 10% of the total wages earned in India. The State of Inequality in India report released by the Economic Advisory Council to the Prime Minister earlier this week sheds light on the economic polarities of income profiles in the country.

The EAC-PM report has recommended that the government should consider formulating an urban equivalent of the Mahatma Gandhi National Rural Employment Guarantee Scheme that would offer guaranteed employment to the urban workforce.

It has also asked the government to consider raising the minimum income level and introducing a universal basic income.

Extrapolating from the Periodic Labour Force Survey, the report stated that the top 1% in India earns thrice as much as the bottom 10%.

What is more sobering is the fact that this trend in income is not an aberration. 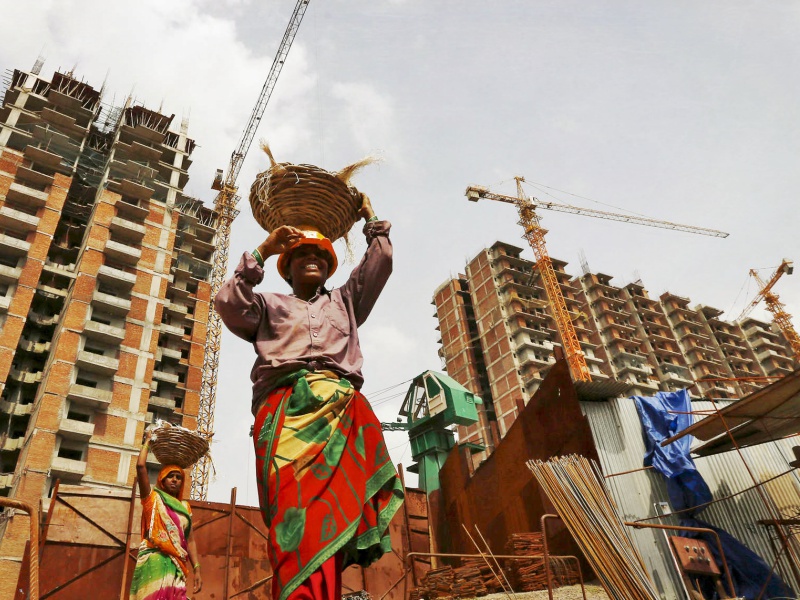 ‘The top 10% have pocketed more than 30% of the total income’. Photo: Reuters

Meanwhile, the top 10% pocketed more than 30% of the total income.

As per the PLFS data for 2018-19 and 2019-20, nearly 15% of the entire workforce earned less than Rs 50,000 a year, which comes down to Rs 4,166 per month or less. What further compounds the situation is that the PLFS data for the two years mentioned reported negative and zero incomes, indicating that several households have no disposable income or their debts and borrowings exceed their earnings.

The report by the EAC-PM also points towards the massive gap in terms of household wealth between rural and urban spaces in India.

Among states and Union Territories, Chandigarh, Delhi, Punjab, and Goa have accounted for more than 50% of households in the highest quintile. 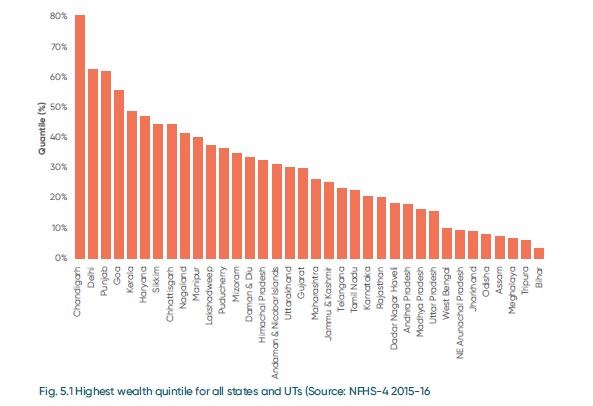 At the same time, states like Bihar and Jharkhand have recorded the highest concentration in the bottom-most quintile (with Bihar capturing nearly 51% of households in the lowest quintile).

Both states happen to have less than 10% of the concentration in the topmost quintile as well (Bihar at a mere 3.3% and Jharkhand at 8.8%).