What Does Being ‘Vocal about Local’ Mean for India’s Global Trade Strategy?

The resolve to boost domestic manufacturing is commendable, but there should be no confusion when it comes to New Delhi’s support for economic globalisation. 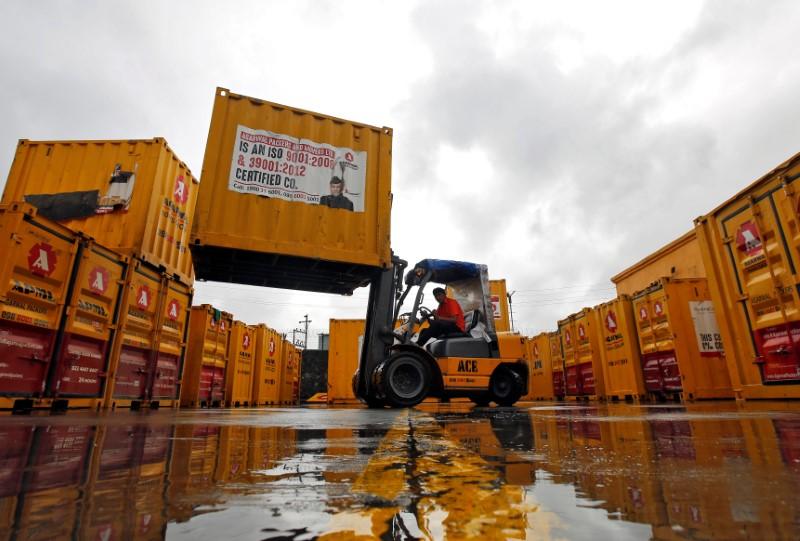 A forklift operator stacks containers at the godown of Agarwal Packers and Movers Ltd. on the outskirts of Mumbai, India June 29, 2017. Photo: Reuters/Shailesh Andrade

No matter what the spin-doctors might say, Prime Minister Narendra Modi’s recent sales pitch of  ‘vocal about local’ – the Indian equivalent of US President Donald Trump’s ‘America First’ – is an endorsement of his government’s populist nationalism in matters of economic globalisation and international trade.

When Modi romped to a massive and decisive victory in 2014, neoliberal globalists believed that India would unflinchingly embrace globalisation and undertake economic reform by the courage of conviction, not by stealth. Indeed, at global forums, Modi often batted for economic globalisation.

In his 2018 speech at the World Economic Forum at Davos, Modi slammed rising trade protectionism. Unlike other populist leaders like Trump, Modi did not defy the international economic global architecture dotted by multilateral institutions like the World Trade Organisation (WTO).

However, at home, his government has been deviating from the path of trade liberalisation on which India embarked in 1991. The late Arun Jaitley, in his 2018 budget, admitted to this when he made a “calibrated departure” from the decades-long policy of cutting tariff rates.

Finance minister Nirmala Sitharaman took this legacy forward by raising tariffs on several products to shield the domestic industry. She also mooted a potentially WTO-inconsistent amendment to the Customs Act of 1962, giving the government the power to ban the import or export of any good (not just gold and silver as it applied earlier) to prevent injury to the economy. The logic behind increasing tariffs on imported goods is to provide an assured demand for locally made goods. However, many of these goods may be used as inputs by the domestic industry, thus increasing the costs for domestic industry.

The recent amendment of the foreign investment rules by India so as to discourage Chinese investment in India – something that may not be consistent with India’s WTO obligations – also smacks of protectionism.

Was it because of this rising protectionism and fear of global competition that India chickened out at the last minute from joining the 16 member strong Regional Comprehensive Economic Partnership (RCEP) agreement? In the last six years, India has not signed any worthwhile free trade deal. ‘Vocal about local’ epitomises this trade protectionism and pushes a flawed and oversimplified economic logic that domestic manufacturing can be resurrected by actively encouraging (even forcing) customers to buy products ‘made in India’. So police canteens including that of the paramilitary forces have been directed to only sell goods ‘made in India’. Likewise, the central government has decided that it will not buy goods or services valued less than 200 crore rupees from global companies.

The resolve to augment domestic manufacturing in India – which despite the high-octane ‘make in India’ campaign for the last six years has remained almost stagnant – is praiseworthy. However, the policy measures adopted to achieve this goal are unsound as they mark a relapse to protectionism. India’s economic experience of the first four decades after independence amply demonstrates that a protectionist and a highly controlled economic model do not yield a competitive and proficient manufacturing sector. 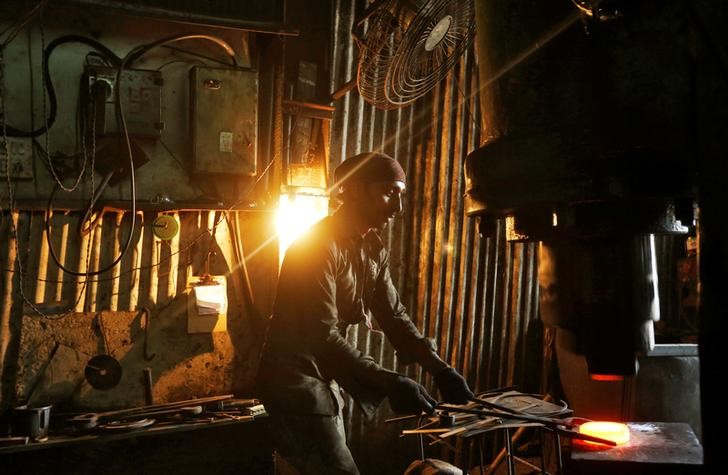 A worker operates a hydraulic press machine at a workshop manufacturing flanges for automobiles in Mumbai, India, May 29, 2017. Photo: Reuters/Shailesh Andrade

Moreover, the government should remember that consumers (those who buy finished products or industrial users) in a marketplace act as rational utility maximisers looking for the best return on their money. To cast a ‘nationalistic’ obligation on them to boost domestic industry instead of undertaking reforms that would improve domestic industry’s competitiveness is fallacious. Moreover, to expect the world to buy goods ‘made in India’ when we close our markets to foreign goods would be like living in a fool’s paradise!

In openly encouraging people to buy locally made goods, the prime minister is not only advocating discrimination against imports but also sowing seeds for a backlash against economic globalisation. As economist Dani Rodrik argues hyper globalisation has led to a political backlash in the West because there is a huge group that identifies itself as ‘losers’. But, this is not true for countries like India. According to the International Monetary Fund (IMF), India has been one of the beneficiaries of economic globalisation. After integrating with the global economy, India witnessed unprecedented prosperity.

According to World Bank data, India’s Gross Domestic Product (GDP) in 1960 was a mere $37 billion, which increased to a modest $270 billion by 1991 – a pretty flat rate of increase. However, after integrating with the global economy in 1991, India’s GDP galloped from $270 billion to $2.719 trillion by 2018 – a quantum jump and a very steep rate of increase that helped India pull millions of people out of poverty. This is not to suggest that GDP is the only indicator to measure prosperity or that problem such as rising income inequalities in India don’t matter. But, an increase in a country’s national income is critical as it provides the much-needed resources to pursue social and economic development.

This faulty economic logic that might take India back to the pre-1991 import substitution era has its roots in the Hindutva ideology of the Sangh Pariwar that  champions ‘swadeshi economics’. V.D. Savarkar, the most prominent Hindutva ideologue, believed in swadeshi and argued that “every step must be taken by the state to protect national industries against foreign competition”.

Deen Dayal Upadhyay, another Sangh Pariwar’s influential thinker, in his thesis ‘integral humanism’ championed swadeshi. Discarding both socialism and capitalism, as western concepts not suited to India, he argued that the use of “foreign articles” and overdependence on “foreign aid” (in modern parlance this will be foreign investment) is not “the road to progress and development”.

Dattopant Thengadi, another instrumental RSS thinker, taking a clue from Upadhyay, advocated for a ‘third way’ of economic development between capitalism and socialism. Thengadi opposed India joining the WTO and criticised Prime Minister Atal Bihari Vajpayee’s economic policies. These obscure economic approaches reek of a certain kind of populism that views international law and international organisations like the WTO with disdain. They push an oversimplified narrative where multilateral economic institutions are projected as pushing the agenda of the “corrupt elite” against the interests of the “real people” of India.

This is not the time for India to pursue such obscure economic approaches. India will make a terrible mistake if it considers international trade to be a zero-sum game where it can maximise its self-interests at the expense of its global competitors. Instead of turning its back on globalisation, India should play a leadership role in strengthening the international economic architecture, which populists in the West want to demolish, premised on a win-win relationship that produces mutual prosperity and global peace.