The CEA assures us that the government is keeping a lot of powder dry, to be released in the future. But the economy, facing a once-in-a-100-year crisis, does not have the luxury of time. 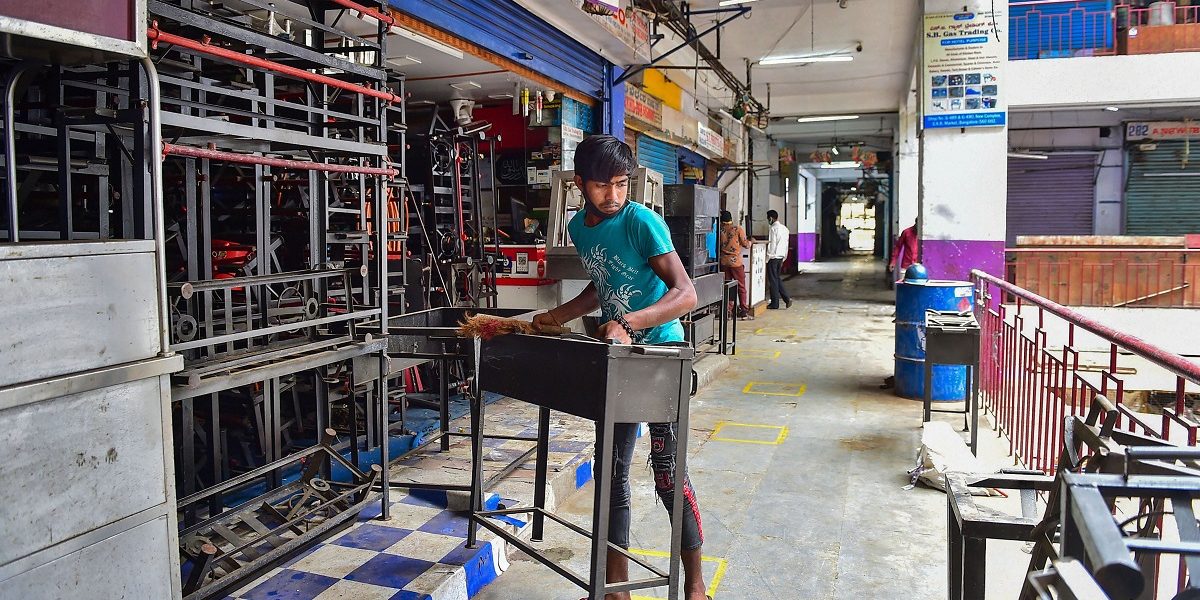 A salesman arranges items in his shop in Bengaluru, Aug. 31, 2020. Photo: PTI/Shailendra Bhojak

The extent of fall (23.9%) in GDP growth for Q1 FY’21 shows that India is one of the slowest to recover among the major emerging market economies. China has shown positive growth (3.2%) in this period. The GDP of economies like Indonesia, South Korea, Philippines, Russia, Thailand show a negative growth of ranging from 3% to 12%. In fact, there is no comparable economy where growth has declined as much as in India.

Prime Minister Narendra Modi had made a public statement in mid-July that India’s economic recovery from the pandemic will be the fastest, probably based on a good Rabi harvest and Kharif sowing area.

Though agriculture output grew by 3.4% in Q1, it was hardly enough to make up for the devastation in services (-27%) and manufacturing (-39.3%) sectors. Within services, construction is a large component which is also employment-intensive, and this showed a 50% decline. In most growing economies, construction has a big contribution to growth and employment. One big mistake India made during its harsh lockdown was it allowed the ecosystem of construction, which included the well being of daily wage labour, to collapse. This differentiates India from other comparable countries which had a substantial lockdown but allowed construction activities – especially roads, metros, bridges, housing projects – to continue. The higher direct fiscal support in terms of providing money in the hand of the people also helped these economies cushion the GDP fall.

Overall, India is at a point where the economy is showing the weakest recovery and the number of new infections is the highest in the world. Compared to India, China has been very strategic in its approach and a recent Reuters report suggests the Chinese authorities realised the paramount role of the services sector in the economy and ensured that it did not close down completely. Little wonder, the latest PMI numbers for China show services expanding much faster than manufacturing. 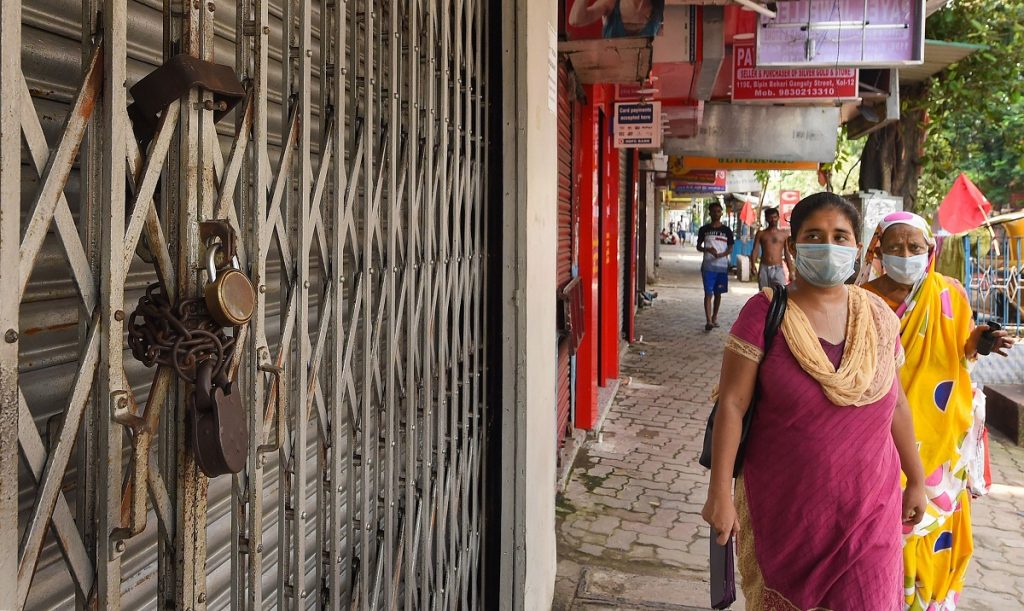 Worrisome outlook for next two quarters

The chief economic advisor in the finance ministry has argued that some of the high frequency indicators for August show a possible V-shaped recovery. But he is still not sure whether India will have a positive GDP growth for the next two quarters. This is worrisome.

The corporate sector heads are also not sure when their production will come back to the pre-COVID-19 levels. The head of Hindustan Unilever, India’s largest fast moving consumer goods (FMCG) company, told a business channel he would wait to see how the real underlying demand shapes up toward the end of the year after the festive season. He was unwilling to bet that production would come back to pre-COVID-19 levels soon. You get an idea of the real situation on the ground from companies which interface with the consumers.

M.S. Unnikrishnan, the managing director of Thermax, a leading capital goods manufactuter, recently made a very perceptive observation. He said there are no signs yet of state governments placing orders for capital goods and machinery. This must be read in tandem with the state chief ministers uniformly saying they are shrinking their developmental or capital expenditure to meet basic current expenditure needs of paying for salary and meeting health-related costs.

In my view, this could become the cause of a prolonged recession because so far, whatever GDP growth India had managed in the pre-COVID-19 period was largely due to government spending. And this has also shrunk because government revenues have collapsed by over 50% against what was budgeted in the April-June quarter. The crises in the GST Council reflects this phenomenon.

As it is, we face a massive contraction in urban and semi-urban consumption and there is yet no sign of private investment picking up. The big degrowth, – 47% in capital goods production, is the most scary. Only government spending in infrastructure on a war footing can revive the capital goods sector. But where is the much-touted Rs 100 lakh crore spend on infrastructure over five years announced with much fanfare by Modi on August 15? The reality on the ground is that development spending is shrinking this year as revenues have shrunk and are just about enough to pay salaries and interest on past borrowings. Economies work on sentiment and momentum

The chief economic advisor assures us that the government is keeping a lot of powder dry to be released at the right time in the future. But the economy, facing a once-in-a-100-year crisis, does not have the luxury of time. A crisis of this nature cannot be dealt with in phases because economies work on sentiment and momentum. If sentiment and momentum weaken, then no amount of post-facto fiscal or monetary dose would help lift spirits.

Modi must also keep in mind that he has already made many grave mistakes in the past five years. He faces the additional burden of overcoming the ill effects of those mistakes, which have devastated India’s small and informal economy. The stock market’s relentless rise largely reflects large companies – many potential oligopolies – becoming larger but making little difference to employment growth which is provided mostly by the small and informal sector.

If Modi chooses to remain blind to his past blunders, he will go down as a prime minister who destroyed the sinews of India’s small economy. Take GDP growth, employment, savings/investment or any other key macro indicator, India is seeing a secular and precipitous decline under Modi. This might be his lasting legacy in the end. Indeed, the PM cannot survive this with a business as usual approach.