India Hits 8.2% GDP Growth in June Quarter On Back of Manufacturing Boost And Base Effect

With the adverse effects of GST and demonetisation wearing off, the economy appears to be staging a recovery, although 8%-plus growth for the next three quarters does not seem likely. 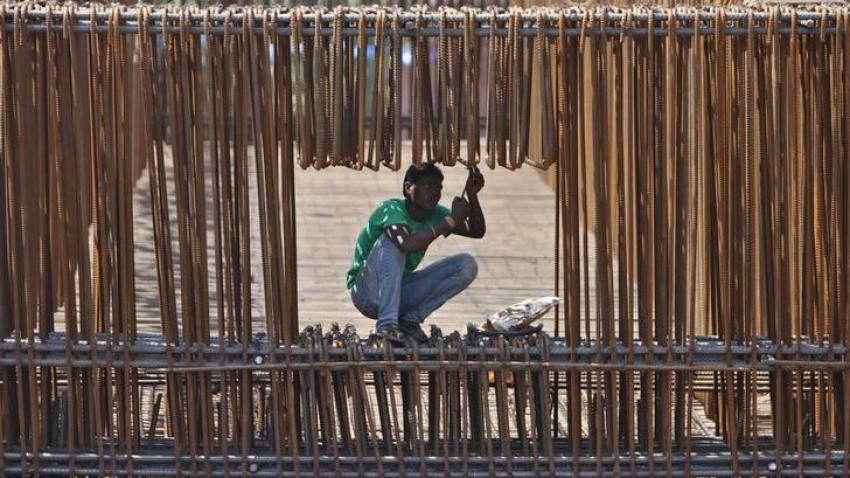 New Delhi:India’s GDP growth rate jumped to 8.2% in the first quarter of the current fiscal ( April-June 2018) from 5.7% a year ago, driven by strong performance of the manufacturing and construction sectors but also helped by a lower base.

The robust GDP numbers are likely to boost the morale of the Modi government, which faces general elections next year.

“The robust GDP numbers are partly due to momentum in growth and partly because of the low base effect,” DK Joshi, chief economist, Crisil, a rating agency, told The Wire.

But even more important is the fact that growth has bounced back in the manufacturing and construction sectors, which are considered critical for employment generation.

“The recovery in the manufacturing and construction sectors has raised hope that jobs will be created,” he added.

GDP growth for the April-June quarter last year (FY’18) came in at 5.6% (revised downward from 5.7%). The favourable base effect this time around has prompted economists to caution that 8%-plus growth doesn’t seem likely for the net three quarters.

“The numbers are pretty solid and mostly driven by public investment and higher consumption, especially, in the rural-end with this being a pre-election year,” said Shashank Mendiratta, India Economist, ANZ Bank told Reuters.

“This is probably the best GDP trend we have seen in the first half helped by a favourable base. Going ahead, I expect the growth rate to be moderate as private investment is unlikely to grow at a faster rate due to stressed assets. Private consumption grew at its fastest rate since demonetisation,” Mendiratta added.

“This high growth is unlikely to sustain, and will fall to around 7.2%  in the remaining three quarters of FY’19. Much of the deceleration is also due to base effects. FY’19 growth forecast is 7.4%,” he said in a note on Friday morning.

Another measure of  growth, this one in gross-value added (GVA) terms, showed the Indian economy growing at 8% compared to 5.6% last year. As The Wire has pointed out, GVA has over the last few years become a more important measure of economic growth as it removes the impact of subsidies and indirect taxes.

While a positive base effect has helped growth, other key economic parameters on a GVA basis showed strength as well, especially in sectors such as manufacturing and construction.

For instance, the manufacturing sector grew at 13.5% in the June quarter compared to -1.8% last year.

The agriculture sector grew at 5.3% compared to 3%  last year, while construction also saw a healthy bump (8.7% compared to 1.8% last year).

Of particular importance is also a key growth factor called ‘private consumption expenditure’, which grew at 8.5%, the fastest in any quarter since demonetisation.

Private and government expenditures together contributed nearly 67% of the GDP during the April-June quarter.

Another important metric to watch for private investment – gross fixed capital formation (GFCF) – accounted for 31.6% of GDP during the quarter, higher than 31% in the same period last year.