How Did We Go From 'Food Surplus' in 2018, to Five-Year High Retail Inflation Now?

The reality is that food surpluses in India are marginal at best and too dependent on weather events. Crop diversification is a long-term solution to curbing retail inflation.

In December 2019, India’s retail or CPI inflation reached 7.35%, the highest recorded in the last five years.

In a slowing economy, food inflation could not have come at a worse time, especially for the poor, who have been struggling with job losses and stagnant wages.

The good news is that if vegetables are excluded, CPI inflation is just about 4.1%. So, it may not be a cause of big worry just yet. Prices of vegetables will cool down when Rabi onion will hit the market in March-April. Other vegetable prices will also moderate.

For a long-term perspective of 20 years, production of pulses, edible oils, rice, and meat needs to go up, if increasing demand has to be met.

It was just a year ago that many commentators felt that India has finally become surplus in food and the country should plan to export more food items to take care of surpluses. Demonetisation in November 2016 had resulted in loss of purchasing power, especially in the informal sector. This was also a reason for the crash of prices of most agricultural crops. This gave a feeling that India had become surplus in most food items.

It is true that higher production of food grains, pulses, sugar cane and milk between 2017 to 2019 had contributed to negative food inflation. The narrative presented to the country was that India is producing much more food than its demand and the food surpluses are here to stay. For some crops like wheat and sugarcane, there are genuine surpluses but rice is a paradox as its production will sooner or later have to be discouraged in water-stressed regions of north-west India. The productivity in other parts of India will have to compensate for the loss of rice production in Punjab, Haryana and western UP.

Poor monsoon in large parts of India in 2018-19 and early period of 2019-20 (June-August), caused acute distress to farming in rain-fed areas. Unusually large quantum of rains towards the end of monsoon, in late August to October 2019, caused damage to standing crops. The present inflation in food items is directly attributable to this unusual combination of drought and excessive rainfall in the same season in Kharif 2019-20. 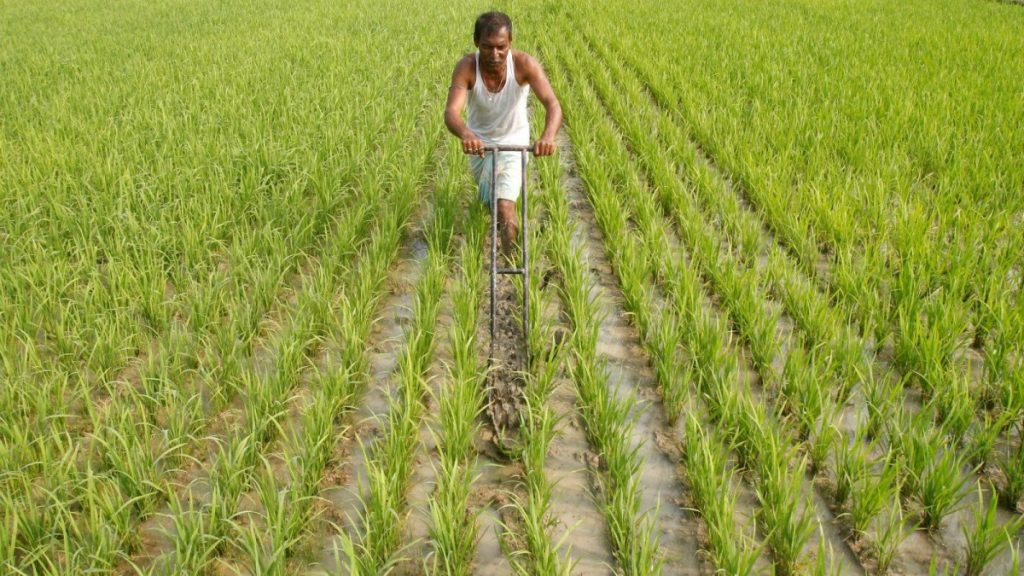 Poor monsoon in large parts of India in 2018-19 and early period of 2019-20 (June-August), caused acute distress to farming in rain-fed areas. Photo: Reuters

It would, therefore, be prudent to realise that food surpluses in India are marginal, too dependent on weather events.

In 2019-20, the production of pulses, sugar cane, milk, maize and oilseeds is likely to be lower than the previous year. In fact, India has been a net importer of maize for two years and the government may have to reduce duty on pulses. With global prices of edible oils rising, there is every likelihood of inflation there also.

The good news is that the outlook for Rabi crop is very good, as the high rainfall in the latter part of the monsoon had provided required soil moisture and it enabled reservoirs. Cold conditions in December and January in several parts of India will also help the Rabi crops. Area under wheat, gram, lentils and mustard is higher than the five-year average and the prices are likely to moderate when the harvest starts arriving in the markets in April.

Due to assured procurement, farmers in irrigated areas grow wheat and rice only. Pulses and oilseeds are not preferred as they don’t give the same return to farmers. So, diversification from wheat and rice cycle is required not only for sustainability but also for checking inflation of various food items.

PM Kisan provides Rs 6000 per annum to all farmers, irrespective of any concern for the sustainability of crops. Thus, paddy continues to be the dominant Kharif crop in Punjab and Haryana. One way to address ecological sustainability is to provide direct incentive to farmers in water-stressed regions through PM Kisan. Farmers may then find it profitable to diversify from wheat and rice to other crops like maize and pulses.

The current challenge of food inflation will be solved by higher Rabi produce and easier imports. It is the long term task of meeting the demand for nutritious food for everyone which is more difficult and needs change in policies.