Is India's Scrutiny of Chinese FDI a Temporary Move or Part of a Sustained Future Strategy?

Whether this is just a one-off salvo in a more protectionist post-pandemic world or something more significant remains to be seen.

FILE PHOTO: A woman wearing a mask walks past the headquarters of the People's Bank of China, the central bank, in Beijing, China, as the country is hit by an outbreak of the new coronavirus, February 3, 2020. Photo: Reuters/Jason Lee/File Photo

The economic outlook for an evolving COVID-19 world is that a global recession is now inevitable. And the availability of credit will decide how much of the world economy will survive.

In India, access to funds via foreign direct investment (FDI) has been tightened. In a cautious attempt to avert the rising possibility of “opportunistic takeovers” by nations from which large amounts of FDI flows into the country, the Indian government has mandated that all the investments from neighbouring countries, including China, would now require government approval.

This has sealed the “automatic route” for nations through which an increasing number of foreign firms and individuals had lately begun to invest. While not overtly stated, the policy change is likely in view of risks to the national interests in a scenario where viable Indian businesses would be sold to foreign Chinese interests.

In a direct defence against possible hostile takeovers in an environment of economic slowdown, the order issued by the Commerce Ministry’s Department for Promotion of Industry and Internal Trade (DPIIT) on April 18 stipulates that an entity of a country that shares a land border with India can invest only after receiving government approval.

It said the government has reviewed the FDI policy to curb “takeovers/acquisitions” of Indian companies due to the current COVID-19 pandemic.

Prior to the issuance of this order, investments were automatically allowed, in all but 16 sectors pertaining to areas like telecom, defence, space, atomic energy and national security. Additionally, until now, government permission was mandatory only for investments coming from Bangladesh and Pakistan. The tweaked DPIIT rules state that, “an entity of a country, which shares a land border with India or where the beneficial owner of investment into India is situated in or is a citizen of any such country, can invest only under the government route.”

The announcement makes no reference to the discrimination between source countries, but the focus of the regulatory change is undoubtedly China.

It is also interesting that this is a rare display of unity on a specific issue by political parties. Congress Party leader Rahul Gandhi highlighted the matter on April 12. After yesterday’s changes to the FDI policy, he tweeted, “I thank the Government for taking note of my warning and amending the FDI norms to make it mandatory for Government approval in some specific cases,”

While technically the new protocol impacts all those countries which share land borders with India – Nepal, Myanmar, Bhutan, Afghanistan, Pakistan, and Bangladesh – its primary focus is to prevent China including its individuals and companies from hostile takeover control measures, given that they are investing in and acquiring companies all over the world.

Nepal, Afghanistan, Bhutan, and Sri Lanka have shown little interest in getting stakes in Indian businesses.

This will affect all existing and planned investments by China in Indian businesses. Automobile industry, electrical equipment and services sectors receive the highest inflows from China.

The new DPIIT rules also applies provisos on the transfer of ownership of an existing or future FDI in an entity in India, directly or indirectly, resulting in the beneficial ownership falling within the restriction, “such subsequent change in beneficial ownership will also require government approval”.

This has been inserted to ensure that the restrictions are not circumvented by routing investments via Hong Kong, Singapore or other countries, although it remains unclear how effectively this will be policed.

The alleged trigger for this FDI policy change was when HDFC, India’s biggest housing mortgage lender, announced that the Peoples Bank of China (PBoC) had raised its stake from 0.8% to 1.01%. Although HDFC’s management quickly noted that this was a routine transaction, it clearly raised red flags.

What is the Narendra Modi government worried about? Firstly, at a time of falling stock prices, a liquidity crunch and fall in earnings of Indian companies may make servicing of debts of their subsidiaries abroad impossible, thereby allowing foreign entities to take them over. Analysts warn that Chinese investments, unlike others, are in fact aimed at consolidating its geopolitical footprint.

India is not the only one cautious about Chinese takeovers. In recent weeks, many countries have either tightened their foreign direct investment policies or are exploring similar options.

On March 30, the Australian government asserted control over all new foreign investment in response to the COVID-19 pandemic. All FDI irrespective of the value of will now require approval from the Treasurer prior to being undertaken. Britain’s intelligence community believes the UK needs to reassess its relationship with China after the coronavirus crisis subsides and consider if tighter controls are needed over high-tech and other strategic industries.

While this move may be suited for Chinese FDI in large publicly-traded firms, how will it impact the start-up industry? In the past two years only, Chinese investors have poured about $6 billion into Indian startups. Dozens of Chinese firms and venture funds, including giants like Alibaba and Tencent have emerged as some of the biggest investors in Indian startups in recent years. Flipkart has an investment from Tencent (about 5%), a significant stake in Paytm is owned by Alibaba, social media operator ShareChat and food delivery firm Zomato are partly backed by Chinese venture capital and will be affected by this new rule.

Although the change in FDI is a measure to prevent Chinese hostile takeovers, its flip side is that it will make raising fresh capital in an environment of economic slowdown even more challenging. With preventive measures on FDI from neighbours which have been formulated with China in mind, businesses and startups will face severe disruptions.

The prospects of these businesses post-COVID-19 will provide the foundations for economic recovery. But in the short run, they have financial commitments but insufficient cash. The change risks Indian access to the benefits of Chinese FDI — a valuable source of not just funds but also technology, know-how and links to markets. This will make smaller projects now even more expensive to implement. For India, Chinese investment was also a means to counter the widening trade deficit.

There are also a range of complex issues that may arise in determining how the changes apply to transactions that were entered into prior to the effective date but which had not otherwise required government approval under the old rules. This will hopefully be worked out sooner rather than later, so as to not cause even more trouble to India Inc at a time that is already extremely challenging. 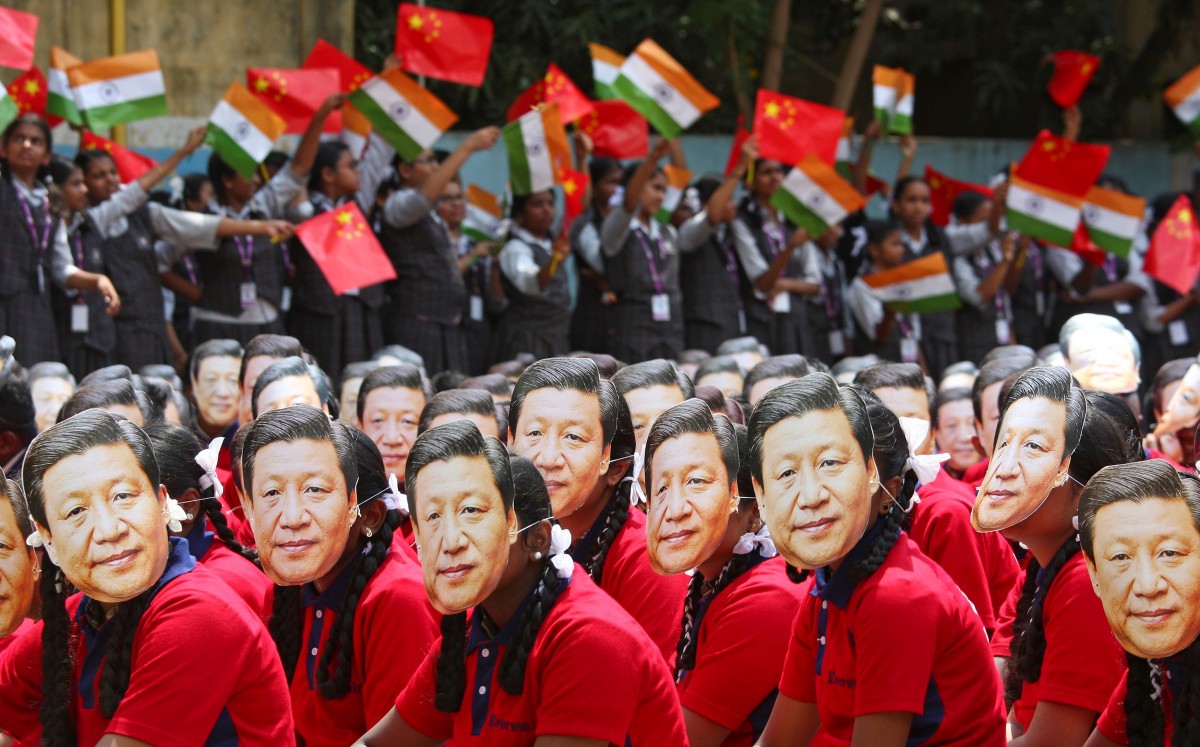 Students wear masks of China’s President Xi Jinping as other waves national flags of India and China, ahead of the informal summit with India’s Prime Minister Narendra Modi, at a school in Chennai, India, October 10, 2019. Photo: Reuters/P. Ravikumar/File Photo

The broader, more strategic questions behind India’s decision are yet to be answered. Are these changes to FDI policy temporary in nature and will only apply for the duration of the COVID-19 pandemic? Will the government recalibrate FDI sourcing once the Indian economy consolidates itself? It will be interesting to see whether and how the government adjusts its practice to accommodate the uncertainties the revised FDI regime entails for Chinese investors in India.

With these China-focused FDI changes, the high-level mechanism set up after Modi-Xi Jinping to correct trade imbalances in Mamallapuram, will lose its momentum. Additionally, there is lack of clarity on the fate of Indian investments in China in sectors such as industrial manufacturing, consumer products, financial services, information technology, business process outsourcing, logistics, healthcare and telecommunications.

Big groups like Tatas, Infosys, Adanis, Jindal Power etc. have a presence in China which is the second-largest economy in the world. Annual revenues of Indian corporate investments in China account for anywhere between 3% to 20% of their global total. What implications would the new DPIIT notification have on bilateral investment relations, which is the main driver of trade?

In a world where FDI played a major role in the economic growth of developing countries, COVID 19 has indeed changed the rules of the economy making it once again necessary for India to become protectionist, albeit in a focused manner. Whether this is just a small blip or part of a new global strategy that will become entrenched is a question that will play out over the next year.