Where is the Narendra Modi government putting its money? What are its priorities, on paper? 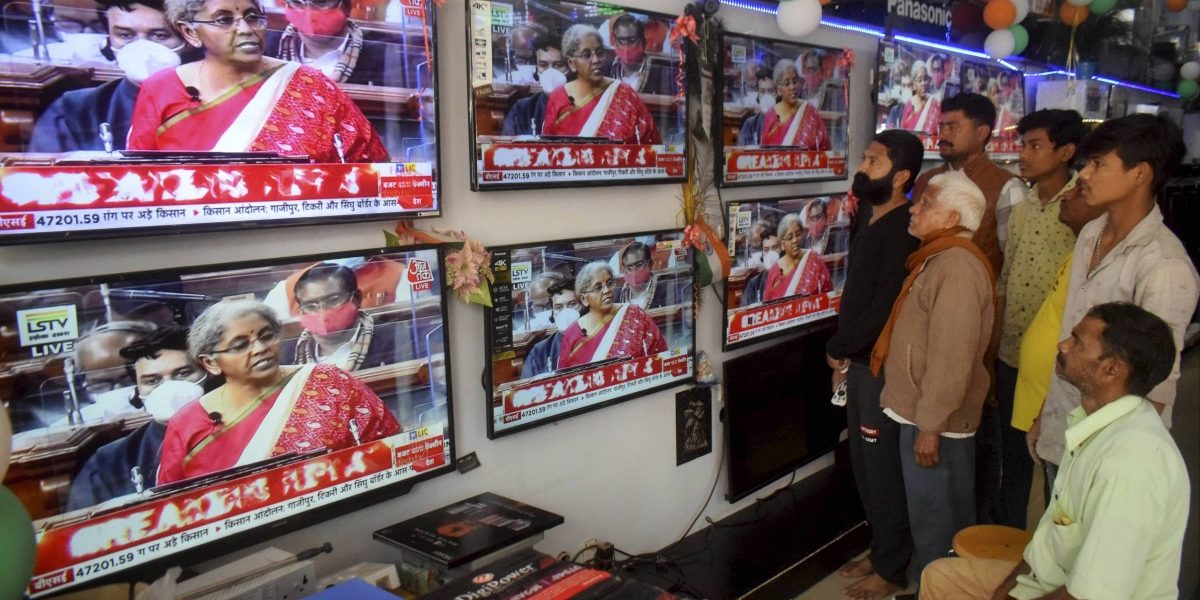 New Delhi: In a similar vein to last year, finance minister Nirmala Sitharaman began her Budget speech on Monday by claiming that the Narendra Modi government had done a great job of spending money in ways that would benefit India’s most vulnerable. But as her speech went on, it had little detail on whether this was true.

So do the numbers match her words? Where is the Narendra Modi government putting its money? What are its priorities, on paper?

The allocation to the education ministry for the coming financial year is Rs 93,224 crore – less than what was initially promised last year, but about Rs 8,000 crore more than the revised estimate. With COVID-19 closing schools for a large part of the last year and education moving online, the stark digital divide in India meant that many lost out on educational opportunities.

In many households, job losses during the pandemic meant some students abandoned their studies to look for work. As Kiran Bhatty wrote in The Wire, large-scale financial resources will be required if the education ministry is to ensure that all schools are fit to reopen, and also convince students to come back.

The one sector everyone was expecting a big jump in this year was health, given how the last year has gone and the serious strain put on India’s health sector by the coronavirus pandemic. The allocated spending for healthcare, however, is not quite as substantial as the finance minister’s speech would have us believe. While she spoke of “Rs 64,180 crore” just for one single health scheme, this amount is to be spread out over “six years”.

For this year, the total amount allocated to the Union health ministry, and all the schemes that fall under it, is Rs 73,932 crore. This is actually less than the revised estimate for last year (Rs 82,928 crore), but more than what the government originally planned to spend in 2020-21.

As farmers’ protests against the Centre’s three contentious new laws continue to rage on the borders of Delhi, and the government clampdown on the protesters begins to intensify, the budgetary allocations to the Ministry of Agriculture are going to be keenly watched. In her speech, perhaps in an attempt to allay protesters’ concerns, Sitharaman announced that the government will be increasing spending on APMCs – since farmers have alleged that the Centre is trying to do away with the current procurement system.

Given the intensity of job losses due to the pandemic, the importance of India’s rural job guarantee has increased manifold. When migrant workers headed back to their villages during the national lockdown, many of them turned to NREGA work when it opened up again.

In the last year, the government spent much more than it had originally planned on NREGA. This was not surprising, as many researchers had pointed out that given the outstanding arrears owed to states, the allocation was barely enough even without the COVID-19-induced crisis.

This year, however, instead of keeping up the increased spending, the Centre seems to want to bring it down again. The allocation for 2021-22 is about Rs 38,000 crore than the revised estimate for 2020-21.

The spending for Modi’s much-touted cleanliness scheme, under which the Centre has claimed to make large swathes of India open defecation free, is remaining largely stagnant. Much of last years initial allocations appear not to have been utilised, and the planned spending for this year is exactly the same as the budget estimate for last year.

Across the world, it has been acknowledged that the COVID-19 pandemic has affected nutrition rates among children who were from economically weaker sections of society. The budgetary allocation for the women and child development ministry for this year is higher than the revised estimate for last year, but substantially lower than the budgeted expenditure for the two years before that.

Note: The earlier chart on defence spending has been taken down temporarily to correct a typographical error.