Public investments across all industries, with a policy focus on increasing female labour force participation, can go a long way in improving India’s economic growth performance.

Shoppers crowd at a roadside market next to a handcart loaded with apples for sale in New Delhi, India, November 13, 2015. Photo: Reuters/Anindito Mukherjee/File Photo 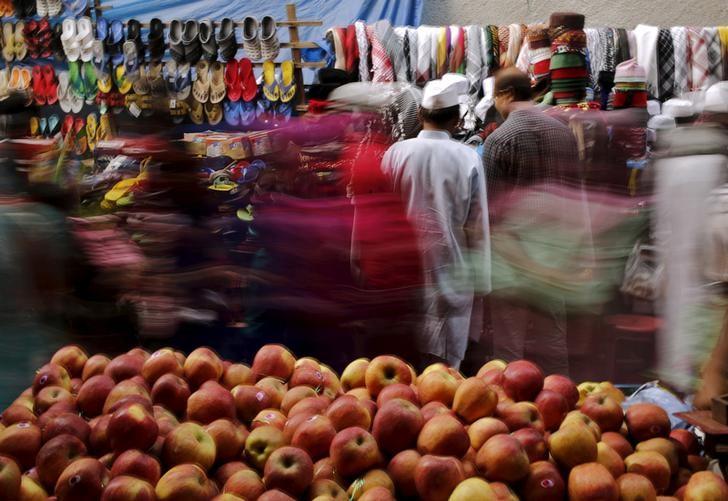 Shoppers crowd at a roadside market next to a handcart loaded with apples for sale in New Delhi, India, November 13, 2015. Credit: Reuters/Anindito Mukherjee/File Photo

A year ago, the Indian economy was being projected as a bright spot in the global economic landscape. The aggregate growth rate of 7-8% seemed consistent even though domestic private investment levels were low, with a lag in the domestic industrial productivity levels. Over the last year, the strength of India’s macroeconomic fundamentals have seen a significant fall (particularly since the implementation of demonetisation and the GST system), pointing at worrying trends for India’s capability to sustain a higher level of economic growth (around 7-8%) for the achievement of developmental goals.

In comparative terms, India’s growth level at 5.7% ties it with Pakistan and is behind the performance of China and the Philippines. Bangladesh, with a robust manufacturing performance is now growing at an annual rate of 7%. Even if we ignore the statistical significance of GDP-centric growth numbers, India’s macroeconomic performance seems inconsistently dawdling in comparison to other emerging countries. The size of India’s domestic market and its contribution to world output over the long run is important for global productivity standards.

On Thursday, at a press conference, finance minister Arun Jaitley hinted that the Modi government was planning on a fiscal stimulus package to revive growth. The government must consider some key interventions for reviving India’s growth for improved short-term and long-term economic performance.

India’s Index of Industrial Production (IIP) was growing by 1.2% in July, compared to 4.5% a year ago. In recent years, demand for consumer durables has been low (falling by 1.3% from last year). India’s annual export growth has also gone down to around 3% from the average of 17.8% seen during 2003-2008. The investment to GDP ratio is below 30% today, though it used to be more than 35% over the last decade. The squeeze in access to financial capital for the private sector due to highly-stressed banks (with high non-performing assets) is making the aggregate investment scenario worse, posing long-term repercussions for the need of capital accumulation.

For the RBI, it may be a good strategy to lower interest rates further to align its monetary policy with the demand for private investment. An overreliance on foreign institutional investment (FIIs) for capital needs is highly volatile affecting the real exchange rate, making the rupee appreciate while making it less competitive in comparison to other emerging market currencies. Some partial capital account controls to regulate these hot money FII flows can help in promoting inflow of good foreign direct investments.

Moreover, a Keynesian style interventionist strategy to increase the volume and rate of public investments over the long run can help in improving the poor domestic industrial growth performance. In sectors where manufacturing capacities need a stronger push, increase in public investment will be seen as a good measure. This push with the visible hand of the government will boost producer and consumer confidence in the domestic market, similar to how the East Asian economies achieved a highly consistent and sustainable performance in their economic growth levels. 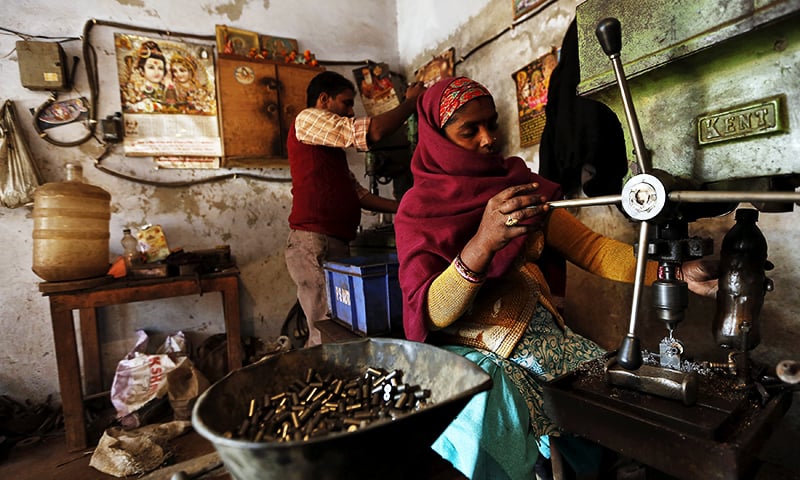 The recent empirical evidence from a ‘jobless growth’ phase across India poses long-term challenges to the rate of employment of existing labour and those entering the job market in the near future. Public investments in sectors or industrial activities that involve a greater labour intensity may allow opportunities for medium- to low-skilled labor, in turn boosting growth. Capital-intensive growth that lowers employment elasticity should be prevented.

The substitution of capital for labour in organised manufacturing activities (as seen in the case of the automobile industry, for example) endangers existing and new employment opportunities for India’s rising labour market. To tackle this, one requires an increase in public and private investments in small and medium industries manufacturing leather products, textiles, apparel, rubber products, electrical equipment, hardware, etc. One can observe two-fold advantages from the nature of such investments: one, this will allow most of the working labour to be absorbed in these industries; second, it will help in expanding the export-potential of these export-oriented primary goods that are higher in consumer demand across countries in South and Southeast Asia.

Increasing investment in health and agriculture

In terms of public investment, both these sectors have witnessed utmost neglect over the last decade and more. A well-coordinated regulatory approach by state and central governments can help channelise quality investment (including private investment) in higher and primary education along with healthcare, enabling citizens to have access to basic social opportunities at an affordable cost. China made a similar push towards its healthcare and education sector (from the mid 1980s) that allowed better performance across all socio-economic indicators. India’s own medical industry, along with the primary and higher education landscape, has significant untapped potential which warrants a greater investment push.

In addition to healthcare and education sectors, agriculture needs a big investment push from the state to allow for the rapid expansion of the domestic markets and improved growth. Good quality public investment in areas of infrastructural growth (irrigation and water management systems, warehousing, rural roads); shift to non-cereal products (fruits and vegetables, fisheries and animal husbandry) and promoting the agro-processing industry are key institutional reforms needed to improve the agricultural sector’s performance for a consistent long-term economic growth. A dual-track market liberalisation strategy can work well for states that are unable to provide a higher profitable price to farmers for their produce.

Another key requirement for increasing public investment in healthcare, education and agriculture along with other areas of organised manufacturing is to reduce the rising level of gender inequality. Increasing women’s participation in organised employment can be achieved by investing or promoting investment in sectors where the female-male labour force participation rate is more balanced, which is seen in the case of healthcare, education and farm employment.

Outside the organised sector, the quality of women’s employment is significantly lower than that of men’s employment, while underemployment too is still extremely high for women when compared to men. Public investments across all industries with a policy focus to balance the female labour force participation rate and the female-male working population ratio can go a long way in improving India’s economic growth performance while strengthening its social capital.