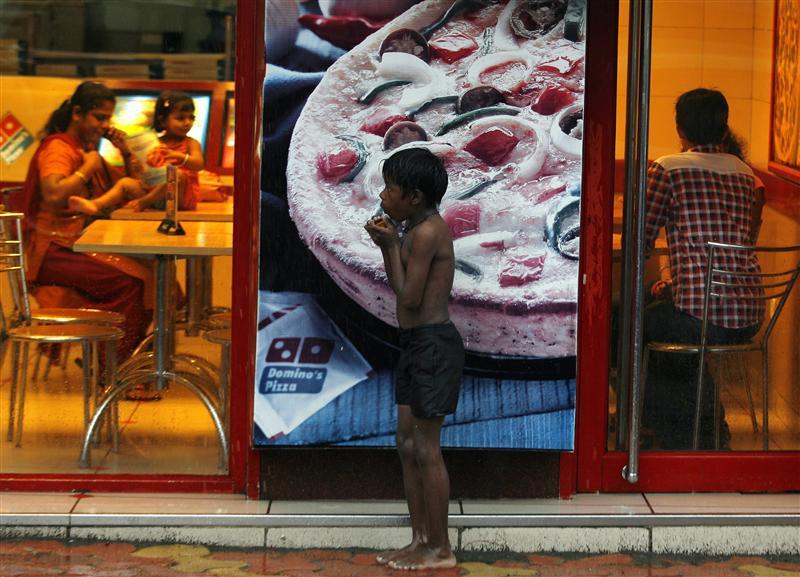 New Delhi: Income inequality has reached historically high levels in India since the 1980s when economic and trade liberalisation began in the country, with the top ten percent of the population accounting for 56% of the national income in 2014, says a new report on income inequality across the world by the World Inequality Lab.

The report gives credence to the theory that the opening up of the economy has disproportionately benefited those at the top of the income pyramid.

The report further says that the top one percent of the population accounted for as much as 22% of the country’s total income in 2014.

Also, the absolute growth in income of the top one percent of the population since the 1980s has been more than that of the bottom 50% people taken together, according to the report.

According to the report, inequality within the top ten percent group was also high. The higher up the Indian income distribution one looks, the faster the rise in their share of the national income has been since the early 1980s. The income share of India’s top one percent rose from nearly six percent in 1982-1983 to above ten percent a decade after, then to 15% by 2000, and further still to around 23% by 2014, says the report.

During the first decade after the millennium, the share of national income attributable to the top one percent grew to be larger than that pertaining to the bottom 50%.

By 2014, the national income share of the bottom 50%, a group of about 390 million adults, was just two-thirds of the share of the top one percent, who totalled at 7.8 million.

According to the report, an even stronger increase in the share of national income was experienced by the top 0.1% and the top 0.01%, whose shares grew fivefold and tenfold, respectively, from 2% and 0.5% to almost 10% and 5%, between 1983 and 2014. Income growth rates at the very top were extreme.

These evolutions are consistent with the dynamics of Indian wealth inequality, which exhibits a strong increase in the top ten percent wealth share in the recent period, in particular after 2002. Highly unequal income growth at the top mechanically drives wealth inequality across the population, which in returns fuels income concentration, the report says.

In contrast, the annual real incomes of the bottom 50% grew at a faster rate than the countrywide average during the 1960s and 1970s when socialist central planning dominated the Indian economy, and at a notably higher pace than the growth experienced by those in the top ten percent and the top one percent of earners.

However, this dynamic changed dramatically during the 1980s and has remained the same ever since. The 1980s saw a much higher average income growth rates than in the previous decades, but growth was only marginally higher for the bottom 90% of the population. High growth was in fact concentrated among the top ten percent. This situation was prolonged throughout the 1980-2000s.

During the 2000s, the annual real income growth of the top one percent was close to 8.5%, followed by the top ten percent at around seven percent and the bottom 50% at less than 2.5%. India’s countrywide average was 4.5% over the decade.

At the opposite end of the distribution, the top one percent of Indian earners captured as much growth as the bottom 84%.

In 2014, the bottom 50% earned significantly less than the average income per adult, receiving less than one-third of the nationwide mean income before tax, while the average income of the middle 40% was around four-fifths the national average. Those in the top ten percent earned five times the national average, and when one examines further up the income distribution, the same exponential trend is evident, says the report.