How Well Does India Understand Inflation?

Policy makers should conduct deeper analysis of how many subtle factors shape inflation and its effects on the Indian economy. 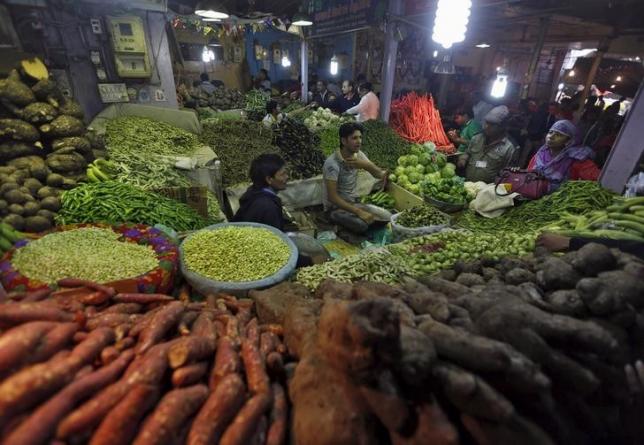 In 1923 when Rudolf von Havenstein, the president of the German Reichsbank (later known as the Deutsche Bundesbank), recklessly initiated a money printing drive in response to the German government’s demand to spend more money, Germany was inevitably embroiled in a bout of hyperinflation and its worst crisis of the 20th century. Havenstein issued new money equal to two-thirds of the money in circulation then and it took almost two decades for Germany to fully recover from its worst economic disaster. Over time most developed economies, including the US after the 1970s, along with emerging markets realised that inflation is an immensely important economic variable that influences the mood of the electorate with virtually no time lag.

At the risk of oversimplification, inflation quite simply occurs when in the short run, too much purchasing power is chasing too few goods and services. In a simple demand-supply relational model, an increase in demand or an insufficient supply can cause a higher rate of inflation (in food, fuel etc.). However, such a simple demand-supply relational model for goods and services cannot entirely explain inflation, especially for emerging economies. In some egregious cases we can put it down to reckless money creation by the central bank (as in the case of Germany during 1920s) or overspending by government (as in the case of India under Indira Gandhi during mid-1970s). There are some more subtle sources for causing inflation that may have to do with the changing banking behaviour on the part of individuals (let’s say parking more of their household savings in banks), or the availability of new mediums of exchange, also called cryptocurrencies.

In India’s own recent context, one of the major achievements during Raghuram Rajan’s time as RBI governor in the last three-four years has been demonstrated by his ability to keep the average prices of most consumer goods low, thus maintaining a manageable rate of inflation. Rajan may have been pilloried by his critics for keeping short-term interest rates high in claiming to restrict India’s growth (cap)abilities, but the overall retail inflation (based on the computation by Consumer Price Index) is largely below 6% (5.77% to be precise) which is a very manageable rate of inflation for an emerging economy like India.

While the critics of the government may lack the economic wisdom or knowledge to understand the underlying long-term problems attached with a high rate of inflation (and the reasons for keeping a higher interest rate to maintain a certain level of liquidity), most central bank governors including  Rajan himself understand why causal problems attached with inflation and tackling them remains so multifarious.

One key aspect that makes inflation as a problem so fundamentally pervasive is its origination from the change in the demand or supply of money. Unlike most other products where the application of markets encourage multiple producers to get into competition and drive the price of these products down, money is perhaps the only product where the force of competition in a market doesn’t seem desirable. This explains why the printing of money is monopolised and rests in the hand of the central bank and the treasury within an economy. If there are many companies or entities producing money where the value of money is a public good, competition is likely to drive the supply of money up thereby reducing its value, where the latter effect is borne by all.

Kaushik Basu explains the above phenomenon in his recent book (An Economist in the Real World), while defining money as a “generic promise from society-government being the most important arbiter of that”- that allows someone to exchange money in some medium of exchange with goods and services in the future. Generally this explains why a labourer working at a construction site for certain daily wages accepts money rather than food or clothing as payment from her/his employer. Money is therefore, more of a pledge to her by society at large and that pledge can be redeemed by the purchasing power it holds (in buying food, clothing and shelter later).

But money is not the only medium of exchange that circulates in an economy. People can use all kinds of other commodities and papers to trade for goods and services which can be called “near monies”. For example, if government bonds (the sale and purchase of which is quite often used by central banks to regulate the overall money supply), becomes acceptable as a medium of exchange, then the central bank’s ability to sell/purchase government bonds (through open market operations) would have a marginal impact on the economy, as the people now may use government bonds instead of money to buy and sell goods. As monetarists would argue, it is the appearance of such “near monies” that compel the Federal Reserve in the US and other central banks to change some of their strategies for maintaining relatively stable prices.

Accordingly, for a fair analysis on inflation within an economy (whether in India or elsewhere), it is critical to highlight and understand some of these endogenous variables that may affect the demand and supply of money affecting the overall inflation rate as against the pre-defined theoretical explanation of inflation in a monetary policy tool kit where the powers of the central bank may remain limited from a consequential perspective.

In understanding food inflation for example, there is an interesting pattern pertaining to the comparative price movements of both perishable food items and non-perishables. As non-perishables can be stored by rational people to draw on these in times of shortage; this would lead to less volatility and also less inflation for nonperishables overall. Therefore, a policy of hoarding in the case of nonperishables (with no irrational purpose of manipulating supply of these items) can be regarded as a good thing to do which can stabilise prices of these nonperishable items in times of crisis or shortage.

Many big retail suppliers often store food before they can take it over to the retail outlets. The Essential Commodities Act, 1955, passed to ensure that ordinary consumers have easy access to certain essential goods treats all storing and hoarding as illegal. The aim of the law should be to stop large traders and merchants from hoarding to deliberately manipulate prices. Reactive hoarding in times of crisis or in anticipation of one, can be considered a good thing from both producer and consumer’s perspective. This is one more of a kind of endogenous variable that needs further scrutiny by policymakers as well as the citizens in understanding what may or may not cause a high level of inflation in cyclically taming it.

Over the last decade in India there has been a lot of debate at both a monetary policy level and a governmental level that has attempted to take an inquiry into the causes, responses to inflation in going beyond the theoretical contours of monetary policy-making. But some questions still require further scrutiny and a deeper independent analysis: Should CPI (Consumer Price Index) be preferred over WPI (Wholesale Price Index) as a standard measurement of inflation? If we use CPI (which we do now), then who is the average representative consumer in a vast country like India? Is it the agricultural worker or the industrial worker? Do consumption-patterns on their own help in explaining an inflationary price rise beyond the demand-supply dynamic usually used in causally explaining explanation?