Today, fuel prices are at an all-time high. Once the genie of inflation is out of the bottle, as it does once in a decade or so, no amount of narrative spinning by the Modi government will work. 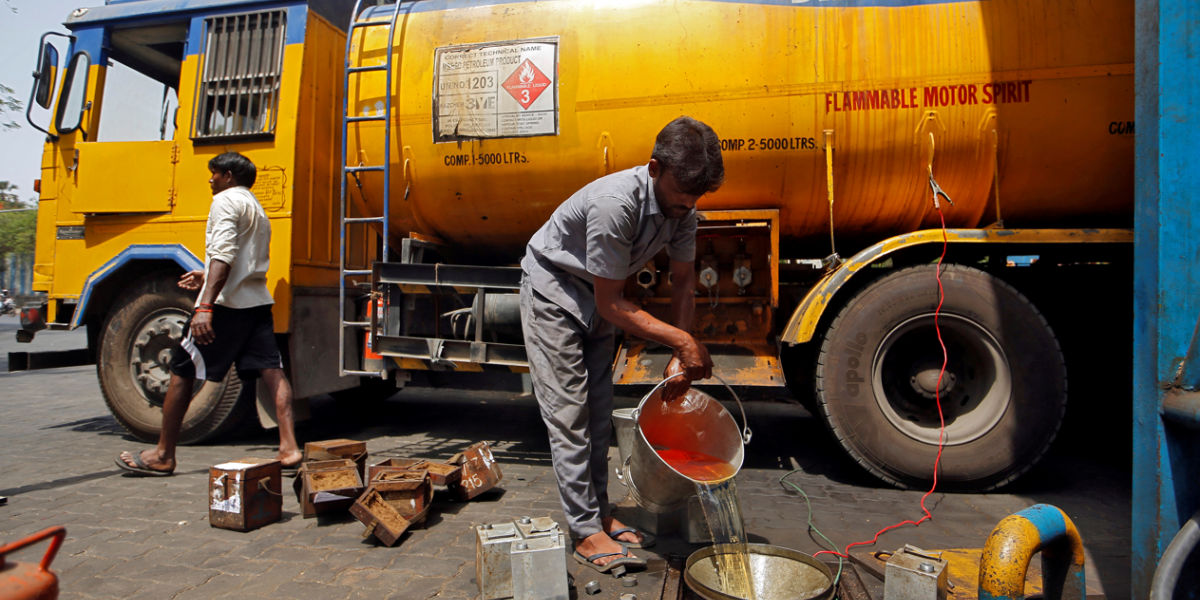 FILE PHOTO: A man pours petrol into an underground tank at a fuel station in Mumbai, India, May 21, 2018. REUTERS/Francis Mascarenhas

This year is likely to herald the return of global inflation in ways not seen in the past 20 years. We have witnessed inflation remaining rather subdued from the beginning of this century. So much so that many US economists had pronounced the death of inflation despite massive liquidity infusion by the Federal Reserve since 2003 and US debt-to-GDP ratios reaching new highs over the last 20 years.

US debt-to-GDP was around 45% in the 1980s and is now well past 100%. Most major economies have seen rising debt-to-GDP ratios which have got further accentuated post-pandemic. US Federal Reserve balance sheet was about $4.7 trillion before the pandemic. At the time of the 2008 financial crises, the Federal Reserve balance sheet size was only about $750 billion. Today it is over $ 8 trillion. Increase in central bank balance sheet is a proxy for printing extra currency. One estimate is over 40% of dollars in circulation was created in just the last two years.

But neither a sea of liquidity nor higher fiscal deficit had caused high inflation in recent decades. It almost seemed as if John Maynard Keynes had won a permanent victory over Milton Friedman who said throwing more and more money in the system was not a sustainable solution to growth revival as excess liquidity merely ended up causing higher inflation. Friedman, who died in 2006 at 94 years of age, did not live to see the longest period of subdued global inflation in spite of monetary excesses. Much of 20th century saw policy cycles alternating between the ideas of Keynes and Friedman. But the 21st century was different as most central banks, especially those of advanced economies, became complacent about inflation which seemed to have gone to sleep.

Watch | ‘Over Last Eight Years, India Has Seen the Largest Increase in Its Number of Poor’: Study

But things are about to self-correct. America is seeing inflation at 40-year highs in recent months. Driven largely by energy and commodities, global inflation is rearing its head after a long long time. Messy energy transition to green fuel has created structural supply shortages, further fuelling inflation. Biden’s popularity rating falling prematurely could be attributed partly to inflation. In Kazakhstan, 160 people have been killed as riots have erupted over doubling of energy prices. Latin America is in turmoil following double digits inflation in recent times. China too is exporting inflation to the rest of the world with its producer price index sharply jumping to over 14% in recent months.

The political economy of inflation will manifest itself more sharply in 2022. This is likely to remain sticky in the medium term. India is also reeling from inflation as the wholesale price index is at a high of 15%. Though retail inflation rate at 5% has not risen in the same proportion, the Reserve Bank of India (RBI) has forecast consumer inflation at 5.7% by March. Many independent economists feel the reading might be above 6%. In time the much higher WPI inflation will tend to feed into consumer prices.

Politically, inflation has always been a big risk for ruling establishments. As global inflation led by energy and commodities fully seeps into the Indian system, it will start having its impact on the electoral prospects of the Bharatiya Janata Party (BJP). Internally, the BJP is quite worried about the impact of inflation on the poor.

Historically, once every 10 to 12 years, inflation does become a monster and tends to devour the ruling regime. It creeps up without the establishment even realising it. Remember how inflation struck a body blow to the UPA in 2011. The Anna Hazare movement was ostensibly about corruption but high inflation was also a big underlying cause. The prolonged farmers’ agitation was about farmers seeking higher output price but the real hit came because of inflation in input costs of diesel, fertiliser, pesticide etc.

Today, the prices of petrol, diesel, cooking gas, edible oils are at an all-time high. Once the genie of inflation is out of the bottle, as it does once in a decade or so, no amount of narrative spinning by the Modi government will work. History is witness to that.

Note: A shorter version of this piece was first published on The India Cable – a premium newsletter from The Wire & Galileo Ideas – and has been republished here.