How Should the Indian Economy Move Beyond Producing What the Top 10% Consume?

It may be time to start de-nationalising the economy with a greater emphasis on commodity-based cooperative models of business. 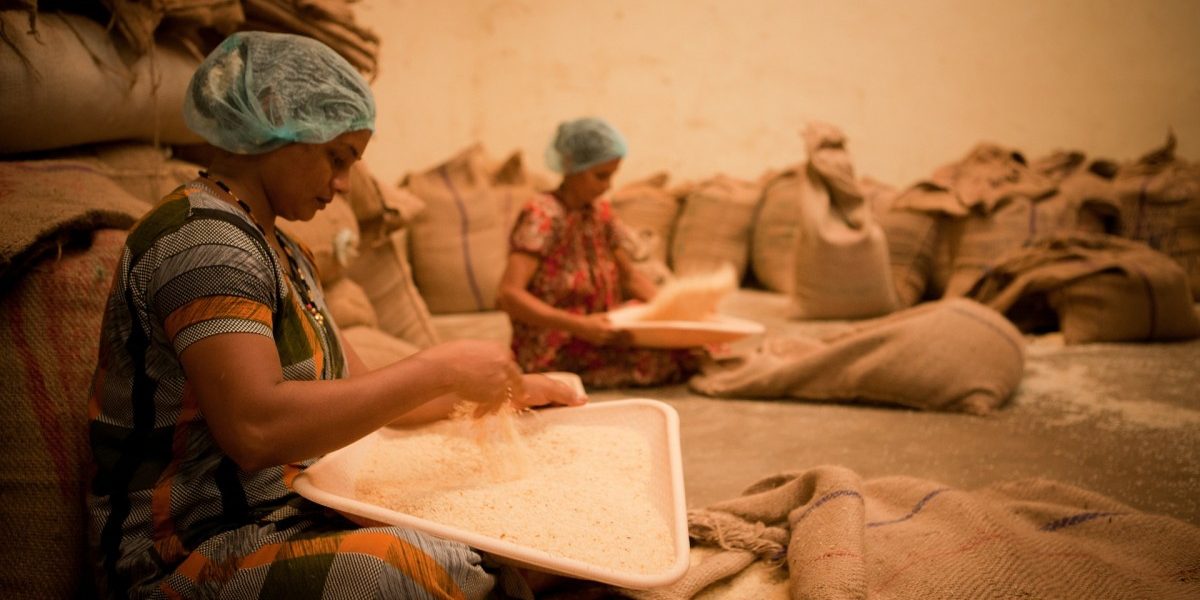 It may take years for social scientists across disciplines to properly understand the nuances of the Narendra Modi phenomenon, where his government’s ‘bad’ economics indifferently affected his party’s ‘good’ political outcomes in the 2019 Lok Sabha elections.

It could be that a good chunk of India simply believes that Modi is as close as you can get to a one-man answer to the country’s problems. That a political party can project itself as a solution to all existing problems if only their candidate is given an absolute power to govern.

Nevertheless, with a nearly two-thirds majority in parliament, there the elected NDA government now has an opportunity to undo some of its own wrongs, in terms of its approach to economic reforms during its first term, by addressing a few structural problems affecting India’s economic landscape.

A macro-assessment of India’s current growth scenario reflects the economy sliding in a downturn-slippage mode.

Structurally-speaking, India’s growth cycle has been driven for some time now by the aggregate consumption demand from the top 10-15% income classes. The nature of horizontal inequities – depicted from consumption and income patterns – has been on the rise since the early 1990s.

An over-emphasis on producing what the top 10% is consuming, or wants to consume, has seen a substantial composition of India’s lower middle-income groups unable to even afford basic essentials – say a house, healthcare, education, clean drinking water and sanitation facilities.

Politically, Modi’s Swachhta (‘Clean India’) campaign and push for rural infrastructure (roads, highways, electrification) struck a social chord amongst lower-income, rural voters for this reason. This was enough to overcome the fact that the state had done little in the way of shoring up other basic essentials, such as education and healthcare, at affordable rates for lower social and income classes.

In fact, the last five years saw production patterns, even after accommodating for the top 10% consuming class, undergoing a negative trend. Subsequently, industrial productivity levels remain negative. Domestic private investment levels across sectors are low. Rural and urban credit-growth in food and the non-food sector is weak, with banks finding it difficult to lend in a debt-ridden banking climate. Additionally, the volume of exports to regional and global markets remains extremely volatile (being on the lower side of the trend and with rising oil prices, this may worsen).

Basic economics would indicate how a combination of all these factors – especially the decline in aggregate demand and productivity levels across consumption groups – spells catastrophic trouble for processes in employment creation, and for growth of real wages in rural and urban spaces.

It is here where the real test for the Modi government lies for the 2019-2024 term. To be able to directly address this core concern, generating employment and raising wages, while synchronously working to cultivate an environment where public investments remain channelised towards basic essentials and infrastructure (including distribution of power). On top of this, a robust policy framework must allow other factors – industrial productivity, bank-citizen lending, current account trade balances etc – to gradually improve.

For a nation of 1.3 billion people, any national government would have to significantly de-nationalise its operating and functional mechanisms. This is necessary if the actualised target group of the government’s policies and measures has to go beyond the top 10-15% consumption class – as was the case for most of the 1991-2013 period – and give agency to lower-middle income groups.

Why denationalise? A basic reflection from India’s own economic history may help.

In most of the 19th century, when the British East India Company explored trade partnerships with lesser productive cotton-textile units along with other Indian enterprises, the Company found it difficult to have any ‘nationalised’ approach towards its economic partnerships with Indian businesses then.

As Tirthankar Roy (2012) argues, the myriad forms of extractive British business networks that were tried out for most of the 19th century and early 20th century relied mostly on two words: ‘experiments’ with some big Indian firms initially (producing in larger quantities), and ‘consolidation’ in later decades through acquisition of weak Indian firms to take maximum advantage of existing natural and factor endowments.

To ensure this, institutions were monopolised, laws were changed while knowledge and idea structures of production were ‘standardised’ (or say, imperialised). Similarly, business strategy – as the way it was seen in some other British colonies (like South Africa too) – became increasingly ‘vertical’ and hierarchical in structure through a heavily bureaucratised set up.

As a result, indigenous skills and production networks of community-established trade got deeply eroded (and absolutely destroyed).

Somewhere, the Modi government’s own ‘centralised’ approach to economic policies has appeared to be quite imperialist – similar to 19th century British ‘experiments’ and a bureaucratised standardisation of market operations.

Laws, ideas and institutions started undergoing a metamorphosis of bureaucratic change, leaving extremely little agency in hands of community-based groups (one can see this with the decline in production and productivity of cooperatives, tribal-led textile production etc. or even local farming networks).

Going forward, if the same trend continues, what we might see next is the ‘consolidation’ of vertical-strategy with big British businesses from the past substituted with similarly scaled big Indian businesses within sectors – with support of the political establishment.

A big, centralised state’s interventionist tendencies – as seen so far – would further crowd out opportunities for local businesses to grow, or investments to organically rise for better employment and wage growth scenarios for all.

What could be done to avoid these trends? One step may be for the government to invest in creating ‘Commodity-Based Cooperative Models’ of business across India.

Illustrative cases of cooperatives in areas of dairy-farming (Amul), microfinance (Bandhan), women-led groups (Lijjat Papad), instinctively reflect the business culture from community-level ownerships and scaling up to a national level.

CBCs can address some of the structural woes while boosting employment opportunities for lower income groups along with wages over time.

The state may benefit by allowing an environment of support and capital opportunities (via PSBs) to help existing (profitable) CBCs to scale up their operations and help in bridging the rural-urban gap.

‘Nationalisation’ as a political slogan might reap electoral dividends, yet, the economics of productivity for all (‘Sabka Vikas’) can most effectively work when there is sufficient ‘denationalisation’ of the economy. Both in terms of economic coordination and policy implementation, and giving agency for indigenous-skills to thrive within community-based networks (through CBCs) may help mitigate some structural concerns restricting India’s lower middle-income groups.

Deepanshu Mohan is Associate Professor and Director, Centre for New Economics Studies at O.P. Jindal University. He is a Visiting Professor to Department of Economics, Carleton University, Canada.