What is also certain is that public investment in education and health is distinctly inadequate and undermines India's development model. 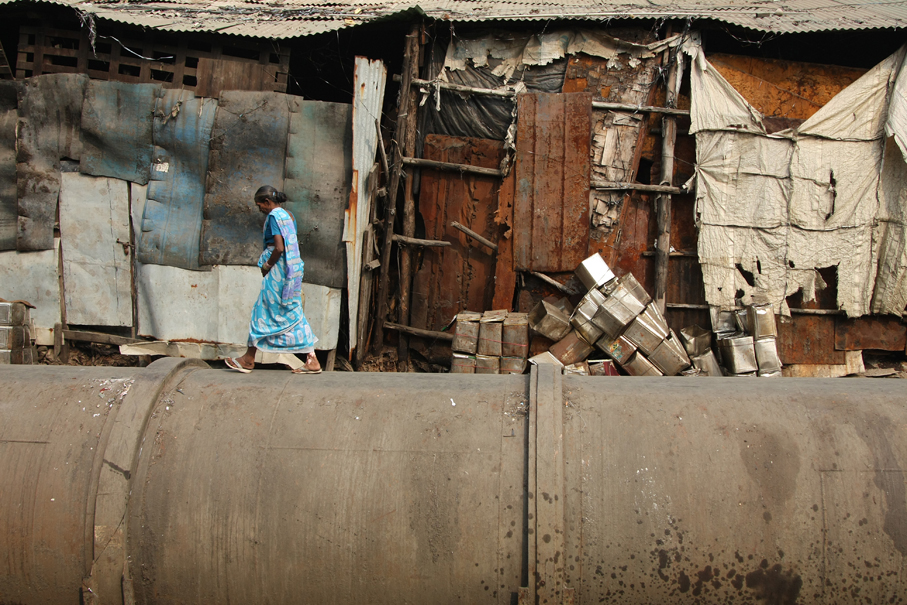 As doubts build up concerning China and its financial system, the global focus is increasingly turning to India to pull the world economy along in the years and decades to come. Growth there should be almost 8% in 2016-2017, similar to 2015, as compared with 6% for China.

It is true that India’s starting point is low, with a purchasing power of roughly 300 euros per capita, per month (as compared with 700 euros in China and 2,000 euros in the European Union). However, the fact is that at this rate, catching up with Europe could be achieved in under 30 years (as compared with 15 years for China).

We should add that demography is in India’s favour: according to the UN, the population of India should clearly exceed that of China (which is already ageing and declining in numbers) between now and 2025. India will be the leading world power in population terms in the 21st century and perhaps also the leading power in all spheres. This is all the more likely as India has a foundation of solid democratic and electoral institutions, freedom of the press and the rule of law. The contrast with China, who has just expelled a French journalist (with neither France nor Europe uttering a word in protest), is striking. The long-term evolution of the Chinese authoritarian political model seems as indecipherable as it is unpredictable.

However, India has to meet huge challenges – in the first instance that of inequalities. It is not easy to confirm growth figures in the household consumption surveys for Indian families, doubtless because a disproportionate share of wealth is captured by a select elite not well covered by the investigators. Since the Indian government stopped access to income tax data at the beginning of 2000 (it is true that China has never published any such data, while at the same time succeeding in collecting much higher fiscal revenue), it is difficult to be fully precise.

What is certain is that public investment in education and health remains distinctly inadequate and undermines its development model. A perfect example is the under-sourced public health system with a budget of barely 0.5% of GDP as compared with almost 3% in China.

The truth is that to date the Chinese Communist Party has been much more successful than the democratic and parliamentary Indian elites in mobilising significant resources to finance a strategy of social investment and public services. Now it is only this type of policy which will enable the population as a whole to benefit from growth and ensure the sustainable development of the country. The opacity and the authoritarianism of the Chinese model will ultimately means its end if it does not open up. But the Indian model of democracy still has to demonstrate its effectiveness, ideally without experiencing the crises and shocks which finally forced the Western elites to submit to the necessary fiscal and social reforms in the 20th century.

What is certain is that public investment in education and health remains distinctly inadequate and undermines its development model. A perfect example is the under-sourced public health system with a budget of barely 0.5% of GDP as compared with almost 3% in China.

The biggest challenge, often poorly understood in the West, is associated with the legacy of the caste system, with, in addition, the risk of identity-related clashes between the Hindu majority and the Muslim minority (14% of the population, 180 million people, out of a total population of 1.3 billion) currently stirred up by the BJP (the Hindu nationalist party, in power between 1998 and 2004, and again since 2014).

Briefly: in 1947, India officially abolished the caste system and, in particular, ended the population census by caste instituted by the British colonial system, which was accused of having sought to divide India and increase caste rigidities, to enhance control and dominate the country. However, the country did develop a system of preferential admission to the universities and public sector employment for children from the lowest castes (the SC/ST or ‘Scheduled Castes/Scheduled Tribes’, the former highly discriminated untouchables, or almost 30% of the population). But these policies aroused growing frustration amongst the children in the intermediate castes (the OBC, or ‘Other Backward Classes’, roughly 40% of the population) caught between the most disadvantaged groups and the highest castes. From the 1980s, Indian states extended the policy of preferential admission to these new groups (also open to the Muslims who were excluded from the original system).

Conflicts concerning these arrangements are all the greater because the old frontiers between castes are porous and do not always match the hierarchies in income and wealth – far from it. In 2011, the Central government finally resolved to clarify these complex relationships by organising a socio-economic census of the castes (the first to be carried out since 1931). The subject is explosive and we are still awaiting the full publication of the findings.

Also read: Thomas Piketty: ‘Germany Has Never Repaid its Debts. It Has No Right to Lecture Greece’

The aim in the long run should be to gradually transform these preferential admission policies into rules founded on universal social criteria such as parental income or place of residence, along the lines of the software used for entry to schools or higher education (or for certain grants to firms) which in France are just beginning to grant extra points to pupils from families on income support or who come from disadvantaged schools or areas.

One might say that India is simply endeavouring to confront the challenge of true equality with the means available to a state based on the rule of law, in a situation where inequality of status originating in the former society and discrimination in the past is particularly extreme, and threatens to degenerate into violent tensions at any time. We would be wrong to imagine that these challenges in no way concern us.