How Can Employment Be Put at the Centre of the Indian Policymaker’s Agenda?

Lawmakers don't transmit the political pressures they face from the electorate to policymakers to address unemployment. 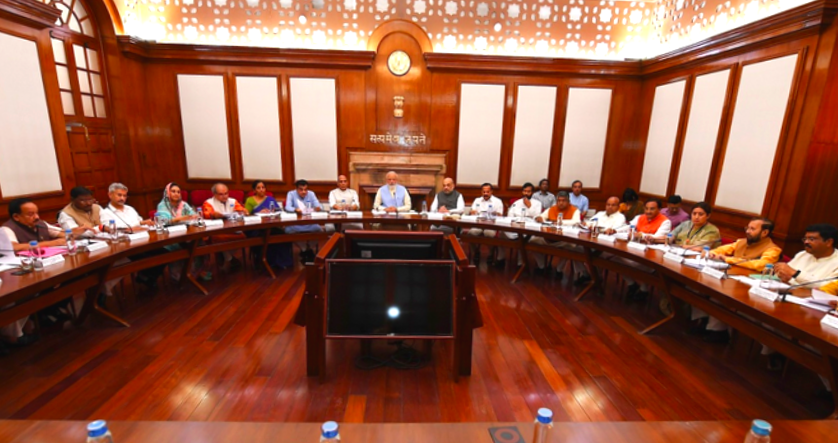 Note: This is the second in a two-part series on the need for a country-level employment policy. Read the first part here.

Pressures on politicians around the problem of jobs are rising. These pressures are visible in employment playing an increasingly pivotal role in state elections. This is not surprising given that youth unemployment (15-29 year olds) had tripled between 2012 and 2018 from 6% to 18%, and graduate unemployment from 19% to 36%.

As larger numbers of youth enter the labour force, and find themselves increasingly jobless, they are finally making themselves heard – though only just.

These pressures have, however, not transcended into policy making. Lawmakers don’t transmit the political pressures they face from the electorate to policymakers to address unemployment. Policy makers – the administrative arm, policy advisers, academics, multinational and local public policy consultants – almost seem derisive of any proposal that assures even obliquely, good quality employment to the electorate. So, governments avoid hiring directly on their rolls.

Companies avoid increasing headcount just like the government. Labour-intensive work is outsourced by the private sector and by the government. As a result, jobs that provide some social security, which are essential in government or large companies, are eschewed across the board. Contractual jobs that mostly rob labour of its early opportunities to build up savings in pensions or provident funds are encouraged at all levels. India is the only G20 country with 91% of those who have work (or workforce) don’t have any social security.

The current government’s response to the demand for jobs has been two-fold. First, it denied the existence of the problem. It actively rubbished all available evidence including its own data that there was a jobs crisis.

Also read: What Should Be an Acceptable Employment Rate for India?

Secondly, Prime Minister Modi and his cabinet colleagues shifted the narrative by saying that we should create job providers and not job seekers. The best interpretation of this is that we need more enterprises who can hire people. But who or what would make those enterprises? The proposed Mudra loans could not and did not create adequate entrepreneurs who could hire others in large numbers. And so the jobs problem remained unresolved.

Despite government’s measures (e.g. MUDRA) to promote self-employment, the number of youth engaged as self-employed declined from 81 to 63 million during 2005-12 and further to 49 million during 2012-18. This is despite 95% of MUDRA loans were in the smallest Shishu category.

Simultaneously, an increasing number of lawmakers have been making announcements recently that they cannot provide jobs. This raises an important question – if the government cannot create jobs then how can young graduates do that?

The smart twist in the narrative just shifted the goal post to an impossible position. Young graduates were confused if not disillusioned by the new narrative. It did not solve their problem but created a new one – how does one become an entrepreneur and provide jobs to others?

If Indian policy makers continue on this path of evasion and avoidance of the problem of employment and if it continues to ignore the rising political pressures faced by politicians, we should expect India’s employment rate to continue to fall.

The fallout of this will be a more intensive rise in political pressures on politicians to provide government jobs or to increase reservations for select groups. Interestingly, these pressures have not become too nasty. India has not witnessed any overt social unrest around jobs. This can possibly be explained by the management of this pressure through transfers of some kind. Several schemes of central and state governments in recent times have increased government transfers to households.

When jobs cannot be provided, lawmakers either promise or actually make direct income transfers. If India continues to fail to provide jobs, the pressures to provide direct transfers will rise. But, if the government continues to succumb to income transfers, it could fuel a further fall in India’s woefully low labour participation rate (LFPR, if the cash transfer is significant relative to household income. This would have been case with the Congress manifesto’s NYAY plan of 2019, which planned to give Rs 6000 per month to 20% of India’s poorest households.

While the world’s LFPR (or the share of working age population looking for work) is about 65%, in India that rate was 43% in 2004-5, 38.6% in 2011-12, and 36.9% in 2017-18, according to the National Sample Survey. This is driven by women’s falling LFPR. The path that Indian law makers and policy makers seem to be taking in doggedly avoiding the path of increasing good jobs is dangerous.

It is imperative that politicians and policy makers acknowledge the rising political tide of demand for jobs. This tide is for real.

India does not have to wait till this tide translates into social unrest. It is therefore important for lawmakers to increase the pressure they apply on policy makers to find solutions to the problem of jobs.

We have seen the political masters in UPA apply pressure on the government to bring in legislation in the form of the Mahatma Gandhi National Rural Guarantee Act which has been a saviour in the recent pandemic induced lockdown and the migrant crisis. Similar pressure is necessary at all levels of government from the Central government to gram panchayats to ensure that India reverts to its growth path with equity, where the employment rate plays an important role in the expected deliverables.

Here is a point worth considering. Every investment proposal has (or should have) an employment impact associated with it. Make this employment creation as a mandatory requirement. If a project fails to deliver the promised employment then the project should be classified as a non-performing asset.

Santosh Mehrotra is editor, Reviving Jobs: An Agenda for Growth (Penguin, 2020). Mahesh Vyas is CMD, Centre for Monitoring of the Indian Economy.