With UN's Roadmap to Urbanisation in Hand, It Is Time for India to Transform Its Urban Policy

For India to make urbanisation sustainable, it must first tackle the problems of multiplicity of jurisdictions, weak revenue base and human resource capacity deficit that impact most of its cities. 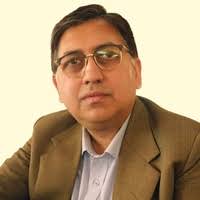 By 2030, two-thirds of the global population and 40% of India’s population is projected to be living in urban areas. Credit: Reuters

At the United Nations Habitat III conference, which is being held in Ecuador’s capital Quito from October 17-20, representatives from 193 countries will discuss and adopt United Nations’ New Urban Agenda.

Although the agenda is not legally binding, it provides a roadmap on how to point urbanisation towards a more positive direction, the one that leads to more jobs, cheaper housing, cleaner energy, better transportation and greater social equity – all issues that are of crucial importance to a fast urbanising country like India.

Between 1996 – when the previous Habitat conference called Habitat II was held in Istanbul – and 2015, the percentage of people living in the urban areas worldwide has increased from 45% to 55%. By 2030, two-thirds of the global population and 40% of India’s population is projected to be living in urban areas.

Not only do cities today generate 80% of the global GDP, but they also cause 70% of the greenhouse gas emissions. Every sixth urban resident lives in a slum. Social divides are increasingly widening and the haphazard expansion of urban footprint over its rural periphery has been generating new forms of environmental conflicts.

The New Urban Agenda attempts to address the various opportunities and challenges that are associated with global urban development, explained Joan Clos, the executive director of UN-Habitat.

The agenda draft – on which the discussion in Quito will be based – was finalised in May in New York. It takes into account recommendations of the Paris climate change agreement, the World Urban Forum 2014 and the Sustainable Development Goals, which include making cities and human settlements inclusive, safe, resilient and sustainable by 2030.

The new agenda acknowledges urbanisation as a transformative force, calling it an engine of sustained and inclusive economic growth, social and cultural development and environmental protection. This is a belated acceptance of the ground reality that since 2008, more than 50% of the global population had become urban. Nevertheless, it is important.

Until now, many governments in Asia and Africa – especially of those countries that are still predominantly rural – see urbanisation in a negative way. Several others look at urbanisation as a natural process and thus adopt a hands-off approach and seldom prepare for the outcomes.

This belated recognition of the economic, cultural and social roles of the cities could be a potential game changer and impact the way urban and rural developmental programmes are designed and funded.

Also, implicit in this acknowledgement of the economic, social and cultural role of the cities, is the necessity to treat urban space as an integrative platform where various policy verticals related to industrial location, employment generation, transportation, energy usage, housing, disaster mitigation, gender relations, safety and health care come together.

Therefore, by “readdressing the way cities and human settlements are planned, designed, financed, developed, governed and managed,” the New Urban Agenda attempts to “end poverty and hunger in all its forms and dimensions, reduce inequalities, promote sustained, inclusive and sustainable economic growth, achieve gender equality and the empowerment of all women and girls … improve human health and well-being, as well as foster resilience and protect the environment.”

Understandably, the new agenda strongly focuses on social issues since there has been an increase in income inequality and social polarisation in the past two decades. In this age of economic uncertainty, most urban poor are forced to depend on informal jobs and reside in slums and squatter settlements, with insecure land tenure and devoid of basic civic amenities.

In India, the slum population increased from 52 million to 65 million between 2001 and 2011. To safeguard the interests of the urban poor, the draft urban agenda initially proposed a rights-based approach. However, due to the objections put forth by India and several other countries, the issue was forced to be diluted.

The most important takeaway point from the New Urban Agenda is the reassertion of urban (or spatial) planning for managing urbanisation and its various implications in a more systematic and orderly way.

Urban planning lost ground substantially during the 1980s and the 1990s. To a large extent, this was due to the spread of neoliberal ideology of market-led development paradigm. In India and in several other developing countries, it was also due to the inability of the urban planners to emerge out of their preoccupation with archaic land use control regulations and adopt more strategic and participatory approaches.

But with the New Urban Agenda boldly calling for strengthening the fundamentals of urbanisation, planning has returned. As Clos said in an interview, “as urbanisation becomes a huge process affecting billions of people there is a need to come back to the fundamentals that perhaps in the past 30 to 40 years have been a bit forgotten. In fact, when we analyse the kind of urbanisation that is being built now, we see that what is failing are very fundamental issues of urbanisation, such as proper rules and regulations and a lack of adequate urban planning.”

Clos also strongly criticised the laissez-faire approach to city building by saying that “urban planning has fallen out of fashion. The development strategy of many countries has been relying a lot on the Washington Consensus which had no specifics on the relevant role that urbanisation plays in development”.

While the New Urban Agenda has brought planning back at the centre, it is, however, questionable whether the profession would be able to rise to the challenge – especially in a country like India.

Numbers matter. The number of urban planners are microscopic. Britain has 38 planners per 100,000 people. In India, the figure is just 0.23. There are several urban local bodies without a single qualified urban planner. Planning schools are understaffed and the syllabus is archaic. The institutional structures of planning are weak and are dominated by an engineering bureaucracy, whose world views frequently hover within ‘tender-contract- project cycle’, with hardly any scope for a long-term strategic vision.

Until recently, urban issues did not figure prominently in India’s public policy discourse due to the Gandhian maxim that ‘India lives in villages.’ The scenario began changing slowly with the launch of the Jawaharlal Nehru National Urban Renewal Mission in 2005. The Modi government in 2015 then launched a plethora of urban-centric schemes, including the ambitious Smart Cities Mission, with high decibel announcements.

However, India’s official participation in Habitat III has been rather low-key and did not generate much media buzz. The Ministry of Housing and Urban Poverty Alleviation recently launched the India Habitat III National Report, 2016, which acknowledged India’s intention to implement the New Urban Agenda and steer India’s urban transformation towards more sustainability.

However, the devil is in the details. Common problems that impact the functioning of most Indian cities are multiple jurisdictions, weak revenue base and human resource capacity deficit. The flagship Smart Cities programme, rather than strengthening the elected municipal bodies, has further undermined their authorities by outsourcing managerial responsibilities to Special Purpose Vehicles and planning tasks to external consultants.

According to the report, between 2015 and 2030, India’s urban population is going to jump from 428 million to 606 million, which means that over the next 15 years, we need to build 22 more cities like Bengaluru to accommodate the new urban residents. The numbers are mind blowing, the opportunities are enormous, but so are the risks and challenges. The New Urban Agenda shows the right direction, but it is upon us to get the fundamentals of our urbanisation policy right.

Tathagata Chatterji is a professor of Urban Management and Governance at the Xavier University, Bhubaneswar.

The views expressed are those of the author and not of the institution he represents.