If the Government Wants a Spending Push in 2021, Which Resources Can it Tap Into?

It may not be the best time to bring in a wealth tax, the idea for which has been brought up multiple times in the past few years. 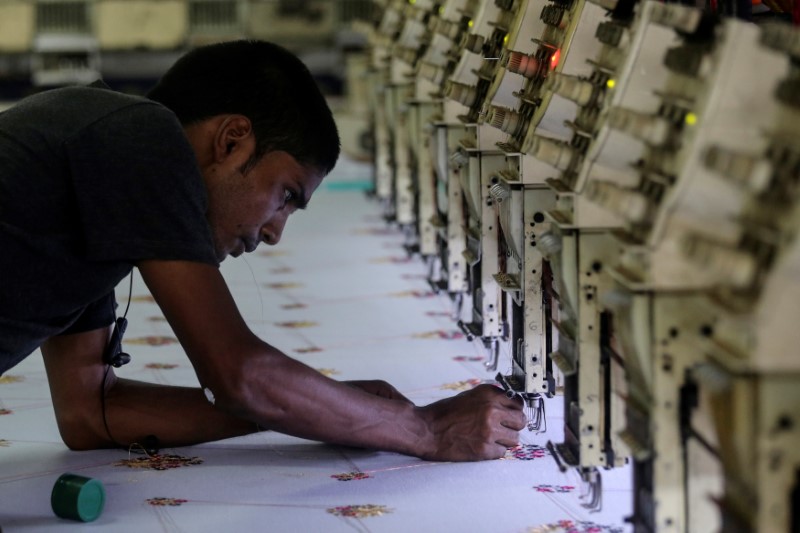 The year 2021 has been widely projected to be much better than 2020 with the start of vaccination and the expected reduction of coronavirus cases and deaths. Economies were expected to recover faster from the abyss into which they had descended due to lockdowns.

Unfortunately, major economies have had to go into lockdown once again in Europe due to a resurgence of a new mutant strain of the coronavirus which has spread to many countries.

India has been lucky and not seen any resurgence, but some panic has set in nevertheless. Covaxin has been approved for emergency use even though its phase 3 trials are yet to be completed and efficacy data are not available.

Some experts worry that this will dent the credibility of vaccination and may lead to some resist getting vaccinated, thus slowing the fight against COVID-19.

The consequence of all this, in the West and India, would be that the expected economic recovery would slow down. Not only would demand for exports decline but also the revival of internal demand from consumers and investors would slow down as the consumer and business confidence gets dented.

Governments all over would have to step in to pump in both demand and support businesses.

Also read: World Economies: Who Has the Advantage and Who Is Set to Lose in 2021?

President Trump signed a new stimulus package of about $900 billion (about 5% of GDP) not a day too soon. Trump showed much reluctance to begin with but signed under pressure. Earlier in 2020, there was a package variously estimated at around $3 trillion or about 15% of GDP. In a new twist in the US politics he called the package sent by the Congress to him a “disgrace” even though to begin with he was opposed to any package. He is trying to tap into the anger of people who say the promised fresh relief is inadequate.

The proposed package will spend directly from the budget to help those who have lost incomes and employment and also businesses facing headwinds. This is in addition to the massive liquidity infusion by the Fed, the US Central Bank. The current package was considerably delayed due to the resistance from the conservatives in the US Congress who oppose government intervention in the economy. The Democrats were pitching for a larger package of support to the vulnerable sections.

After Trump said he wanted a larger package, the lower house dominated by the Democrats did pass a bigger package but it was stalled in the Senate where the Republicans have a majority.

The fresh package proposes to give $600 per head to those earning less than $75,000 and to dependent children. There will be additional support to the unemployed. Employers offering paid sick leave to workers will get a tax credit, people facing eviction from homes will get another month’s moratorium and there will also be emergency rental assistance.

Paycheck Protection Program (PPP) for small business will be extended. There will be a grant to small businesses and live event venues. Vaccine distribution, coronavirus testing and Supplemental Nutrition Assistance Program (SNAP) will get additional support. The Bill is an impressive 5,000 pages long but critics say it is inadequate compared to what some other developed countries are doing.

The Indian government has announced, since March, direct support from the budget of about Rs 3 lakh crore or about 1.5% of the 2019-20 GDP. The seemingly huge package of Rs 22 lakh crore is largely credit and loans to businesses.

Businesses and analysts have argued that this is inadequate to boost demand which is short. People have lost incomes due to loss of work, so direct injection of money into their hands is required to boost demand so that businesses can ramp up production and subsequently investment.

The government, however, has argued that giving a stimulus is futile when the economy is stalled. It is implied that the powder is being kept dry for later action and that the slowdown has more or less bottomed out.

But this is a somewhat contradictory stance. After ‘Unlock-1’ was initiated in June and since then there have been six rounds of it, the government has been claiming that green shoots of revival are visible in the economy. The implication is that businesses have started working and face demand shortage. So, the government needed to act but it says it will act later – by then many businesses would collapse.

In the US and in most advanced economies, stimulus was given early and their economies started to bounce back. The stimulus not only created demand but also took care of the marginalised sections – their food, rent and mortgage payments.

Among the major economies in the world, India has the largest unorganised sector. And, it was hit the hardest by the lockdown and that is why the Indian economy contracted the most among the major economies. Since this sector largely consists of the tiny businesses and the poorest who cannot sustain themselves in a lockdown even for a week, there was a need for immediate support. Not only has the support been delayed but it has been small compared to their need.

Thus, in India, both the creation of demand and taking care of the poor have been inadequate.

A wealth tax on the rich has been suggested. Argentina has levied a ‘millionaires tax’ for corona relief. Is this feasible in India when the economy is down and a large number of businesses are struggling? The government had reduced corporation tax rates in 2019 to attract investment and it will be hard to reverse that now.

Income tax rates on the wealthy had already been raised. So, it is suggested that a wealth tax be levied on say, the top 1% in the income ladder, about 14 million individuals.

Wealth tax is paid out of current incomes and if they have declined due to the lockdown, many would have to sell assets to pay it. Who would buy them – the other wealthy? To pay a few lakh crores of wealth tax, much property would have to come onto the market at the same time, since few would have surplus incomes to buy them – consequently, asset prices will fall.

But the stock markets are at record high with a market capitalisation of Rs 160 lakh crore, so can the money be raised there? Again, if a few lakh crore is sought to be raised all at the same time, share prices can only fall. Take, for instance, Reliance share at Rs 2,000, paying a dividend of Rs 6.50. A 1% wealth tax will be Rs 20. So, the holder of Reliance shares will have to sell some shares to pay the tax.

It is also suggested that gold and public land may be monetised. But again, who will buy them when most of the wealthy are selling their assets to pay wealth tax. Similarly, divestment of PSUs would require businesses to sell some assets to invest in them. The alternative is for the wealthy to borrow to buy assets and pay the taxes. But this is a risky proposition which banks may not be willing to finance, when asset prices are likely to fall.

So, if the government tries to raise say about Rs 5 lakh crore from all these sources, that much property will come into the market with few buyers liquid enough to buy. Thus, when incomes of the profit earners are down, asset prices can only decline. Further, funds diverted to purchase assets will be at the expense of new investment. This along with a reduced fiscal deficit will lead to a slowdown in demand and income generation.

In brief, money can and should be raised from the wealthy for financing the deficit. But, is this the right time for it given that few of the wealthy will have the liquidity when their incomes and reserves are down? A lot of assets will come into the market simultaneously with few buyers. So, asset prices can only decline, worsening the prevailing negative sentiment in the economy.

Arun Kumar is author of Indian Economy’s Greatest Crisis: Impact of Coronavirus and the Road Ahead.