The Gorkhaland stir has costed the industry Rs 250 crores so far and there are rising fears that Darjeeling tea will lose its brand.

Tea production in West Bengal has come to a standstill in all 87 gardens in the hills. Credit: Reuters 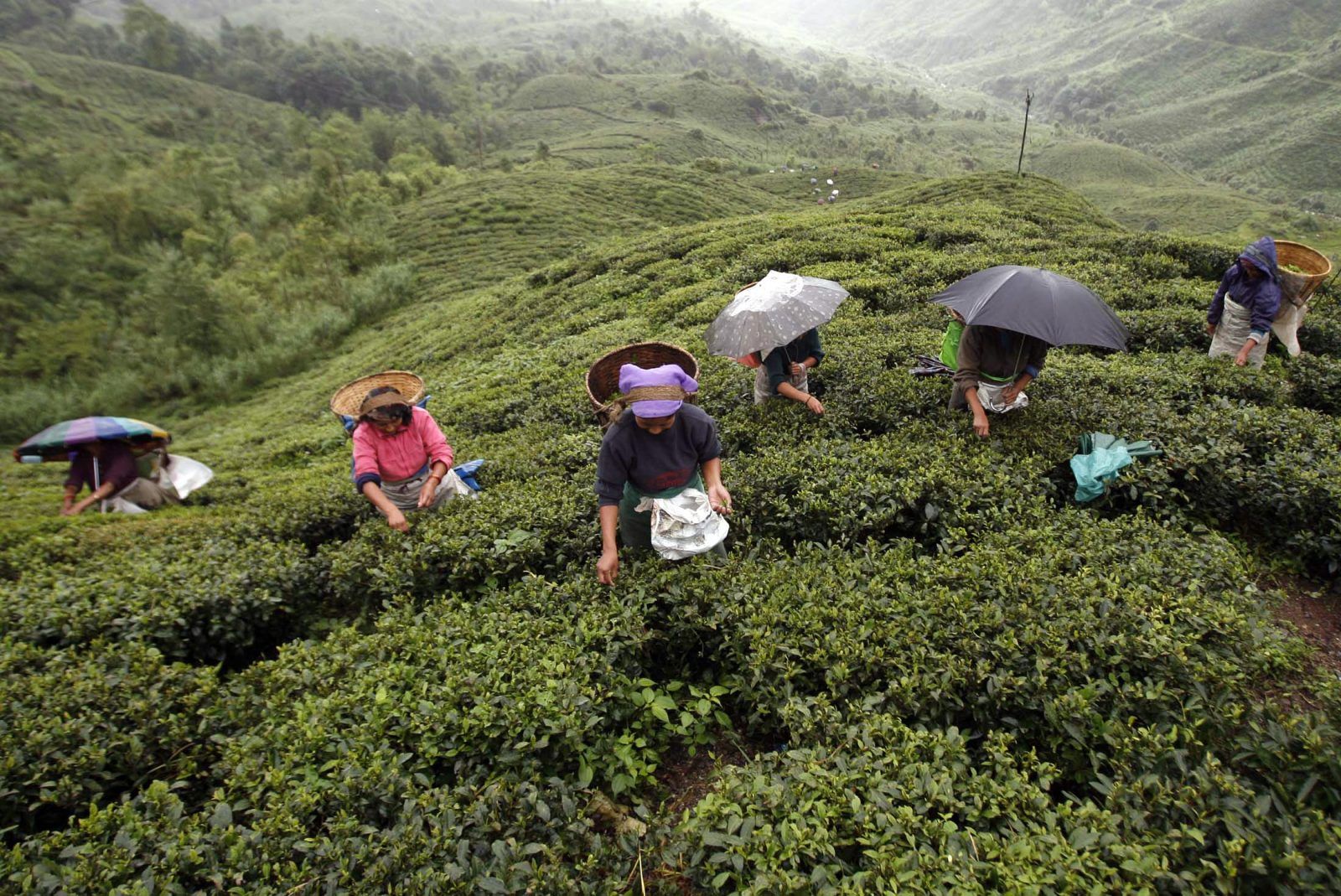 Tea production in West Bengal has come to a standstill in all 87 gardens in the hills. Credit: Reuters

Kolkata: Tea auctioneers J. Thomas & Co. have been auctioning Darjeeling tea since 1861. This year, for the first time in 156 years, there will be no tea to auction. As the indefinite strike called by the Gorkha Janmukti Morcha (GJM) continues, its effect on the global market for Darjeeling tea has been drastic. The stocks are expected to run out completely within the next fortnight, as a consequence of which supplies to wholesale markets across the world will stop.

Krishnan Katyal, chairman of J. Thomas & Co., told The Wire that their stocks are completely exhausted. “Whatever there was has now been sold,” he said.

Just last year, as Hindu Business Line reported, tea production in India had reached a record high of about 36 million kilos. A lion’s share of this was to be credited to the 7% growth in Assam. West Bengal, on the other hand, witnessed a 1.68% growth in tea production.

This year, however, the production in Bengal has come to a standstill in all 87 gardens in the hills. As of June 8, Katyal said, there has been no production at all – a completely unprecedented situation in the middle of the season. Even in the 1980s, when the demand for Gorkhaland had escalated, a complete shutdown did not occur, he said.

Badal Ghosh, owner of Ghosh & Co., a tea trader based in Siliguri who has been in the business since 1972, told The Wire that all the gardens in the hills have ceased to function. “The trees in the gardens are growing wild; the leaves have grown longer so even if production were to resume right now, it will be of little use.”

The GJM’s strike especially affects the second flush, which as J. Thomas’s Anindyo Choudhury had told NPR, “is supposed to be at its most vibrant, its colours at its deepest and the auctions at their busiest.” According to Ghosh, this year’s second flush has been irrevocably ruined by the strike.

Katyal said at this stage during the season, J. Thomas would normally be printing about 5,000 to 6,000 packages for sale in a week, but this year they are barely printing 200 a week. The consequent financial damage to the industry has reportedly been to the tune of Rs 250 crores and is expected to rise. Furthermore, Katyal said, “Darjeeling tea is not going out into the world anymore.”

While J. Thomas doesn’t own any gardens and are entirely dependent on supplies from the hills for their sales, even companies like Goodricke, which has eight estates in the hills, are running out of stock, according to a Times of India report.

The sudden cut in supply has affected prices. Anshuman Kanoria, the chairman of Calcutta Tea Traders Association, told Economic Times that prices are doubling. “The whole leaf Darjeeling teas that were earlier fetching Rs 500 per kg are now being sold for Rs 1000 a kg,” he said.

What about the workers?

Apart of the financial losses, Katyal stressed that the situation is also extremely unfortunate for the tea plantation workers. Last month, when the agitation had already been ongoing for a month, the planters petitioned the central government for financial help. At the time, Binod Mohan, chairperson of the Darjeeling Tea Association, had told IANS, “The longer it takes, the more would be the collateral damage incurred by the industry. We are urging all stakeholders to ensure the gardens resume operations.”

Sonia Jabbar, whose family has owned a tea estate in Naxalbari since 1884, told The Wire that the last couple of months have been complete chaos – the GJM’s strike has disrupted daily life; there is a shortage of food and the tea industry is being held hostage by Bimal Gurung’s false promises of statehood.

Also read: A People’s Account of the Ongoing Struggle for Gorkhaland

But Darjeeling’s tea estates have been under threat for a while now. Since 2002, estates have been shutting down or being abandoned. A 2005 International Labour Organization report stated that more than 150 estates had shut down. The workers of this labour-intensive industry have been living in deplorable conditions, suffering malnutrition and poor health, which lowers life expectancy – concerns that have repeatedly been expressed in several international forums over the years. On June 14, as the district of Darjeeling shut down, tea plantation workers in the district of Jalpaiguri went on strike, demanding minimum wage, and clashed with the police.

Most of the tea workers of Darjeeling are part of GJM affiliated unions, said GJM spokesperson Swaraj Thapa. According to him, the demand for Gorkhaland resonates with the plantation workers who have remained disenfranchised on the plantations for generations. “Darjeeling tea is the most expensive tea in the world, but the lives of the workers who have worked here for generations has not changed. Here, they have to fight to get minimum wages,” he said.

“What about the losses that the workers have suffered for generations? To me, that loss is more than what the owners will lose in one season,” he said.

When asked why the GJM has focused its agitation on the matter of identity and has not highlighted the plight of the workers in their agitation, despite the tea industry being an integral part of the local economy, Thapa said, “The worker is a local and all of us are suffering from the same issue – the workers cannot demand their rights properly because his identity is being denied when all the policy decisions are being taken in Calcutta.”