Avoiding a Lost Decade: How Do We Go From Global Pandemic to Prosperity For All?

Calls to 'reglobalise' as quickly as possible do not offer a desirable route out of this global recession. 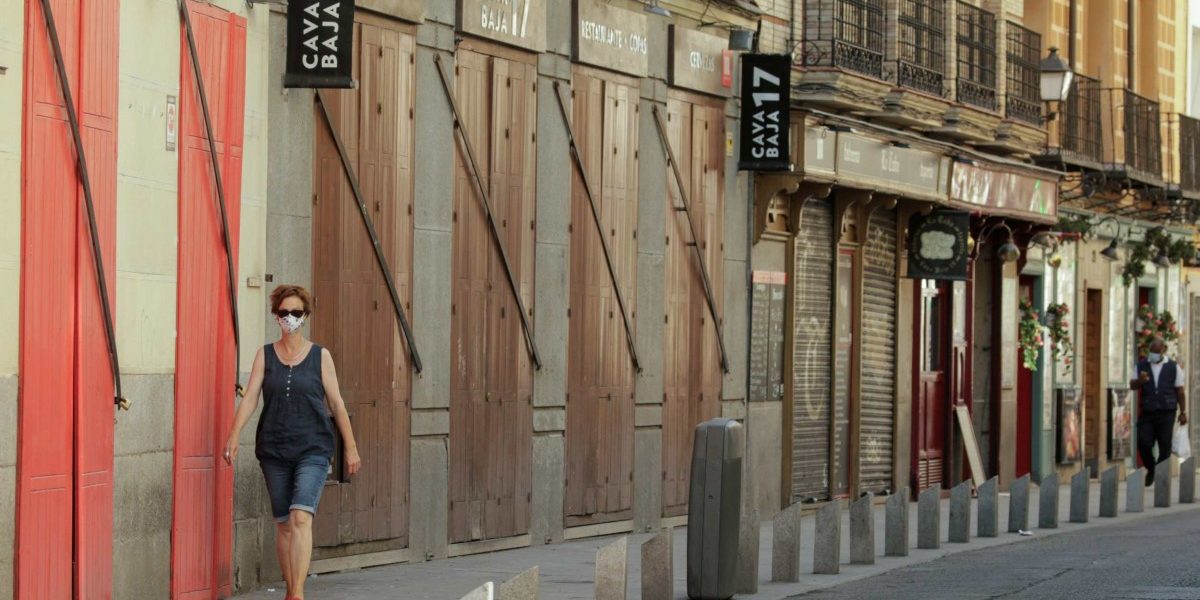 The pandemic has exposed the fault lines of the hyper-globalised world. The discontents of hyper-globalisation that began in the 1980s include high levels of inequality, rising concentration of rents, declining labour share, growing informality, mounting levels of debt and the diminishing role of the State.

The UNCTAD’s Trade and Development Report 2020 has suggested that the hard push towards ‘free trade’, which is continuing even during the pandemic, has deepened inequalities at all levels and fractured the spirit of multilateralism, leading to a growing trust deficit in the multilateral organisations, including the World Trade Organisation.

As a result of the pandemic, the global economy will contract this year by over 4%, with an estimated swing of 6.8 percentage points leaving a shortfall in global output by year’s end of over $6 trillion. The world economy will be a ‘90% economy’ – smaller than before but much more fragile, more unequal and more vulnerable to future shocks. The world will experience a K-shaped recovery, with a V-shaped recovery for the wealthy and a struggle for everyone else.

Trade will shrink by around one-fifth this year, foreign direct investment will fall by 40% and remittances will drop by over $100 billion. While the biggest absolute fall in outputs will be in the developed world, the greatest economic and social damage will be in the developing world, where levels of informality are high, commodities and tourism major sources of foreign exchange, and fiscal space has been squeezed under a mountain of debt.

With current relief packages expected to end by the end of this year, many are hoping for a full V-shaped recovery – the best-case scenario under the circumstances – with annual growth of above 5% next year and the world economy returning to its 2019 level by end of 2021. However, even this outcome would leave a $12 trillion income shortfall in its wake and an engorged debt burden, particularly in the public sector

Our estimates show that the V-shaped recovery may not bring back the world economy to the 2019 level of growth. The developed world will contract by 5.8% this year and experience a growth recovery of 3.1%, failing to fully recover the lost growth. The developing countries will more than recover the lost growth but mainly on account of China, where output growth remained positive in 2019 and is expected to bounce back in 2021, growing faster than 2019 level. Most of the other developing countries will experience a much slower recovery in 2021 and will not be able to fully recover to the level of 2019. India is expected to grow by 3.9% in 2021 from a negative growth of 5.9%.

The COVID-19 pandemic has provided a second chance to recover better but unless there is a dialling back of regulatory capture by corporations and inequalities are reduced, the global economy will become even more fragile and the damage from the next shock will be even more profound.

The report argues that the calls to ‘reglobalise’ as quickly as possible do not offer a desirable route out of this global recession. What the world needs now is an enhanced role of the state in terms of commitment to full employment and social protection for a better recovery than the one that followed the last global crisis. The labour income share has displayed a downward trend in many economies, both developed and developing, since the 1980s, including India, with a corresponding rise in the profit share. Raising minimum wages, strengthening collective bargaining institutions and increasing employers’ social security contributions are needed. Rise in labour income share can drive up GDP growth by supporting household spending and, indirectly, business investment. But this will not happen unless better multilateral governance promotes and coordinates a global programme of redistribution and recovery.

Intrusive trade rules promoted under the banner of “deep integration” are a threat to recovery. For recovering better, industrial and trade policies will have to target at employment generation and wage protection and for this developing country will need policy space in the existing trade and investment agreements. It is the perfect time to revive multilateralism in a way that it recovers its trust deficit.

UNCTAD proposes a temporary “Peace Clause” in the WTO and in the FTAs on pandemic-related government actions which will enable them to provide the much-needed support to their domestic industry, small and medium enterprises in the export-oriented sectors for better recovery. This will also enable countries to quickly adopt and use emergency measures to overcome intellectual property, data, and informational barriers.

A permanent standstill is also required in all relevant fora on claims against government measures implemented in the context of COVID-19 which would help create the necessary policy space to support recovery efforts. An immediate moratorium on ISDS cases by international corporations against governments using cross-border investment treaties, and a permanent restriction on all COVID-19 related claims, are also needed.

Negotiations launched in Doha in 2001, officially the Doha Development Agenda, represented an attempt to rebalance the trading system in important respects, but over the course of negotiations there have been attempts to shift away from that objective. The demands for new market opening in developing countries have increased alongside a moderation in the commitment to address the core developmental concerns of many developing countries, particularly in agriculture.

Moving forward, concluding the Doha Round and delivering on the Doha Development Agenda in the WTO would be a way to restore trust in the trading system with a commitment to special and differential treatment as a prerequisite for ensuring a fair outcome.

Given the serious tensions hampering the workings of the international trading system, now would be a good time to establish an independent commission to examine whether the WTO’s 25 year negotiating record has fulfilled the principles of the Marrakesh Agreement. The preamble to this agreement, which laid the basis for the WTO’s creation in 1995, bears the unmistakable signs of a pact as yet unfulfilled. It speaks of “ensuring full employment”, and the importance of “sustainable development” consistent with different levels of development. It is time to reflect on whether the world has lived up to those ideals.

Industry 4.0 has created new challenges for the developing countries, while providing some opportunities during the pandemic. The growing digital divide constraints the ability of the governments to generate higher employment opportunities and raise income shares. Along with recovering from the pandemic, the governments will also need to invest in their digital infrastructures and build digital skills of the populations. For this, they will need the policy space, which was available to the digitally advanced countries when they were building their digital capacities. New issues, such as the digital rules are being negotiated by a group of countries under Joint Statement Initiative with the aim to parachute these rules into the WTO. But these rules should not be multilateralised until developing countries fully understand their development implications and accordingly build their digital competitiveness.

Along with policy space, developing countries also need fiscal space. As the digital economy has expanded, the current international tax framework, based on the concept of permanent establishment, has become less and less relevant to determine where taxable value is created and how to measure and allocate it between countries. In this case, best reform, from the point of view of developing countries, would be to base international tax norms on “significant economic presence”.

Taxing the digital super-platforms is crucial, especially for developing countries. The ideal solution would be to introduce taxes on digital services, which would make digital enterprises pay their taxes to jurisdictions where their customers are located. In pursuing this agenda at the international level, it will be important to give a more prominent role to monitoring institutions such as the United Nations Committee of Experts on International Cooperation in Tax Matters, and to adopt a fully multilateral convention against tax avoidance and evasion. Due to its universal membership, the United Nations is the most legitimate body to balance the voices of Member States of different size and to coordinate processes of collaboration and coordination between countries.

Reviving multilateralism in its true spirit would imply seeing the multilateral trading regime as a mechanism by which trade globalisation and the nation state are not competitors but are mutually reinforcing, and multilateralism becomes the glue which binds them together.

Rashmi Banga is a senior economics affairs officer at UNCTAD.