The G20 Claims it Wants to 'Recover Together' – But Does it Really?

The developed economies are largely inwardly focused and have little inclination to think about the impact of their macroeconomic policies on the developing world. 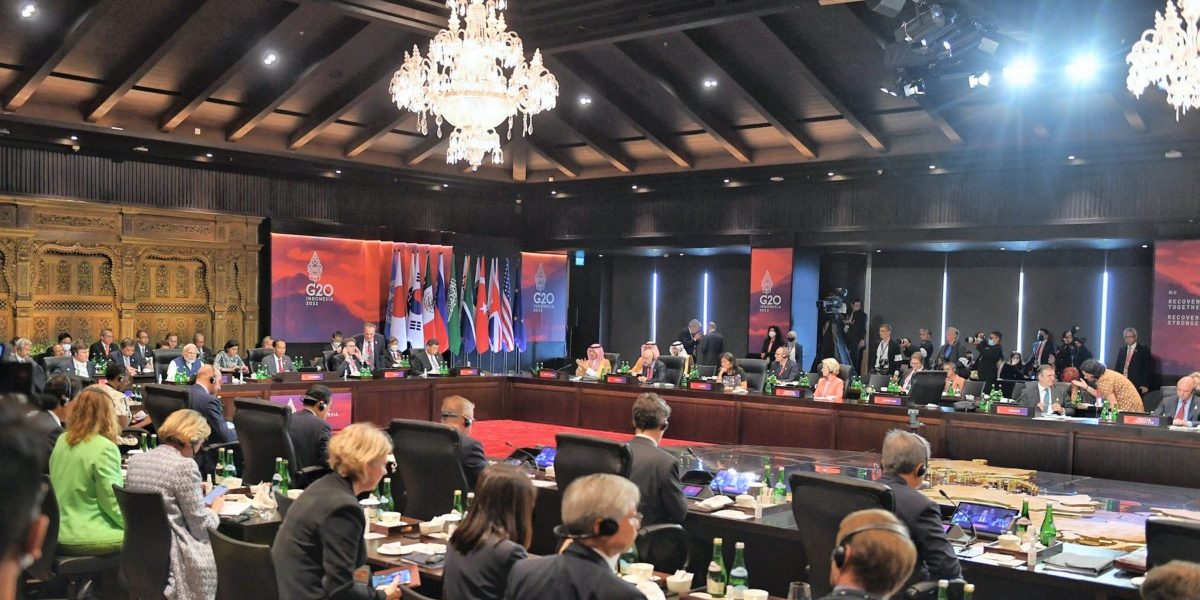 The G20 is often described as a talk shop which is long on intent but short on actionable  details. Intent is reflected in the opening lines of its joint communique: “As large economies, we collectively carry responsibilities and … our cooperation was necessary to global economic recovery… and [we must] lay a foundation for strong, sustainable, balanced, and inclusive growth.”

The G20 economies represent 80% of global GDP, 75% of international trade and 60% of the world population. It is therefore a premier forum for global economic cooperation. The theme of the Bali G20 meet under Indonesia’s presidency is “Recover Together, Recover Stronger”.

“Recover Together” is against the backdrop of post-Covid economic crises and disruptions in global production value chains, made worse by the Ukraine war which has created serious food and energy insecurity. The G-20 communique waxes eloquent on these, but does not provide a detailed roadmap for economies to coordinate their macro policies to “Recover Together”.

The developed economies are largely inwardly focused and have little inclination to think about the impact of their macroeconomic policies on the developing world. So where is the element of togetherness in the global recovery mechanism?

Policy in the US, the world’s largest economy, is inwardly focused on taming inflation at any cost by aggressively raising interest rates. It has imposed heavy costs on developing economies, whose currencies are losing value rapidly, making it ever more costly to import food and energy. The food and energy crisis is aggravated by the constant appreciation of the dollar against the currencies of developing nations, which are net importers of energy.

Some US analysts call for extraordinary measures ― market interventions to stem the rise of the dollar beyond a point. This might provide some relief to the developing economies which could recover faster, thus lifting global growth, it was argued.

The rising US dollar and costlier energy imports have put even India’s macroeconomic situation at risk by drastically increasing the current account deficit to over 3% of GDP.  For the first time in decades, India will see a large negative balance of payments for 2022-23.

The larger point is that the US and strong EU economies have a very high per capita income base. So if they adjust their policy to enable the low and middle income countries to recover quickly, then the G20 slogan of “Recover Together, Recover Stronger” might hold good.

The communique talks about enabling greater capital flows and trade, but the IMF has forecast GDP growth and global trade to decelerate sharply in 2023. All the macroeconomic strategies of the developed world, including the aggressively hawkish monetary stance of the US, are leading to one destination ― a sharp slowdown or mild recession. In such a situation, developing economies, which do not have an adequate social security net, will be hit hardest. The G20 Presidency is coming to India in the most challenging of times.

In 2008, after the global financial crises, the G20 did recover together because it was easier to get every country to loosen its fiscal and monetary policies. But today, macroeconomic coordination is far more challenging because every economy is under pressure to tighten fiscal and monetary policies, which were loosened a lot during the Covid crisis. The policy direction is opposite to what we saw after the 2008 global financial crisis.

If most G20 economies are tightening up, a sharp global economic slowdown and a lot of  pain must ensue. Under India’s stewardship, G20 will have to discuss how this policy of hard landing, especially in the US and EU, can be calibrated to minimise damage to the poor nations. It’s a bumpy road ahead.