While it will help stop unwanted and sneaky takeovers, industry executives and legal experts say stricter government scrutiny could delay FDI inflows in sectors where there may not be an obvious national security angle. 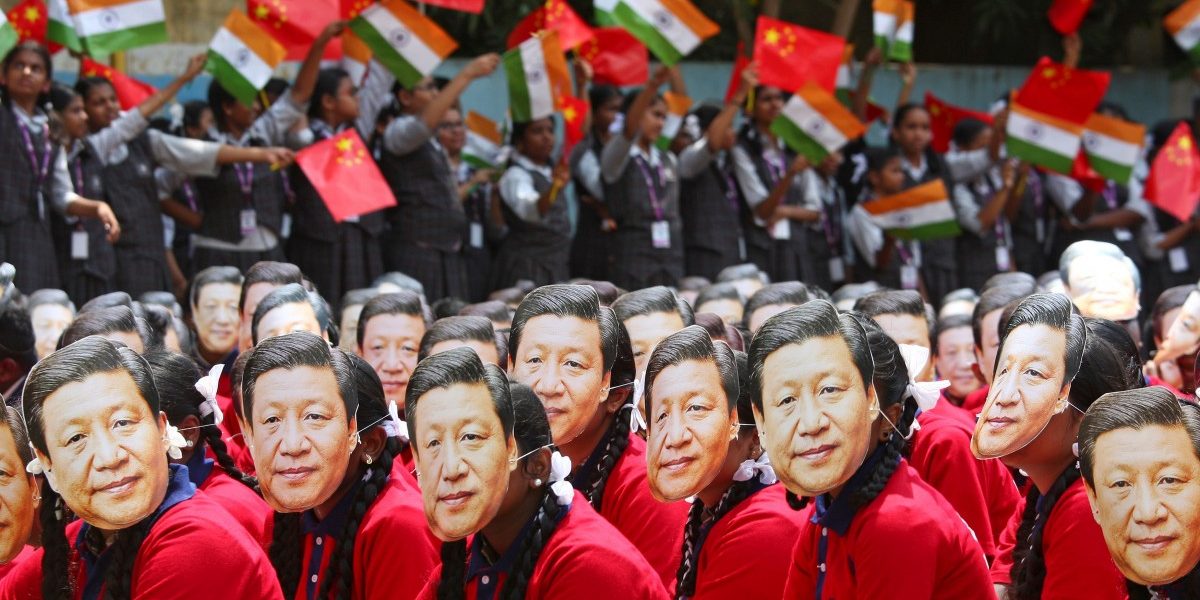 Students wear masks of China's President Xi Jinping as other waves national flags of India and China, ahead of the informal summit with India’s Prime Minister Narendra Modi, at a school in Chennai, India, October 10, 2019. Photo: Reuters/P. Ravikumar/File Photo

New Delhi: While India’s tweaks to its foreign direct investment (FDI) policy are publicly aimed at curbing ‘opportunistic’ takeovers of distressed domestic firms, the changes also appear to be creating new roadblocks for investment in a number of sectors ranging from manufacturing to consumer technology.

Senior industry executives and legal experts The Wire spoke to said that there will be some collateral damage from the Narendra Modi government’s move to scrutinise and approve all forms of Chinese foreign direct investment.

These side-effects, which may or may not have been wanted by the Centre, will slow the pace of foreign investment.

There are broadly two types of issues that have cropped up and may require further clarification by the government.

The first is the flow of Chinese investment — largely in the form of venture capital — into Indian technology start-ups. According to estimates by think-tank Gateway House (shown below), more than half of India’s 30 pre-COVID19 unicorns have a Chinese investor.

There are over 75 Indian companies with major Chinese investors who are concentrated in the e-commerce, fintech, media/social media, aggregation services and logistics sectors, according to their November 2019 report.

Indian Unicorns with Chines… by The Wire on Scribd

“It is likely that investors and Indian companies could view this as a bit of a dampener as earlier the original investment was under the automatic route but now it will have to be through government approval. This could impact those Indian companies in which the entities from these countries, including China, have already made investments,” a top legal counsel for an Indian firm that has significant connections to China told The Wire.

The biggest names among those that could be affected include digital payments platform Paytm, ride-sharing company Ola and online grocery retailer BigBasket, all of which have received billions of dollars in investments from Chinese companies.

Indeed, industry insiders say that fresh investments in these companies from existing investors will now face additional scrutiny, which in turn could drastically increase the timeline for completing a deal.

A senior executive of an Indian unicorn that has taken Chinese investment said the move may put all big companies in a spot as it will now force top government officials to take decisions in sectors that may not have national security implications.

“It is one thing to have a policy that says the Chinese cannot invest in X, Y and Z sectors that affect India’s national security interests. But now, Indian government officials will also be forced to think whether we want Chinese money in a taxi aggregator like Ola. There may be no obvious security threat, but if the government feels it is, there are other ways to deal with it like mandating that they store their data in India. FDI approval is a rather strong sledgehammer. Who knows how the government will be influenced in matters like this? Will it listen to people in the swadeshi lobby,” said the executive.

“For tech companies in which Chinese investors own a strategic stake, say 30% or more, it puts them in a tight spot. They will have to seriously consider how they want to raise more money.”

On Monday, The Economic Times reported how the economic wings of the Rashtriya Swayamsevak Sangh had stepped up pressure on the Centre to crack down on Chinese investments.

Another closely connected issue is that if Chinese FDI will now be seen as more time-consuming to deal with and riddled in red tape, it lowers the number of options that an Indian company has when it comes to fund-raising or an exit in terms of acquisition. This, experts say, makes the whole process less competitive, thus resulting in sub-optimal and less profitable outcomes.

“Making government approval necessary for acquisitions in private companies by Chinese investors will only reduce the number of potential investors available for a prospective seller, and drive down the valuation. The absence of a white knight may cause bankruptcy and job losses,” said Santosh Pai, Partner, Link Legal India, who advises foreign investors including those from China, in his recent analysis on the matter.

For bigger companies like Paytm, Chinese FDI is a bulwark against investments made in the payment space from American rivals such as Walmart-owned PhonePe and Google. Any restriction on investments by the company’s majorshareholder, Alibaba, may hold back Paytm’s growth.

Not a big problem?

Some experts, however, believe that it will be net-net positive for India Inc considering the troubling economic atmosphere in light of COVID-19.

“Such restriction is warranted at least during the time India Inc recovers and stands on its feet again. This shield would also apply to companies in the consumer retail and automotive where FDI was otherwise under the automatic route,” said Anil Talreja, Partner, Consumer Business, Deloitte India.

Talreja added that there was also no question of there being any exemptions with regard to the press note put out by the DPIIT.

“This crisis of COVID is not an India crisis. It is a global crisis. Everybody is going through it. They will first look to put their house in order. Today because of the fact that India Inc is injured, the Indian entrepreneur may not invest,” Talreja told The Wire, adding that he believes the rules will help the domestic ecosystem and that it ideally will be a temporary and not permanent measure.

Other legal doyens also pointed out that the increased scrutiny of Chinese FDI won’t be a meaningful barrier as non-problematic investments will be easily cleared by the government.

“It is crucial to note that that this is not going create a chilling effect on investment, given that investments are only placed under the Government route an not restricted entirely – and accordingly subject to due disclosures and fillings they may be considered. Similar restrictions have been imposed in other jurisdictions recently – Australia has placed restrictions on foreign investment to prevent predatory takeovers of their companies, certain European countries are contemplating similar restrictions,” said Cyril Shroff, Managing Partner, Cyril Amarchand Mangaldas.

Indeed, the second problem with the new policy is that it is not narrowly focused and will impact all sectors that were earlier under the automatic route. For instance, the new FDI policy erects roadblocks for greenfield projects, expanding existing facilities in India and the joint ventures that Chinese companies have here in the infrastructure space.

For instance, if a new Chinese mobile phone company wishes to come into India and set up an assembly plant, this will now require government approval. Under the earlier rules, it did not require any specific permission as 100% FDI in manufacturing was allowed.

“These are investments where Chinese investors bring fresh capital to establish new factories and generate employment in India. China has been the fastest growing source of FDI since 2014. The positive sentiment generated among industry players in China since then may well be punctured by the need for government approval,” Pai notes.

How much is at stake here, if the government red-tape decides to slow things down? Until 2014, a Brookings India paper notes, total Chinese investment in India was $1.6 billion. Most of the investment was in the infrastructure space, involving major state-owned Chinese players.Over the last few years however, this has increased five-fold to at least $8 billion according to data put out by Beijing, with a clear shift towards market-driven investment by private Chinese players.

But even this is likely an underestimate, according to a research paper put out by Brookings India.

As the study notes, even these figures are still an underestimate as there are a number of imitations in the “exercise of mapping Chinese investments in India”. This includes the fact that many Chinese companies prefer to invest through their Singapore subsidiaries — like mobile firm Xiaomi, which invested Rs 3,500 crore in India in FY’19.

Did the Modi government intend to scrutinise and put up barriers, however small, on China-backed greenfield projects in India?

While there has been no official word from the commerce or external affairs ministry, Niti Aayog chief Amitabh Kant on Monday afternoon appeared to indicate otherwise.

In an interview to television channel CNBC, Kant said that India still welcomes investment from everywhere including China, in what appears to be a slight dialing-down of the rhetoric that was seen after the People’s Bank of China increased its stake in HDFC in the recent January-March quarter.

“Better that Chinese companies invest in India rather than export from India. We realise that India needs equity and FDI….If China comes in and [does] greenfield investment, we would welcome that. All Chinese companies manufacturing in India should continue to do so,” the top Niti Aayog official told the business channel.

“We greatly welcome China’s investments. Nowhere have we said that we are going to constrain China’s investment. They have been a big player in India’s startup story, they have greatly invested into India, we welcome them,” he added.