Delivery and execution of the few admirable measures will be key to their success. Meanwhile, there is still nothing for India's migrant labour – those stranded in cities and making the long trek to their villages. 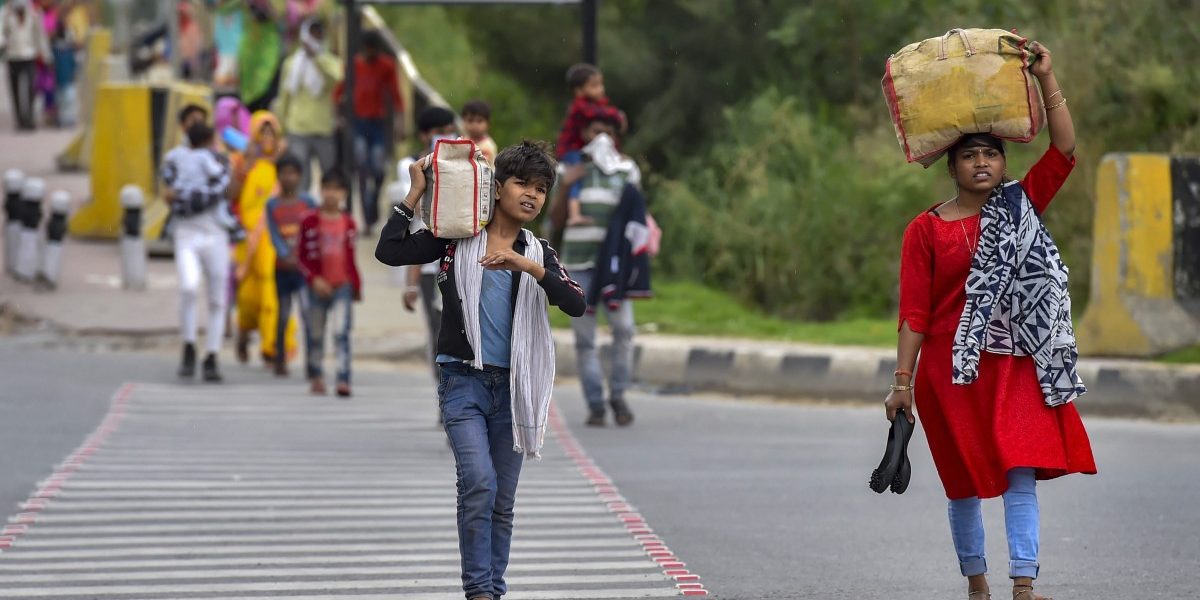 A group of migrant labourers walk to their villages amid a national lockdown, on the NH24 near the Delhi-UP border, March 26, 2020. Photo: PTI/Ravi Choudhary

This time also, the poor came second. The people’s ‘janta’ curfew on March 22 prepared the ground for an all-India shutdown for three weeks, starting immediately after the Prime Minister’s address to the nation at 8 pm on March 24.

It is no surprise that the lockdown is already having the largest impact on those who are least prepared to face it – India’s poor citizens.

The organised sector was given several reliefs on March 24, before the shutdown was announced. Several compliances of businesses were eased and relaxations were provided under Companies Act, banking, income Tax and GST.

The Rs 1,70,000-crore package announced by the Centre on March 26, as the ‘Prime Minister Gareeb Kalyan’ scheme is targeted to provide relief to the migrant labour, rural poor, agricultural workers, widows and others in need of help.

However, many of these measures will actually bring relief only after the shutdown is lifted. What the poor need most is assistance to survive the next three weeks of shut down.

It is not clear if the poorest of the poor, Antyodaya Anna Yojana families, will also get additional 5 kg food grains, in addition to the 35 kg per family they get at present. It also will be very difficult to distribute the additional allotment of 1 kg of pulses as the stock of procured pulses are stored in procuring states and it will be uneconomical and time consuming to mill the pulse and then transport it to fair price shops across India. It is also unlikely that 5 kg additional grains can be distributed during the lockout as transportation from warehouses to fair price shops is difficult due to the lockdown. It would be much simpler to just give the money directly.

The quickest possible relief during the shutdown is possible through direct benefit transfers.

Under PM Kisan, about 8.7 crore farmers can be given the first installment of Rs 2000 for 2020-21 in the next few days. But this goes only to those who have land in their name. So, the landless labour, tenants, artisans and others are not eligible for this.

Under the National Social Assistance Programme (NSAP), the poor among senior citizens, widows and disabled are entitled to a monthly pension, paid through DBT. They will now get an additional Rs 1000 in the next three months. But they will not get it at one go and it will be paid to them in two instalments. This benefit to about 3 crore poor citizens would have served more purpose if the entire amount was given in one instalment in the next few days, as lockdown is the period of highest distress. 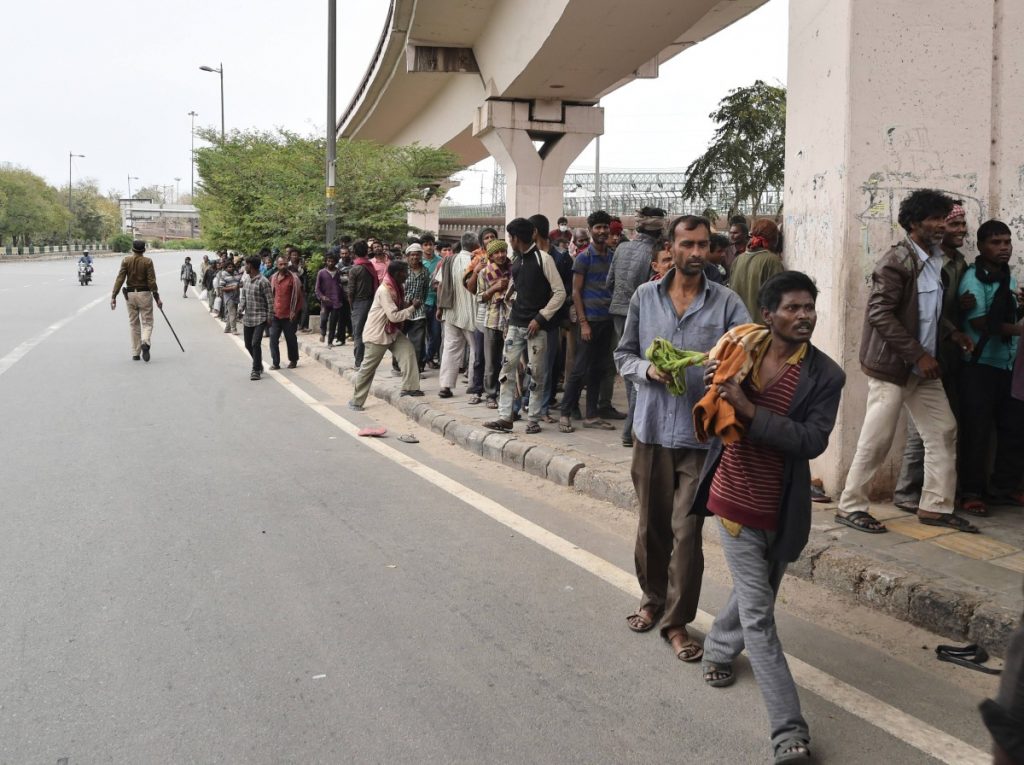 The best announcement made by the Finance Minister is to pay Rs 500 per month for the next three months to 20 crore women in their Jan Dhan accounts. This is the first time these accounts will be used, without government officers establishing that the person is deserving of assistance. Under all the Government schemes, exclusion criteria are used to select the eligible persons. If this experiment is successful, it would be possible in future to use Jan Dhan accounts to transfer money without any additional screening.

The decision to give free LPG cylinders in the next three months will not be of much help during the shutdown. In any case most beneficiaries of Ujjwala have not been buying cylinders on a regular basis.

An amount of about Rs 31,000 crore is available with the states through cess collected under the Building and Other Construction Workers Welfare Cess Act, 1996. There are about 3.5 crore building and construction workers in India. These workers would be highly distressed as construction activity has come to a halt due to shut down. It is not known if the Aadhaar seeded database of such workers is available with all the State Governments. It can bring substantial relief to them if they can get the money in their accounts.

All in all, the package will no doubt provide some relief to the poor during the period of shutdown. However, it has nothing for migrant labour, stranded in cities, on the way to their villages.

If the government wants these people not to travel back to their native places, immediate arrangements have to be made for their accommodation and food. While the government can provide shelter, NGOs are better equipped to provide food. The government should provide them rice free of cost and give them 75% of cost as a grant to distribute food. NGOs should then, in turn, raise the balance 25% from the public which is quite willing to contribute.

The most distressing pictures of lockdown so far have been those of men, women and children walking back to their villages, sometimes hundreds of kilometres away.Our world has never seen a challenge like coronavirus. The administration in various states is on test. One can only hope that the poorer states will prove that they can also perform in times of crisis.