Far From Silver Bullet, GST Will Likely Have Negative Impact on Growth

In its current form, the GST will have a negligible positive impact on growth, may be negative for the business environment, and may not even be revenue neutral. 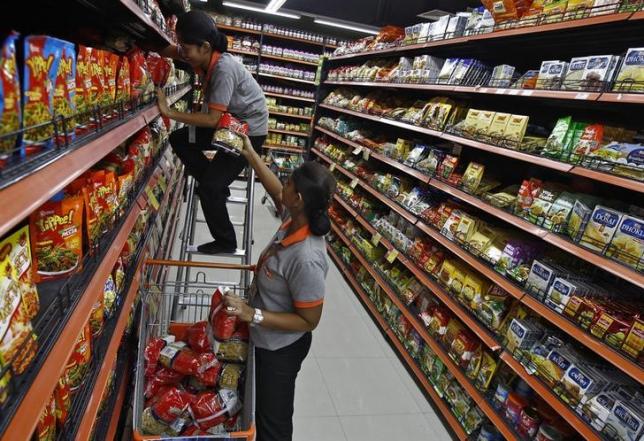 There is renewed optimism about the passage of the Constitution (122nd Amendment) Bill, known popularly as “the Goods and Services Tax (GST) bill” in the Rajya Sabha and hence Parliament.  In fact, the stock markets have consistently been reacting positively to any news of a possible rapprochement between the BJP-led Central Government and the opposition, in particular the Congress Party which has remained obdurate.

While I agree that the passage of this bill would be an important step in the direction of tax reforms in India, I have strong reservations about the statements that have been made by industry leaders and even the finance minister, claiming this would be some sort of a silver bullet. GST, it is said, will lead to an increase in GDP growth rates by “one to two percent”, “create a true common market in India”, and build a better business environment, while being revenue neutral.  My contention is that in its current form, the GST will have a negligible positive impact on growth, may be negative for the business environment, and may not even be revenue neutral.

The original concept of the GST was to have a single tax which would subsume all central and state indirect taxes and eliminate cascading of taxes.  The proposed tax does subsume the major indirect taxes, including, central excise duty, service tax, state VAT, countervailing duty / Special Additional Duty of Customs, octroi and entry tax, purchase tax, luxury tax, taxes on lottery, betting and gambling, etc.  However, four critical state level taxes have been excluded from GST: tax on petroleum products, electricity duties, excise duty on alcohol, and stamp duty on immoveable property.  Moreover, the “additional tax (not exceeding 1 percent) on supply of goods in the course of inter-state trade” simply Far From Silver Bullet, GST Will Likely Have Negative Impact on Growthappears to be a replacement of the Central Sales Tax since it is non-VAT-able.

An ideal GST, with a low, single rate on all goods and services and a very small list of exemptions, is widely considered to be pro-growth as it effectively cuts out cascading of taxes and increases productivity of economic activity.  Such a GST is the New Zealand model, introduced way back in 1986 with a standard rate of 10 percent widely applicable on all goods and services, the only exemptions being financial services, residential accommodation rent, and supply of fine metals.  The impact of such a neutral GST was very positive; the GDP growth rate in 1987 over 1986 went up to 2.1 percent compared to 0.8 percent in 1986.  Of course, at the same time, there was also a one-time jump in inflation (CPI):  for the October-December quarter of 1986 during which GST was introduced, the CPI rate was over 18 percent, whereas it had been 11 percent in the July-September quarter.

Canada introduced a GST in 1991.  Several analysts have shown how this GST was far less than ideal, riddled as it was with several exemptions:  various types of health, medical, and dental services, child-care services, legal aid services, educational services, services provided by financial institutions and investment dealers, insurance policies and the related services of insurance agents, residential rents, sales of used residential properties, and sales of vacant land and farmland, and small traders are also exempt from GST unless they choose to register.  Now, if we look at the impact on the economy of the introduction of this tax, it tells a very different story.  GDP growth rate dropped from 2.4 percent in 1989 to 2.1 percent in 1991 (note that the GST was introduced on January 1, 1991).  Of course, there are bound to be a large number of other macroeconomic factors that would have impacted the GDP growth number, but this analysis does show a contrast with New Zealand.  Given that in India, the proposed GST is also riddled with a very large number of exempt goods and a non-cascading tax structure will not be achieved, it is likely to have a negative impact on growth.

Petroleum products constitute between a quarter and a half of states’ total revenues, and are hence significant revenue handles.  Petroleum products are also a significant cost of production for several services and industries.  Keeping them in GST would enable a producer to claim the GST paid on petroleum products as an input tax and create a smooth, non-cascading tax channel that eliminates the tax-on-tax nature of indirect taxation.  This would prevent unnecessary cost inflation.  Similar is the case of electricity duty.  Allowing electricity duty to be subsumed in GST would provide producers to claim input taxes on electricity against their GST payments and prevent cascading of taxes.

For petroleum products, enabling provisions have been created, which is a good thing, but levy of GST is to be made effective at a future date, and the date will be decided by the GST council, which has a 2/3rd vote reserved for states.  More on the GST council later.

In the case of alcohol, it is very hard to understand the logic of keeping it out of the GST.  It would be much simpler to administer for state tax authorities and to comply with for sellers of alcoholic beverages, if alcohol is in the GST.  If a state wanted to levy an additional excise on alcohol, to raise revenue, or for making it more expensive in a bid to reduce consumption, it could still do it under the GST structure.

Stamp duties are another significant source of revenue for states.  In Maharashtra, for example, they are as much as 20 per cent of the state’s own revenues, and in Bihar, 12 per cent, according to the Economic Surveys of the two states.  Again, that is not good reason for keeping them out of the GST.  As per the current proposal, in the case of a real estate business, what would be taxed under the GST are the cost of construction materials and services provided by architects and contractors.  But, a major component of a real estate product is land.  This element shall remain untaxed under the GST, but taxes paid on land i.e., stamp duty cannot be set off as input tax credit and will cascade.  This will also lead to real estate becoming more expensive.

The current proposal provides for the levy of an additional tax of 1 percent on supply of goods in the course of inter-state trade.  Now, this tax is non-VAT-able and so appears to be nothing but the Central Sales Tax called by another name.

The governance structure of the GST calls for the setting up of a GST Council. In the council, the Centre will have 1/3rd share of votes; the balance 2/3rd distributed amongst states. The council is to make recommendations on all major issues such as rates (including rate bands), exemptions, threshold limits, model GST law, principles of levy, apportionment of IGST, principles that govern place of supply, etc.  While it is a good idea to have the GST Council, in the context of the overriding revenue considerations of the states that seem to have guided the design of the GST so far, it could prove to be a stumbling block in introducing genuine reforms in the indirect tax framework.  Remember that each state can and will have their own state GST law, and while the recommendations of the GST Council will be in the framework of a “harmonised structure” they are not binding on the states.  So we may end up with a situation similar to the current reality with each state having roughly similar VAT laws which yet differ in several critical areas.  In this scenario, the common market the GST wants to usher in will remain a distant dream.

What about the hugely positive impact the GST is supposed to have on the business environment?  In an excellent and telling analysis, Satya Poddar and Venkatesh Narayan show how the need for dealers to register in each and every state separately could create a nightmarish situation for tax compliance.  As they point out, each registration will be treated as an independent entity even where these are branches of one company from which goods or services are being supplied.  While at present a typical company with a pan-India operation files two semi-annual returns plus 12 monthly returns, this will go up by many multiples, depending on how many states it has operations in.  In their example, the number could be higher than 1,600.  This will certainly have a very negative effect on the costs of compliance and worsen the business environment in India,

Finally, and most importantly, the proposal is yet to specify what would be the GST rate. It is to be decided by the revenue-minded GST Council.  In discussions of a revenue neutral rate (RNR), with petroleum, alcohol, electricity, and land kept out of GST, a rate over 27 per cent has been talked about.  Such a high rate will be anti-investment and growth, not to say inflationary.  Of course, the Congress Party has insisted on an 18 percent cap to be specified in the law itself, and though the government is not in agreement on this point, it is likely to go for a rate near 18 percent.  If the computation of a RNR of 27 percent is correct, a lower rate of 18 or 20 percent will lead to lower revenues.

The Goods and Services Tax as proposed is certainly not a silver bullet.