It's clear that even if the slowdown is temporary, the next government will have its work cut out in boosting various economic indicators. 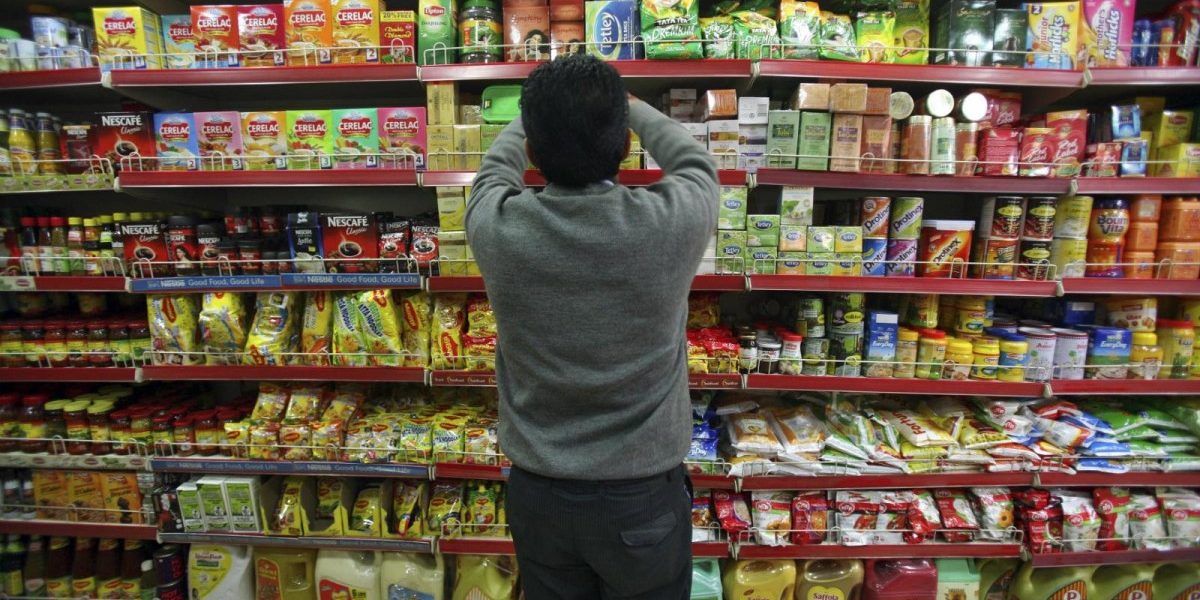 New Delhi: India’s consumers are spending less on everything from toothpaste to automobiles, sparking fears of a growth slowdown ahead of fourth-quarter GDP figures that will be released later this month.

The last six months have seen weak demand and lower sales growth in key sectors such as the fast-moving consumer goods (FMCG) and automobile industries.

Meanwhile, selective growth in bank credit continues to cast a long shadow while a recent crisis in the aviation sector has put the brakes on passenger traffic growth.

But the trouble also seems broader for India Inc: One analysis of over 300 listed companies saw their Q4 FY’19 net profits down, on average, by 18% on a year-on-year basis.

A separate assessment by State Bank of India’s research wing has noted that out of 384 companies, more than 330 exhibited “negative growth in mid-line and bottomline” in Q4 FY’19.

“Even the mutual fund industry is witnessing decline in investment flows. Though credit growth has picked up after dipping in FY17, but it has not been broad based with credit offtake seen mostly in Government and high rated customers. Overall, we still believe the current slowdown could be transitory, if proper policies are adopted in interregnum.”

Earlier this month, the finance ministry admitted that economic growth had cooled slightly in FY’19.

A declining growth of private consumption, weak increase in fixed investment and muted exports were some reasons for the slowdown, the ministry’s department of economic affairs said in a report  titled ‘Monthly Economic Report’ for March 2019.

Most future growth estimates also aren’t sunny: the Credit Suisse Group AG has indicated that economic sluggishness may persist in India for the next year, while Kotak Institutional lowered its forecast for FY’20 to 6.8% from 7.1%.

The trouble in in the consumption growth story started earlier this year, when two keenly-watched sectors started raising red flags.

The March quarter results of India’s FMCG companies was one of the first signs of stress. Hindustan Unilever’s volume growth was 7%, a worrying dip from the comfortable double-digit growth it had recorded in the preceding five quarters. Dabur India reported a growth of only 4% while Godrej Consumer Products’s domestic branded business volumes barely grew at all (1%).

What was worse was the accompanying management commentary. Usually soothing, it adopted a troubled tone for the March quarter results call with analysts: In one such interaction, HUL’s top brass reportedly said “while FMCG is recession resistant, it is not recession proof”.

Also read: Can India Become the Next China for Carmakers?

“When a generally measured management like Hindustan Unilever’s uses the term ‘recession’ in its comments in the post-results presser, it generally isn’t a one-quarter blip,” a Kotak Institutional Equities analyst report on May 4 noted.

Similar commentary was forthcoming from Godrej and Dabur, both of which argued for the need for further fiscal stimulus to boost demand.

Most analysts agree that the stimulus effects of the PM Kisan direct cash transfer scheme will take awhile to kick in.

“After that [June 2019], we expect a minimum lag of 3-4 months for any impact to show up on consumption and company revenues. Thus, we do not expect any recovery in 1H FY20 and the earliest possibility of a pickup will be in 2H FY20,” a report by Credit Suisse analysts noted earlier this month.

The car and motorcycle industry has been simmering for sometime now, although not all automakers are hurting equally.

In 2018-2019, the annual industry sales growth was a positive 2.70%, but 10 out of the 17 companies that compete for a space on India’s roads posted negative sales growth.

In April 2019, the industry recorded the worst monthly sales fall in nearly eight years. According to data put out by the Society of Indian Automobile Manufacturers earlier this week, passenger vehicle sales slumped to 2.47 lakh in April 2019 versus 2.98 lakh in the same month last year, a fall of 17%.

While customers often postpone big-ticket purchases in the run-up to general elections – it happened in 2009 and 2014 – most industry experts believe that the first quarter of 2019-2020 will also be muted.

On the other hand, more factors appear to be at play. India’s biggest auto dealer association has been warning of inventory pile-ups for the last four months. In February 2019, the Federation of Automobile Dealers Association (FADA) said that weakening consumer sentiment, stricter financing options and a general demand slowdown had led to inventory breaching the “unheard level” of 100 days of stock.

“Indian auto sales are experiencing a prolonged slowdown as its already seen 6 months of slowing sales and growth reversal and positive triggers in the near term appear few. Starting with the huge hike in insurance costs in September, we have seen a lot of negative factors come together in the past few months, leading to major postponement in purchase decisions and overall weakening of consumer sentiment,” Ashish Harsharaj Kale, FADA president, said in a statement issued at the time.

What’s on the horizon?

Economic data for the fourth quarter will be out by the end of May 2019, with most experts reckoning that growth will be between 6% and 6.5%.

“Our Composite Leading Indicator (CLI) which has a one-quarter lead over non-agricultural GDP growth, is signalling a contraction in GVA for Q4 FY19 towards 6%. Interestingly, food inflation and retail inflation in general have not picked-up despite increase in MSP,” SBI’s Ghosh noted.

Predictable responses have already started making the rounds, with most analysts calling for the Reserve Bank of India to effect a rate cut.

It’s clear that even if the slowdown is temporary, the next government will have its work cut out in boosting various economic indicators.

Also read: Does India Really Know What its GDP Is?

But the demand slowdown could be a sign of worse future. Rathin Roy, a member of the Prime Minister Economic Advisory Council, recently sparked debate when he warned that India could be headed for a “structural crisis” if the demand created by the 100-million or so people who sit at the top of the country’s socio-economic pyramid has begun to exhaust itself.

“We are heading for a structural slowdown. This is an early warning. The economy since 1991 has been growing not on the basis of exports… but on the basis of what the top 100 million of the Indian population wants to consume,” he recently said.

“It means in short we will not be South Korea. We will not be China. We will be Brazil. We will be South Africa. We will be a middle-income country with large numbers of people in poverty seeing rising crimes. In the history of the world. Countries have avoided the middle income trap but no country once in it, has been able to get out of this.”