Explained: How Will Rahul Gandhi’s ‘Final Assault’ on Poverty Work?

If the scheme will scale up to cover 5 crore of India's poorest families over 5 years, the fiscal burden could get spread out and work roughly to 0.3% of GDP every year. 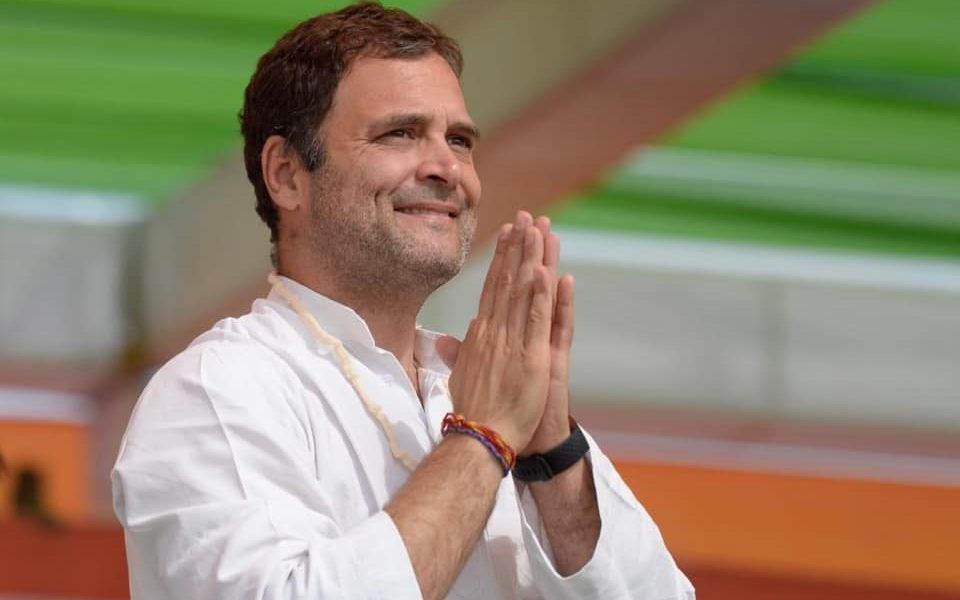 New Delhi: The Congress on Monday finally unveiled the contours of a minimum income plan it promises to implement for India’s poorest if voted back to power in the upcoming Lok Sabha elections.

While initially announced in January, party president Rahul Gandhi this week made public more details on how the scheme would actually work.

In a nutshell, the Congress is offering Rs 72,000 per year to India’s poorest households. This will affect roughly 5 crore households, with the aim of the ‘Nyuntam Aay Yojana’ (NYAY) being that each household would get a minimum income of Rs 12,000 per month or Rs 72,000 per year.

How will this work?

The Congress’s plan appears to have gone through a number of iterations.

Back in January, party leaders had indicated that the scheme would be progressive in nature — that is, 20% of India’s poorest households would not receive a flat payment but would receive a specifically-tailored amount that would ensure they earn Rs 12,000 a month. So if one particular rural household made Rs 8,000 a month, it would receive a ‘top-up’ payment of Rs 4,000.

It appears that this plan has now been junked. In an interview, party data analytics head Praveen Chakravarty says that their research shows that almost every Indian household earns at least Rs 5,000 – Rs 6,000 a month as a collective family.

Therefore, the logic of the new plan is as follows:

2) The minimum income each household should be earning is Rs 12,000.

3) Consequently, NYAY will make a flat payment of Rs 6,000 per month to all these families to make up for that gap.

The money will be paid out in the form of direct bank transfers and probably use the Aadhaar scheme.

How big of a fiscal crater will this create?

The Wire’s M.K. Venu agrees that at first glance the minimum income guarantee scheme appears like a fiscal bomb.

But on closer examination, it could be workable. This is because the scheme doesn’t envisage this expenditure in just one year. Congress sources tell The Wire that the scheme will scale up to cover 5 crore poorest families over 5 years. It will start with the poorest 1 crore in the first year and then move upwards to cover the rest over the remaining four years. So the fiscal burden gets spread over 5 years and will work out to  roughly 0.3% of GDP every year, assuming nominal GDP grows at about 11% annually.

The fiscal deficit, in this case, can be easily managed at around 4% of GDP.

This fiscal burden can be absorbed if the GDP grows at about 7.5% a year and produces commensurate tax and non-tax revenues. Also, the total burden of this anti-poverty programme will not exceed the unpaid and overdue bank debt of the 10 largest corporate groups of the country.

What kind of implementation problems could there be?

Targeting India’s poorest and making payments to them will be a tricky part of the puzzle.

It’s clear that implementation issues are what likely made the earlier version of this scheme — a ‘top-up’ and progressive plan, that would require an income-gap analysis — unworkable and unwieldy.

That does not mean however the final NYAY plan won’t have these same problems.

When asked about how beneficiaries would be identified for NYAY, Chakravarty noted:

“I think it is possible today to identify the 5 crore households in India that earn below Rs 12,000 a month. It can be at the pin code level; it can be at other levels. There have been enough advances in data science today that it is possible. My simple suggestion to you is that you do not need every household detail. It could be block level. It could be at various levels. It is today possible to impute households in regions that earn less than the benchmark. We can verify it through surveys. I think let’s not get caught up in how difficult it is to implement simply because ten years ago it was very difficult. It is not. This is why the idea is being talked about now.”

While the Congress appears confident, the proof of the pudding is in the eating. Implementing NYAY will naturally involve curbing expenditure in other social sector schemes, although it’s unclear at the moment what will be slashed.

If India’s poorest don’t properly receive minimum income, and other means of welfare are cut back, it would be tragic.