Expert Gyan: What the Congress's Minimum Income Scheme Can and Can't Do for India

The Wire spoke to five economists about their view on Congress's proposed NYAY scheme. 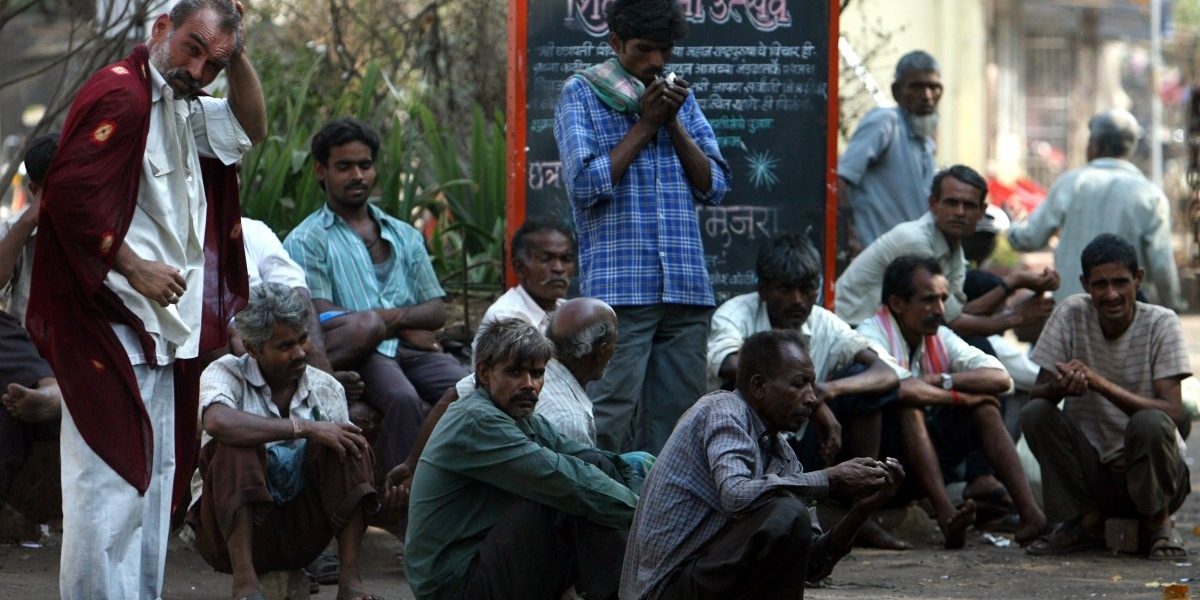 In the run-up to the 2019 general elections, the fate of India’s welfare system has become a contentious source of debate.

This, in effect, is an illustration of how much has changed in the last decade. Since 2014, the NDA-II government has greatly expanded upon the UPA’s dreams of direct cash transfers in lieu of a subsidy-based ecosystem.

The BJP’s latest policy offering before the Lok Sabha polls was the PM Kisan Samman Nidhi Yojana – where India’s small, land-holding farmers will get Rs 6,000 a year in three instalments – a recognition of both the distress that Indian agriculture is facing and how little has been done to alleviate it.

In its latest manifesto, the Congress has upped the ante, promising a whopping Rs 72,000 per year to the poorest 20% of India’s households. Party president Rahul Gandhi has referred to this as the “final assault” on poverty but has been less clear on whether there will be cuts to the social sector programmes or if it can be implemented without major glitches.

The Wire spoke to five renowned economists and social scientists, asking them three fundamental questions: Can India afford to finance the Congress’s promise without doing away with existing subsidies? How will beneficiaries be identified in the absence of precise income data? And finally, could this money have been better spent on providing basic health and education services?

‘Mobilised surplus at cost of India’s rich and middle classes’

A minimum income supplement can be funded by reducing the existing subsidies that primarily go to the rich and middle classes (the current estimate is that such subsidies to the better-off far exceed the total of all our anti-poverty programmes taken together) and by additional taxes on the rich.

Currently, there is substantial under-taxation of property values, capital gains and incomes of large corporations, and there is zero-taxation of private wealth and inheritance (at a time when India’s wealth inequality is mounting).

India can certainly afford to do away with many of the subsidies to the better-off, but with their political clout, the latter will, of course, resist it. 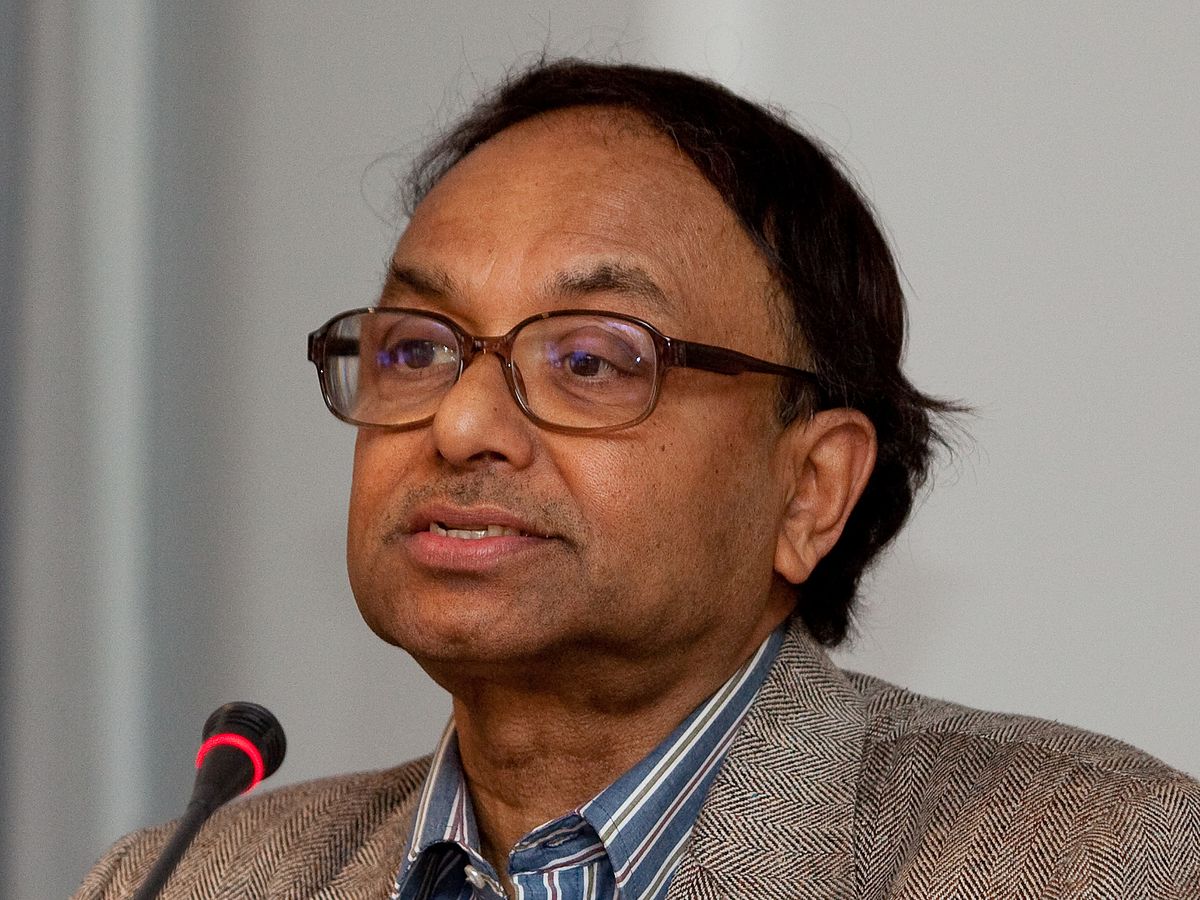 Identification of the poorest 20% is a problem. That is the reason I prefer a Universal Basic Income Supplement which avoids such identification problems. But all targeted programmes face such problems. For example, the Prime Minister’s Kisan support programme is for farmers with land below two hectares, but in many states, they are difficult to identify because the land records are poor.

I suppose for NYAY, one has to ultimately work out some rough identification of the poor by easy-to-administer exclusion criteria – like excluding those with houses of a certain size, those owning certain types of vehicles or other consumer durables, etc.

Such mobilised surplus is not at the expense of health, education, etc. If such surplus mobilisation is not done, it currently goes mainly for the enjoyment of the rich and middle-classes.

Of course, on health and education not having enough funds is not the only problem. For example, in the poorest nine states in India, every year out of whatever paltry amount they get for health projects, a significant part goes back unspent on account mainly of poor governance.

It is refreshing that the Congress, which exhibited nothing but disdain for anything other than in-kind and universal or near-universal transfers during its 2004-14 rule, has come around to accepting highly targeted cash transfers as its central (and so far only) election plank. 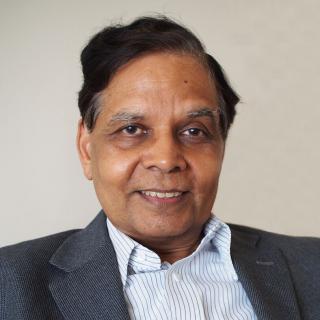 I have advocated targeted cash transfers and rapid growth as the key instruments of poverty eradication for more than a decade: just look up my 2008 book, India: The Emerging Giant (OUP, New York). Consequently, I am tempted to say, welcome aboard, what took you so long?

This being said, I must confess that as currently proposed, NYAY scheme fails to (i) recognise the limits of the state’s capacity to raise revenue; (ii) simultaneously ensure that it does not crowd out other essential public expenditures and (iii) maintain a balance between the interests of those from whom income is redistributed and those to whom it is redistributed.

An ambitious hike in expenditures such as this cannot be defended without simultaneously providing a clearly laid out path to its financing.

Indeed, to be credible, it needs to be accompanied by a bold agenda of reforms that would boost growth to double-digit levels. For now, what we have is a one-point agenda that is unfeasible on its own.

‘Minimum income and basic services are not exclusive’

Indira Hirway
Director of and Professor of Economics at the Centre for Development Alternatives (CFDA), Ahmedabad, India

In a situation where income inequalities have been continuously rising rapidly in the country, the exploited poor at the bottom definitely need a minimum income urgently. The minimum income guarantee scheme of the Congress party is definitely desirable. It gives the poorest a relief from extreme deprivation in the present high unequal society. But this should not mean doing away with ongoing subsidies and schemes like MGNREGA, NFSA (National Food Security Act) and schemes that help the poor access work, education and health. These ongoing schemes ensure employment to all at the bottom, meaning productive use of the labour of the poor and also improves their access to basic needs.

There are two major means for funding this new scheme: (a) The tax/GDP ratio in India is very low and also the contribution of direct taxes in taxation. There is an urgent need to increase the rates of direct taxes like wealth tax, capital gain tax and also income tax. Only one of the taxes, the wealth tax if designed well can generate enough revenue for the new scheme, (b) the government can also reduce the huge funds going to the corporate sector in the forms of subsidies and incentives.

Identification of the poor is always a complex issue in India. However, in the given situation, the government can use the ranking of the households done under the SECC survey. The rankings can be quickly revised by gram sabhas organised under the sarpanch’s chairpersonship and the supervision of the local officials from the village and the concerned block.

As I mentioned above, the minimum income scheme and the schemes for education and health are not mutually exclusive. Both the types of schemes have specific advantages and both should run simultaneously. The poor at the bottom do deserve this.

‘Without political will, no sense in pouring money into fundamental reforms’

Everyone asks about the financial sustainability of the NYAY scheme. Which is not unreasonable, but there doesn’t to be a comparable level of concern about the fact that the country is running a large deficit, year after year, especially taking into account all the special borrowing vehicles. If we want to be a great nation, we not only need defence investment (which no one questions), we also need to get rid of the shame of extreme poverty.

The basic point is that we need to mobilise resources commensurate with our aspirations, mostly by raising our tax collection. NYAY only adds marginally to a problem we have to solve. Soon.

The other question is whether there is a better way to spend the money, in particular on health and education.

My view, as someone who believes that health and education are and ought to be some of our biggest concerns, and as someone who has spent a good part of the last 20 years studying how to improve them, is that till we summon the political will to carry out some fundamental reforms of these sectors, pouring more money into them makes little sense.

Parents and patients are running from public facilities in both education and health. We would be pouring money into empty PHCs and failing schools. This does not mean we should not think seriously about reform – with enough political will behind it, it can be done, as we are beginning to see in Delhi.

Finally, how does the scheme get implemented? The fact that the SECC data is now old means that there will be some need to update it. But the key idea that should help speed up that process is that the rules should be exclusion based – there should be a few things that are really easy to identify (pucca house in a town, car, etc) that have to be the basis of exclusion.

It should be possible to triangulate data sets, SECC plus car ownership records, home ownership records, loan applications etc, using big data tools to improve predictive accuracy. It will be key to err on the side of inclusion even if that gets the targeted group to be a little too large. And to take feedback from the community on wanton exclusions – they should get to suggest edits to the list.

‘Charitable, but not a means of realising a democratic order’

My attitude to the NYAY scheme of the Congress is similar to my attitude to a benevolent monarchy. While a benevolent monarchy is better than a tyrannical one, any monarchy is repugnant compared to a republic. Likewise, compared to the current neo-liberal regime, any scheme of transfers to the poor is welcome. But NYAY amounts to a largesse by the government, an act of charity towards the bottom quintile, not the institution of a universal economic right to decent living. I find targeted transfer schemes like NYAY repugnant compared to a regime of universal rights.

Also read: How Beneficiaries for the NYAY Scheme Can Be Identified Poverty and unemployment in society are caused by the social arrangement under which we live, not by any fault of the poor and the unemployed. It is society’s responsibility to eliminate them; social arrangements must be such that they cease to exist.

Hence, instead of the people having to be “accommodated” within the financial and other constraints imposed by a particular social arrangement (because of which the number of beneficiaries and the amounts of handout have to be kept “suitably” low), the arrangements must be so altered that every member of society is entitled by right to a decent living.

The NYAY by its very conception is a charitable scheme, not the means of realising a democratic order. It seeks to create “neo-liberalism with a human face”, which is why it is, and will always remain, open to being altered, amended, postponed, kept in abeyance or whittled down in scope, depending upon the circumstances.

The fact that so few details are known about it, such as how the beneficiaries are to be identified, how the resources are to be raised, how inter se equity among the poor is to be ensured, is an ominous pointer to its “malleability”.

My worry is for two reasons in particular. One is the “non-malleability” of neoliberalism, its ineluctable spontaneous tendency to create poverty at one pole and wealth at another. “Neo-liberalism with a human face” therefore is a contradiction in terms, which can at best be a transient effort. The second is the insensitivity among large sections of the Indian elite to the plight of the poor.

Even MGNREGA, despite being an economic right created by parliament, has got whittled down. NYAY which does not even create a right has therefore very little chance. Still, like a benevolent monarch, it is welcome.