While the survey projects that India will grow by 7% in the current fiscal, it notes that a sustained real GDP growth rate of 8% is needed to create a $5 trillion economy by 2024-25. 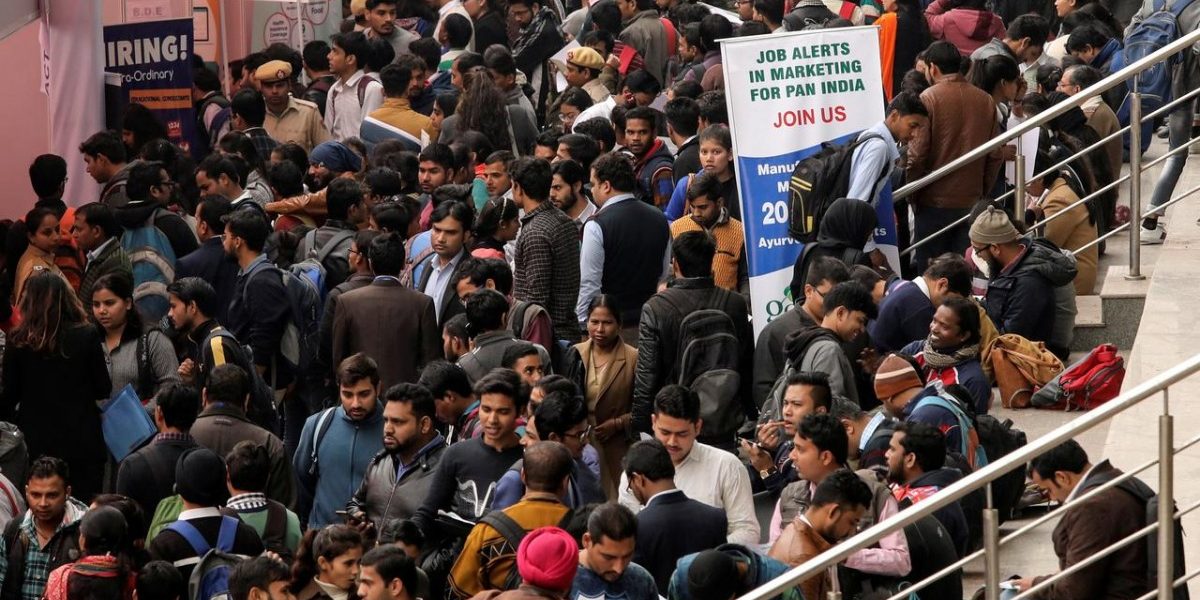 New Delhi: India’s economy will grow at 7% in the current 2019-20 fiscal year, the Economic Survey for 2018-2019 has projected in an assessment that gels with other estimates put out by institutions like the Reserve Bank of India (RBI).

The annual flagship assessment of the Indian economy, which is presented by the finance minister in parliament a day before the Budget, acknowledges the growth challenges that New Delhi has faced in the last five years, but presents a largely optimistic picture of the years ahead.

“Given the macro-economic situation and the structural reforms being undertaken by the government, the economy is projected to grow at 7% in 2019-20. Growth in investment, which had slowed down for many years, has bottomed out and has started to recover since 2017-18,” the survey, authored by chief economic adviser Krishamurthy Subramanian and his team notes.

“Growth of GDP moderated to 6.8% in 2018-19 from 7.2% in 2017-18. However, India was still the fastest growing major economy. This moderation in growth momentum is mainly on account of lower growth in ‘agriculture and allied’, ‘trade, hotel, transport, storage, communication and services related to broadcasting’ and ‘public administration & defence’ sectors,” it adds.

Also read: Budget 2019: Will Welfare Policy Under Modi 2.0 be About Entitlements or Empowerment?

Where will future growth come from? The survey notes while the investment rate, which has been declining from 201-12, finally appears to have bottomed out and will “pick up further in the year 2019-20 on the back of higher credit growth”.

On the consumption front, it points out that rural wages growth, which hit its lowest in 2018, has been on a slight uptick from then.

“Rural wages growth which was declining seems to have bottomed out and has started to increase since mid-2018. Further growth in rural wages should help spur rural demand. Pick up in food prices should help in increasing rural incomes and spending capacity and hence rural consumption demand.”

The Economic Survey also lays out a potential roadmap for Prime Minister Narendra Modi’s aim of turning India into a $5 trillion economy in the next five years.noting that it can only be possible and sustainable by a ‘virtuous cycle’ of “savings, investment and exports catalysed and supported by a favourable demographic phase”.

“To achieve the objective of becoming a $5 trillion economy by 2024-25, as laid down by the Prime Minister, India needs to sustain a real GDP growth rate of 8%… Investment, especially private investment, is the “key driver” that drives demand, creates capacity, increases labour productivity, introduces new technology, allows creative destruction, and generates jobs,” the survey notes.

Also read: For Budget 2019, Niramala Sitharaman has One Arrow and Two Targets

While the private investment front is closely linked to how well bank credit stages a recovery, it is unclear whether India’s export growth prospects are all that sunny.

The survey acknowledges this, pointing out that expecting high export growth in the next year is unlikely.

“Prospects of export growth remain weak for 2019-20 if status quo is maintained. However, reorientation of export policies to target countries/markets based on our own relative comparative advantage and the importing country’s exposure to Indian goods can foster export performance.”