Gender equality in the labour force drives overall growth in ‘good’ jobs, according to an analysis of official jobs data.

New Delhi: While Kerala and Gujarat rank fifth and sixth respectively in the employment-based index, they rank 16th and 18th on the index of ‘good’ jobs, according to JustJobs Index (JJI) – a new data-driven tool to measure the quantity and quality of jobs at the state level. This tool has been developed by the JustJobs Network, with support from the Azim Premji University. 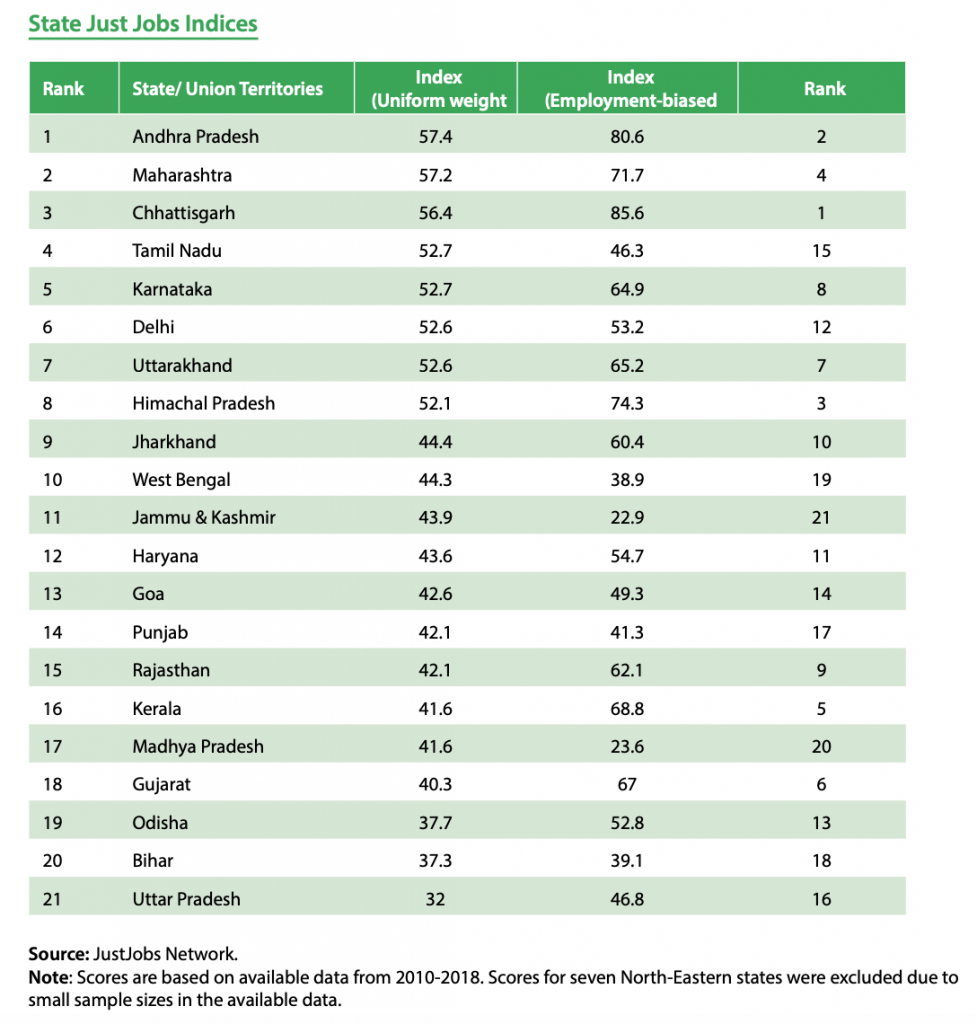 The lack of reliable real time data on jobs in India has been recognised and the tool draws data exclusively from government sources including the National Sample Survey Organisation (NSSO), the Labour Bureau (LBGoI), the Annual Survey of Industries (ASI), the Reserve Bank of India (RBI) and the recent Periodic Labour Force Survey (PLFS) and covers five dimensions – employment, formality, benefits, income equality and gender equality.

Data from the last eight years (2010-2018) from 20 states and one Union Territory (Delhi) has been used for the index, the Northeastern states and other union territories have been excluded because of small sample sizes in available data. 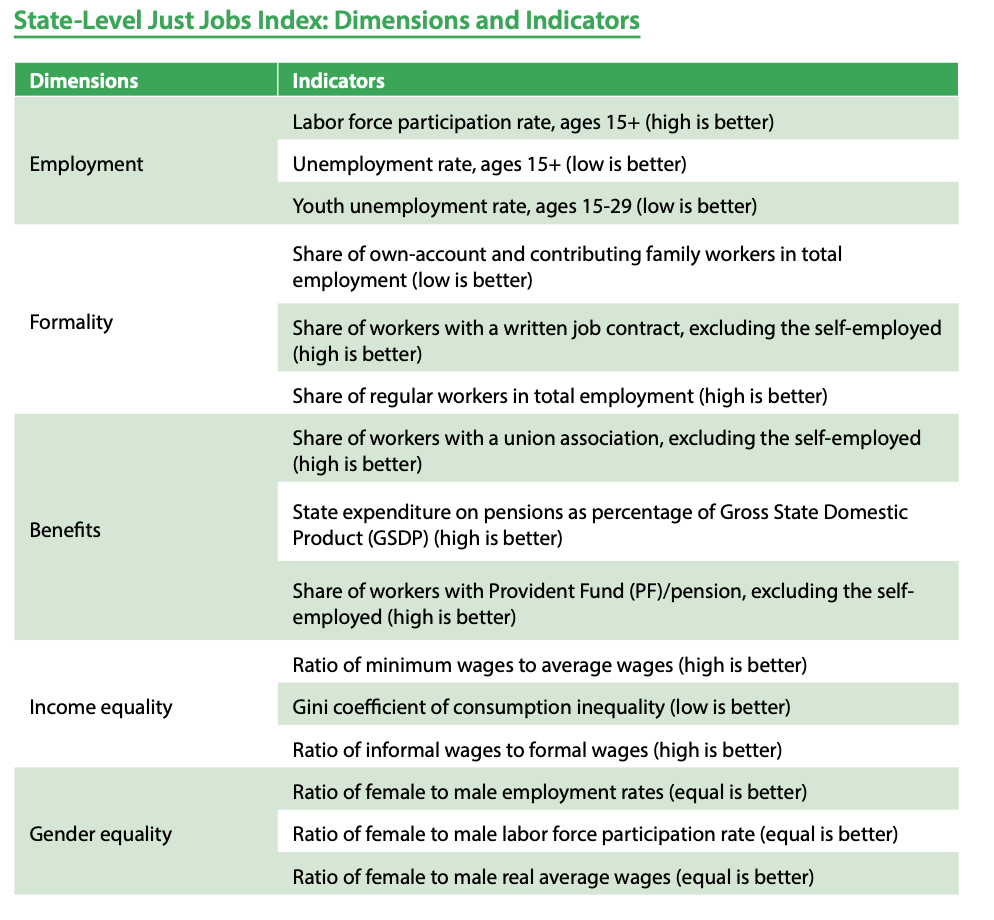 NITI Aayog CEO Amitabh Kant, speaking at the launch event, compared it to the aspirational district rankings and said that publicly available index would help hold state governments accountable and push them to improve overall quality of jobs. He wanted the index to be widely publicised.

With better time series data and more waves of the PLFS, the index is supposed to be more robust and help people not just compare performance with other states but also track the improvements in one state over time.

The stated objectives of the index are to “serve as a regular and reliable source of information” on the health of the labour market, underscore differences across state to identify characteristics that account for the difference and serve as a tool to support policymaking and creation of decent jobs. Instead of “imperfect measures” that only measure competitiveness i.e. Ease of Doing Business and GDP, this index hopes to be a useful tool to analyse performance on the economic indicator “that matters most to ordinary people: jobs.”

“The thrust of this report is to start a conversation on the quality of jobs,” Partha Mukhopadhyay from the Centre for Policy Research (CPR) said at the event.

Sabina Dewan, president and executive director of JustJobs Network, says the index aims to draw attention to the quality of jobs rather than the misleading dichotomy of employment and unemployment.

The index has been made live to the public and one can play around with the data to get subjective analysis on any of the five dimensions.