Trump or No Trump, Battle for Special and Differential Treatment at WTO Isn't Going Away

A sector-specific approach for SDT provisions is needed, especially for countries like India. 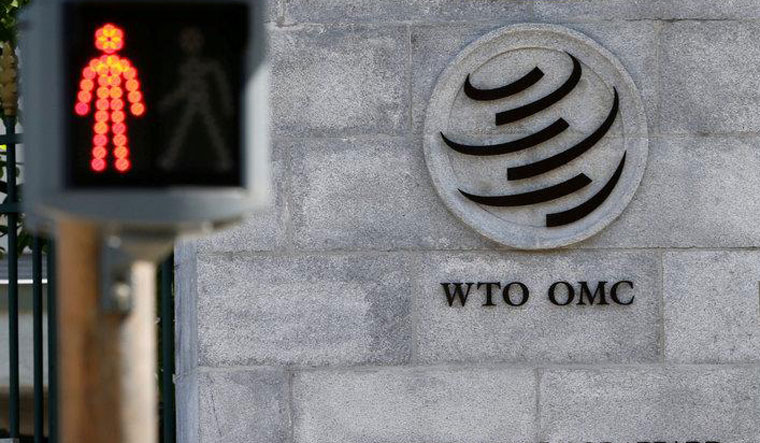 On December 14, 2020, members of the World Trade Organisation (WTO) were not able to complete negotiations over an agreement on fisheries subsidies.

The draft text provides for ‘special and differential treatment’ (SDT) provisions for developing countries and least developed countries. During the meeting that was held on December 2, 2020, India had proposed exempting certain developing countries from subsidy bans which met certain volume and gross national income (GNI) thresholds.

In particular, the Indian government had submitted a proposal wherein exemption should not be granted from subsidy cuts to “those developing countries whose GNI per capita is above $5,000 for three consecutive years, have above 2% share in global marine capture, and the share of agriculture, forestry and fishing sectors is less than 10% of its GDP”.

While a seemingly mundane issue, the broader issue of SDT is an immensely politicised debate where different nations have taken divergent views. At the Eleventh Conference of the WTO, the US trade representative questioned India’s status as a beneficiary of the SDT. It was argued that the WTO reconsider granting SDT to larger developing economies such as India and Brazil. As a counter, the Indian commerce minister averred that though India has a high GDP, the persistent problem of widespread poverty cannot be ignored.

While there are many prisms through which this issue can be looked at, the current operational definition used by WTO is problematic. There is little doubt that there are many  factors that ought to be considered while classifying a country as “developing”. Finally, India is certainly eligible to be a SDT recipient, particularly in some specific sectors.

The problem of defining ‘developing’ countries

SDT is an indispensable component of the framework of the World Trade Organisation. It refers to the special provisions that are based on the concept of non-reciprocal preferential treatment. The underlying objective is to help developing countries catch up with the developed countries. Such measures were laid down in the GATT post-Tokyo Rounds through the enactment of the “Enabling Clause” which grants preferential market access to developing countries. It also reduces the burden of reciprocity from developing states in negotiation rounds. They include provisions such as longer periods of implantation of agreements; measures to increase trading opportunities; and mandating all WTO members to protect the interests of developing states. This mechanism is justified on the grounds of differential economic capabilities of members of WTO. Theoretically, the principle underlying SDT is not problematic but its implementation has been flawed on the ground of criteria and the definition of ‘developing’.

Interestingly, the WTO proclaims that a large part of its membership consists of developing countries but does not lay down a definition of developing countries. The members are given the discretion to decide whether they are “developing” or “developed”. It is also left to the other members of the WTO to contest such a declaration of any country. However, WTO has defined the Least Developed Countries (“LDC”) based on UN criteria.

The absence of such a definition has received increased attention recently. The Trump administration  had demanded a definition from the WTO that does not allow countries like India, Brazil and China avail the benefits of this status. Giving the same flexibilities to these countries and Sub-Saharan Africa and South Asian non-LDCs even though the latter have a significant global impact, creates an absurd situation.

There is a plethora of literature that suggests different ways of formulating a definition of “developing countries”. The currently followed method of self-designation is one among them. It refers to a system wherein members are allowed to decide whether they are “developed” or “developing”. This declaration can be challenged by other members. The decision of benefitting from the preferential treatment given to developing states lies completely upon the individual members.

The inefficiency and inconsistencies that crop up while following the self-designation method become evident through the disputes that have taken place regarding the status of “developing country”. Self-designation also has some limitations. In a recent Ministerial Conference of WTO, US criticised countries such as India and Brazil for by-passing rules under the garb of self-designated development status.

The US Trade Representative argued that the meaning of “developing country” needs urgent revision since 5 out of 6 of the richest countries in the world is claiming developing status. As a rebuttal, Indian delegation argued that India has significantly benefited from the long period of derogation from GATT rules in areas of agriculture and textiles. The development discourse has largely been dictated by aggregate GDP figures while ignoring the fact that a majority of the Indian population is poor.

If the scope of the term “developing country” was demarcated, making a list of all such countries would not pose any difficulties. But as there is no operative definition, a listing can be a method to identify such states. For instance, there is a list of LDCs which is reviewed triennially by a committee constituted by the United Nations Economic and Social Council. The criteria followed by the committee includes human assets, low income, population and economic vulnerability. Similarly, there could be another committee set up for deciding the list of developing countries. Although it is desirable to have fixed criteria to categorise countries as “developing”, there are certain caveats that the WTO should be mindful of while using objective standards to determine these criteria.

The most common objective criteria that are promoted to be used as one that defines developing countries is national income. It has been used as a yardstick of development by the World Bank. Recently, the US administration questioned the concessions availed by emerging economies India and Brazil based on GDP growth.

Also read: Are the New Agriculture Ordinances an Extension of the WTO’s Agenda?

Not only is this criterion inaccurate, but it is problematic and misleading as well. For instance, in the Indian context, macroeconomic estimations of IMF and World Bank a few years ago unequivocally suggested that India was experiencing growth at a breakneck pace, unlike any other country in the world. These projections were made based on India’s GDP which was at 7% for two years. GDP as a metric to judge development is flawed because it ignores the well-being of people in the country. India ranks 94h out of 107 countries on the Global Hunger Index 2020. Countries with lower GDPs have fared better than India in this aspect. China and other South-east Asian countries have also performed better than India on social indices such as health, education and poverty. These indices prove that GDP is not alone sufficient to measure a country’s economic development, and thus inadequate to determine a country’s status as a “developing country” under WTO. The Social Progress Index of 2020 has ranked India at the 117th place out of 163 countries. The study was done by relying on indicators such as “Basic Human Needs”, “Foundation of Well Being” and “Opportunity”. Even countries smaller in size have performed better than India on these rankings. Therefore, indices like the Human Development Index and Social Progress Index should be given due attention while deciding upon a country’s “developing” status.

The commonly held notion that high GDP of a country translates into the overall development and market competitiveness is erroneous. India is one of the most prominent examples that can be used to prove this theory wrong. Development in India is still an incomplete project. It should create employment opportunities in the formal sector. But India has performed poorly by this standard as well. The manufacturing sector contributes less than 20% of the output and employment. More than half of the working population is engaged in low-productivity agriculture and 95 per cent is involved in the informal sector.

Therefore, one should be sceptical of the “growth” of a country reflected by its GDP. Although GDP is one of the most convenient and objective yardsticks to compare countries in terms of their development, it portrays an incomplete picture of the reality, especially while considering a country’s eligibility for preferential treatment. The next section of this paper argues that India’s claim for SDT provisions should be sector-specific.

In the Agreement on Subsidies and Countervailing Measures, India is one among the 20 countries that are entitled to SDT. However, India met the threshold requirements to graduate from this category in 2010 and the eight-year phase-out period post attaining export competitiveness is also coming to an end. Even India has conceded that it has to phase-out, the dispute now is on when the phase-out period began. In 2010, the estimates of WTO secretariat showed that India’s textile export share had reached 3.25% of the world trade and maintained it for two consecutive years. As per Article 27 of the Agreement on Subsidies and Countervailing Measures, once the country crosses this limit and stays above it for two consecutive years, it would have to phase-out the subsidies within eight years.

While India has been performing well in the textiles sector, it is imperative to scrutinise sectors such as agriculture, non-agricultural products and intellectual property among others to gauge the need to extend preferential treatment in those sectors. There is a pressing concern that needs to be addressed at the world fora; there has been a trend of developing countries moving away from being net exporters of agricultural goods to becoming importers of the same. This trend is visible even in India’s balance of trade as well. The exports have declined from $43 billion to $33 billion and imports have increased from $15 billion to $25 billion from 2013 to 2017 respectively. These statistics make a case for India as deserving of SDT to gain market competitiveness.

India is one of the leading producers of textiles with a share of 5.8% in the world trade, making it the third-largest exporter. This is in sharp contrast to India’s competitiveness in the agricultural sector. Preferential treatment should be focussed in sectors in which India is not performing well. For instance, the fisheries market, where the subsidy is given to protect the livelihood of the poor fishers. The objective of limiting subsidies for fishing could be to make it more sustainable, however, the need for subsidy arises for countries like India due to the dependence of “small and marginal fishermen who depend on the sector for sustenance”.

It is suggested that the WTO indulge in a sector-specific study of an economy instead of using a “one size fits all” approach to determine the need for providing the benefit of SDT provisions and to evolve a definition which is inclusive and practical to realise the objective of such SDT provisions.

Vasavi Khatri and Ankur Singhal are with the National Law School of India University, Bangalore, India.