The new series GDP data has been mostly replaced with corporate financial data for estimating manufacturing value-added, resulting in manufacturing assuming a higher share in India’s GDP and growing at a faster rate compared to the older series. 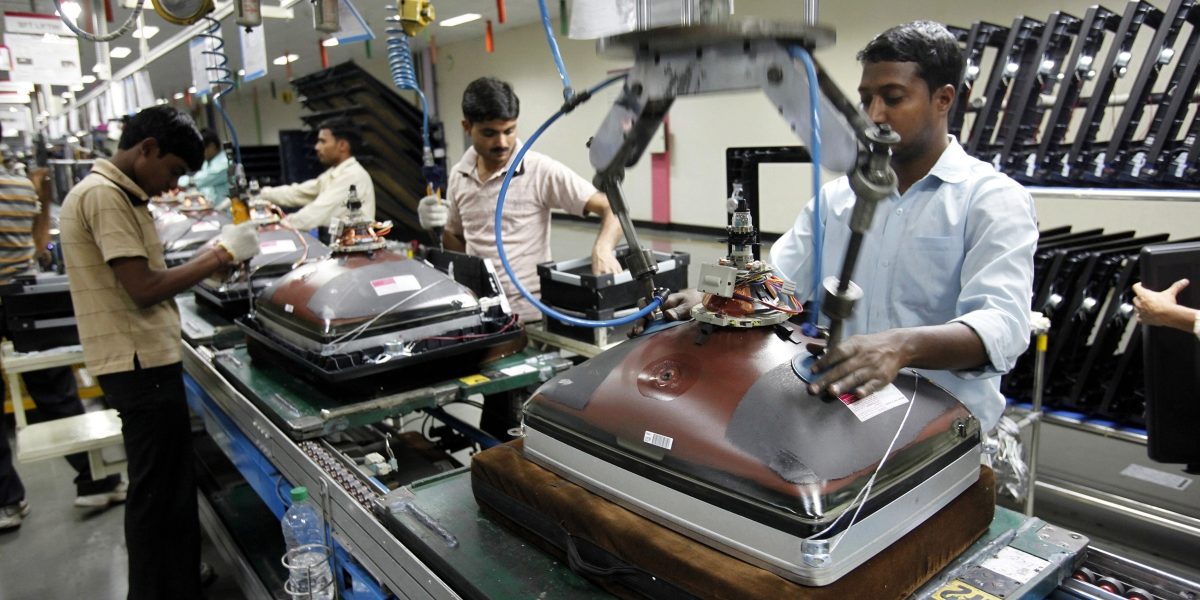 The economic downturn in September led by the service sector with trade, hotel, and transport segments witnessing the sharpest fall pushed the country into a technical recession.  Credit: Reuters

New Delhi: Does the new method by which India calculates GDP (gross domestic product) data overestimate manufacturing output? This apprehension has been flagged by a key member of the Reserve Bank of India’s monetary policy committee (MPC) in a recent article in the Economic and Political Weekly.

Last week, data released by the Central Statistics Office showed that the GDP grew by an impressive 8.2% in the first quarter, sharply up from 5.6% a year ago. This was higher than 7.4-7.6% growth rate forecast by economists.

In particular, the data showed that India’s manufacturing sector grew by a healthy and surprising 13.5%.

The EPW article says that the new series GDP data has been mostly replaced with corporate financial data for estimating manufacturing value-added. This decision has resulted in manufacturing assuming a higher share in India’s GDP and growing at a faster rate compared to the older series, the article argues.

The piece has been authored by Ravindra Dholakia, a member of the MPC, along with R. Nagaraj – who teaches at the Indira Gandhi Institute of Development Research – and Manish Pandya, who works for the Gujarat government’s directorate of economics and statistics.

Citing the robust GDP numbers, finance minister Arun Jaitley said the Indian economy is doing well at a time when the global economy is facing turmoil due to trade spat. He attributed this to the Modi government’s reforms and fiscal prudence.

“Does the new series represent a fuller description of the manufacturing value added, or is it an overestimation?” the authors wrote.

Higher manufacturing growth rate gives “rise to serious doubts about the veracity of new estimates” and is at “variance with other macroeconomic correlates,” the article said.

Significantly, the RBI has projected GDP growth for the full fiscal at 7.4%. It has also warned that high oil prices pose risks to the economic growth.

The RBI has increased policy rates twice since June to curb inflationary pressures. However, Dholakia was the only MPC member who opposed a rate hike in the last meeting.

The CSO, in 2015, replaced the GDP series with the base year 2004-05 with a new series that used 2011-12 as a baseline. The new series has followed the guidelines of the United Nations’ System of National Accounts (UNSNA) 2008, replacing the earlier template of UNSNA 1994.

As always, the revision introduced some newer methodologies and updated many databases. However, dramatic and unexpected changes in the levels and growth rates of the GDP (and its principal sectors) have come under public scrutiny in recent years. Doubts have been raised over the veracity of the new GDP estimates.

“Specifically, the manufacturing sector estimates in the new series are in the eye of the storm, since its share in GDP at current prices is larger by about two percentage points (compared to the old series), and its annual growth rates are significantly higher – with a change even in the direction of growth in some cases”, the article says.

“Such wide variations in the growth rates for the same years reported by the two series of the same publication, expectedly, drew widespread criticisms, especially since the new estimates were quite at variance with other macro correlates,” the EPW article has noted.

The CSO had contended that the new series better captures value addition in manufacturing than before. The changeover to the corporate sector database – obtained from the Ministry of Corporate Affairs (MCA) – is said to “include activities that were hitherto left out by the Annual Survey of Industries (ASI), on account of the limitation of its approach to data collection”.

Various examples that the authors of the EPW article go through, however, appear to contradict this official claim to a large extent.

“…The very basis of the change in the approach to data collection for estimating manufacturing GDP seems questionable. Hence, the higher share and faster growth rate of the manufacturing sector reported in the new GDP series seems to have little justification based on mere coverage of ASI,” it notes.

The article also argues that there may be other reasons for expecting the size of the sector and its growth rates to be higher, but the arguments put forth against the ASI as under-reporting value added in manufacturing “do not seem to be convincing”.