The Strange Effects of Demonetisation in the Northeast

From promissory notes to Bhutanese currency to no newspapers, the government's announcement had some curious impacts in the northeast. 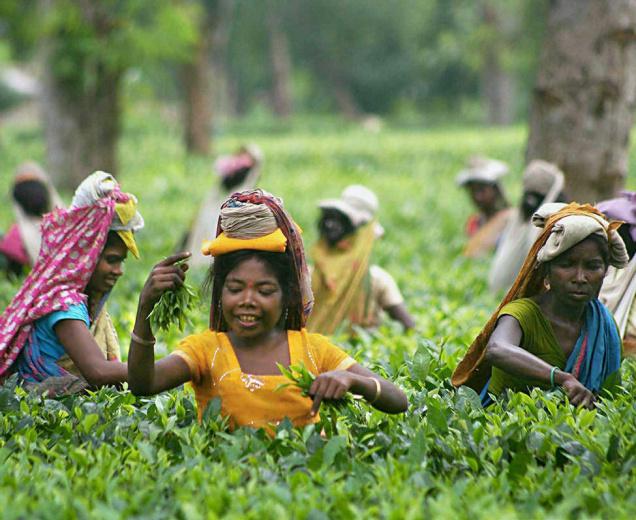 New Delhi: Since Prime Minister Narendra Modi announced the demonetisation of Rs 500 and Rs 1000 notes on the evening of November 8, the northeast has seen an impact similar to the rest of the country. There have been long queues in front of banks, ATM machines running dry of Rs 100 notes and busloads of people arriving in towns from villages to queue up for cash without success. Many have questioned the government for “not having a plan” on how to go about executing the unusual decision without inconveniencing common people.

Other than these nation-wide impacts, there have also been some occurrences triggered by the Centre’s move that are specific to the region. The Wire brings you a summary of those impacts.

Unlike in other states, the BJP government in Assam took a step, reportedly through “the direct intervention of the prime minister’s office”, to help tea garden owners to immediately access cash worth lakhs of rupees through the local deputy commissioners’ offices, in order to pay their labourers their weekly dues.

About ten lakh tea garden labourers working in over 900 tea gardens of the state survive on payments made in cash every weekend. According to Tea Board of India sources in Guwahati, even a medium-range garden needs liquidity of about Rs 20 lakh for this purpose every Friday or Saturday. According to informal data, the industry needs about Rs 90 crore every week to pay wages.

Local news reports said the prime minister’s announcement came as a bolt from the blue to the garden owners who, through various associations, shot off letters to the Reserve Bank of India and the state government pointing out “a possible unrest” among the labourers due to the non-disbursement of wages. In the past, there have been several incidents of violence by labourers when wages were not paid on time.

Aware of such incidents, chief minister Sarbananda Sonowal stepped in on November 10 to direct deputy commissioners in every district to ask tea garden owners how much cash they required. On November 12, state finance minister Himanta Biswa Sarma told newspersons that the PMO made “special arrangements” for the tea garden management.

As per the arrangement, the management needed to hand over the cheque of the required amount for weekly payments to the commissioners, who would then withdraw the amount from the bank on behalf of the owners.

In the last assembly polls, the BJP mobilised the votes of the tea garden community (mostly labourers attached to different gardens) in order to wrest Assam from the Congress. The community has long been considered the traditional vote base for the Congress, particularly in upper Assam. On November 19, the state will see by-elections in two constituencies. The parliamentary constituency of Lakhimpur, vacated by Sonowal, is particularly crucial in terms of votes from the tea garden community. As per state BJP sources, “The party is also looking with caution on whether the demonitisation decision would have any effect on its prospects in the by-election to the Baithalangso (Scheduled Tribe) assembly seat in Karbi Anglong district.” The election was necessitated in the constituency after sitting MLA Mansing Rongpi left Congress to join the BJP. Rongpi is contesting from the constituency as a BJP candidate.

On November 17, participating in the demonitisation debate in Rajya Sabha, CPI(M) general secretary Sitaram Yechury said, “In Assam, there is a by-election day after tomorrow. So for Assam tea gardens, the central government is giving an exemption. But not to Bengal, why? This should be investigated. In Maharashtra, they have said you can use old notes to buy cinema tickets. You can’t buy food but cinema tickets? How are these exemptions being decided?”

Manipur: No newspapers from Friday as owners refuse to accept high denomination notes from hawkers and distributors

In yet another unusual development, newspaper offices have been shut from November 17 onwards in Manipur, leaving the public with no papers to wake up to this Friday. The All Manipur Newspaper Sales and Distribution Association, Newspaper Publishers’ Association and the Editors’ Guild, in a meeting, took the decision to stop the publication of newspapers in the state, since demonitisation had dried up the availability of lower-denomination notes with the hawkers and distributors. Since they are no longer legal tender, newspaper owners are no longer accepting Rs 500 and Rs 1000 notes from the distributors.

Local news reports quoting distributors said, “What has affected their business is also non-availability of the news notes in the banks and the ATMs across the state.” A joint statement issued on November 17 by the associations said, “We apologise for the public inconvenience in this regard.”

The publishers’ association, speaking to media persons in Imphal after the meeting, urged the central government to include media organisations in the list of those exempted from the move for now, who are allowed to transact in the old notes till November 24. Over 12 newspapers are published in Manipur, in both English and vernacular languages.

On Friday, a large number of local reporters attached to various journalists’ associations joined the publishers, hawkers and distributors in a day-long protest held in Imphal. A local journalist told The Wire, “It reminded us of 2013 when newspapers didn’t hit the stands for some days.” Distributors refused to pick up newspapers from the publishers then due to a threat from “some unwanted elements”, leading the government and the publishers to urge them not to do so.

Besides newspapers and the severe cash crunch, the people of the state, since November 1, have also been reeling under severe shortage of fuel and other necessities of daily use due to an economic blockade called by the United Naga Council (UNC). Many trucks carrying essential commodities are stuck on the highway.

As per local reports, fuel prices have risen to Rs 500 per litre and cooking gas is now at Rs 3,000 per cylinder.

The organisation has been opposing the state government’s decision to make Sadar Hills and Jiribam into full-fledged districts, which will re-demarcate the Naga inhabited districts of the state. On November 14, the representatives of UNC met home ministry officials in New Delhi, urging the Centre to intervene. The meeting failed to break the blockade.

In a state which flaunts the culture of Nghahloh Dawr (unmanned street shops), a novel idea has come out of the demonitisation move.

In Mizoram’s Khawbung village bordering Myanmar, a shopkeeper came up with the idea of handing over ‘I owe you’ chits quoting the amount with a person’s signature, to be used for financial transactions to tide over the sudden cash crunch among the villagers.

P.C. Lalmachhuana, who owns a hardware shop in the village market, shared his idea of using paper as promissory notes with other shopkeepers and vegetable sellers, who liked it and gave this option to customers without liquid cash. As per an Aizawl-based reporter, “Being a closed community where everyone knows everyone, the idea is really helping both the villagers and the shopkeepers there. Because of it, there was the usual business on the weekly market day on November 12.”

Meanwhile, currency supply continues to be scarce in the capital city of Aizawl, with no ATMs giving out money and banks running out of cash too often.

Assam: Bhutanese currency coming to the rescue of border residents

To overcome the continuing cash crunch, villagers along the Indo-Bhutan border in Assam have resorted to using Bhutanese currency. As per local media reports, the value of these currency notes has risen by over 20% in the last few days, to match that of Indian rupees.

Local residents of Dadguri, Hatisor and other villages in the state’s Kokrajhar district said these currencies became “the natural choice” of financial exchange for them “as they are easily available due to the open border”. These areas neither have any banks nor ATM machines.

“The nearest bank is 50 km away. Once a week, a van from the State Bank of India comes with money, which has not come this week,” a local person was heard telling an Assamese news channel.

According to reports, a Bhutanese note of Rs 500 usually fetches Rs 400 in Indian money in these areas. However, due to the demonetisation move, the trend has reversed, leading people “to lose Rs 100 Indian rupee exchanged for Rs 500 Bhutanese money.”