The cut was "due to the temporary negative consumption shock induced by cash shortages and payment disruptions associated with the recent currency note withdrawal and exchange initiative". 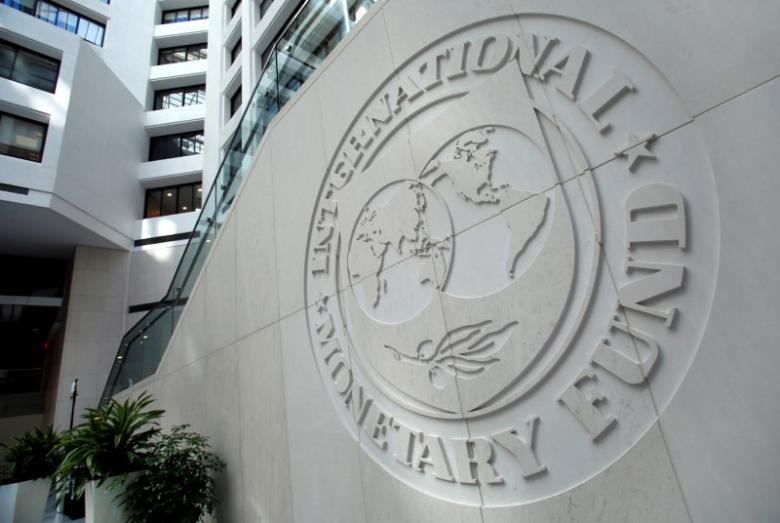 The International Monetary Fund logo is seen inside its headquarters at the end of the IMF/World Bank annual meetings in Washington, US, October 9, 2016. Credit: Reuters/Yuri Gripas

New Delhi: The IMF on Monday cut India’s growth rate for the current fiscal year to 6.6% from its previous estimate of 7.6% due to the “temporary negative consumption shock” of demonetisation, days after the World Bank also decelerated India’s growth estimates.

“In India, the growth forecast for the current (2016-17) and next fiscal year were trimmed by one percentage point and 0.4 percentage point, respectively, primarily due to the temporary negative consumption shock induced by cash shortages and payment disruptions associated with the recent currency note withdrawal and exchange initiative,” the IMF said in its latest World Economic Outlook (WEO) update released today.

The IMF said that after a lacklustre outturn in 2016, economic activity is projected to pick up pace in 2017 and 2018, especially in emerging market and developing economies.

Economic activity in both advanced economies and emerging market and developing economies (EMDEs) is forecast to accelerate in 2017-18, with global growth projected to be 3.4% and 3.6%, respectively, again unchanged from the October forecasts, it said.

The Indian economy is likely to revive to go back to its previously estimated growth rate of 7.7% in 2018, according to the WEO update.

The cut in India’s growth rates comes days after the World Bank decelerated India’s GDP growth for 2016-17 fiscal to 7% from its previous estimate of 7.6% citing the impact of demonetisation. But forecast issued on January 11 said that India would regain momentum in the following years with a growth of 7.6% and 7.8% due to a reform initiatives.

In China, the IMF said, continued reliance on policy stimulus measures, with rapid expansion of credit and slow progress in addressing corporate debt, especially in hardening the budget constraints of state-owned enterprises, raises the risk of a sharper slowdown or a disruptive adjustment.

These risks can be exacerbated by capital outflow pressures, especially in a more unsettled external environment, the IMF said.

IMF said global activity could accelerate more strongly if policy stimulus turns out to be larger than currently projected in the US or China.

Notable negative risks to activity include a possible shift toward inward-looking policy platforms and protectionism, a sharper than expected tightening in global financial conditions that could interact with balance sheet weaknesses in parts of the euro area and in some emerging market economies, increased geopolitical tensions and a more severe slowdown in China, it said.

“Our China growth upgrade for 2017 is a key factor underpinning the coming year’s expected faster global recovery. This change reflects an expectation of continuing policy support; but a sharp or disruptive slowdown in the future remains a risk given continuing rapid credit expansion, impaired corporate debts, and persistent government support for inefficient state-owned firms,” he said.

In light of the US economy’s momentum coming into 2017 and the likely shift in policy mix, IMF has moderately raised its two-year projections for US growth.

“At this early stage, however, the specifics of future fiscal legislation remain unclear, as do the degree of net increase in government spending and the resulting impacts on aggregate demand, potential output, the federal deficit and the dollar,” Obstfeld said.

Projections of how badly demonetisation will hurt India’s economy are becoming more clear. The Centre for Monitoring Indian Economy (CMIE), a think-tank widely known for its robust data collection and analysis, has scaled its 2016-17 growth projection down 164 basis points, as compared to the IMF’s 100 basis points.

More crucially, the head of CMIE, Mahesh Vyas, believes that “on average, growth during the coming five years up to 2020-21” will be scaled down by 187 basis points compared to the centre’s earlier forecast for the same period.

Before the Modi government’s demonetisation move, CMIE had expected that India’s economy would accelerate its real GDP growth rate from 7.5% to over 8% per annum. “We now expect this growth trajectory to shift down to about 6% per annum for the next five years. The economy is unlikely to achieve a growth of 7 per cent any time during the coming five years,” Vyas writes.

What is CMIE basing this on? Their assumption rests on a “vicious cycle of low demand for labour and low consumption expenditure.” This cycle is unlikely to be shattered soon, and indeed will only persist once three conditions are fulfilled.

CMIE’s analysis also points out that the new Rs 2,000 notes fail to provide the necessary liquidity required and that rumours that the notes may be demonetised in six-to-eight months still largely persist.

“The government or RBI have not taken steps to scotch rumours of demonetisation of the two thousand rupee currency notes. As a result, the effective liquidity in the markets is much lower than is measured by the issuance of new currency notes,” Vyas writes. damage only partially.