Decoding India's Economic Playbook in the Times of COVID-19 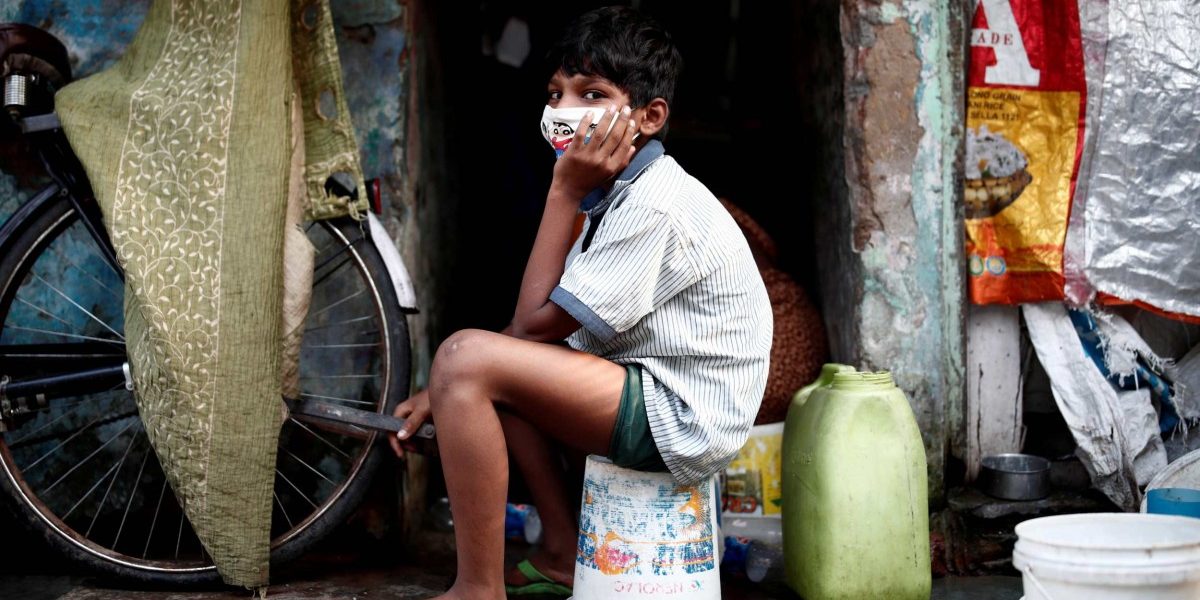 A boy wearing a protective face mask sits on a bucket outside a house in a slum area, during an extended nationwide lockdown to slow the spreading of the coronavirus disease (COVID-19), in New Delhi, India, June 24, 2020. Photo: Reuters/Adnan Abidi/File Photo

In the talk, Basu highlights two major points. Firstly, the Indian economy began slowing after 2011-12, with both savings and investments declining. After 2016, it began falling more sharply. While there were structural reasons for this slowdown, among the reasons was also a “trust deficit” for people not saving or investing: a lack of trust in the country’s institutions thwarts economic activities. In short, part of the reason investment and growth cannot happen is the weakening social fabric.

Secondly, efforts to increasingly close the economy in the name of “Make in India” will only hurt the economy further. Examples of Argentina closing down in the 1930s and of North Korea more recently were typical examples quoted.

Our objective is to analyse Basu’s proposed approaches. He suggested that India should specialise in areas where strengths were acquired earlier and which heralded the economy to high growth during the 1990s and the early 2000s – software, pharma, health, other services and so on, and keep the economy open. Also, further strengthen education, and put resources into health services and health research. Finally, bring the “soft power” back: embrace all communities and religions, and be tolerant.

Basu’s views could be questioned on at least four pivots.

First, growth over 2004-2008/10 happened in conjunction with fast global growth. Part of the growth was pinned on exporting raw materials (e.g. iron ore to China). When the growth tapered off, the reasons widely believed are global financial crisis, the widespread corruption (locally), and undermining of the local institutions, especially weakening of the prime minister’s office. The scam related to the Reddy brothers of illegally exporting iron-ore is well-known, and is one of many. Why no mention of these issues while lauding growth during this period?

Second, since 2004, whether owing to tax structures on imports of intermediaries, poor management of an open economy or a combination of these and more, Indian industry had begun to increasingly depend on foreign (read: Chinese) inputs for their final products. Thus, armatures of electric motors/fans, transmission shafts or alternators, or even plastic products were imported from China. The electronics hardware industry virtually vanished. Was an industrialisation policy not important to mention?

Third, the much “famed” software industry earns money through low-end coding for foreign companies and through “body-shopping” – now increasingly being threatened. No Indian company has a final product or brand name. The pharma industry too depends to an extent of almost 70% on Chinese APIs. No concern about lack of vertical integration?

Finally, 8.5 million Indian workers are engaged in the Gulf countries in low-end jobs, and at the high-end, almost all from medical and engineering institutes rush abroad. In addition, there is 18+% youth unemployment (not counting the COVID-19 effect). Evidently, there are no jobs here as manufacturing, and manufacturing jobs fell in absolute terms between 2012 and 2018. In fact, even in periods of high growth, “dead-end” jobs were created in large numbers in construction, delivery, and similar work, where people retired by the age 45 years. This has worsened the income distribution: the deteriorating Palma ratio is evidence. No word on this?

India began industrialisation in the 1950s, and after six decades ended up being a (largely) low-end services economy with high prevalence of poverty, illiteracy and deprivation. China meanwhile has steamrolled India in all dimensions. Basu’s mention of China is limited to them being more cost-efficient, though at times being unfair in pricing, and the latter could be overcome through tariffs. While proposing opening up of the economy, what he is missing out is the ensuing political/bargaining inequality emerging out of a sustained one-way dependence on a single trading partner.

India’s dependence upon China was recently underlined by China’s ambassador to India, who pointed out that, “92 per cent of Indian computers, 82 per cent of TVs, 80 per cent of optical fibres, and 85 per cent of motorcycle components are imported from China.”

How did India’s economy come to this extreme dependence on China? Has India prepared itself to become a manufacturing nation? For instance, only recently, Japan’s PM Shinzo Abe ordered that Japanese companies reduce their own dependence on China. Of the 87 Japanese companies that are now relocating from China, 57 are relocating to Japan, while the remaining 20 are going to South-East Asia (Malaysia, Vietnam and Laos). None is coming to India.

Worse, several Japan’s biggest companies doing great business in India are now pressuring us not to raise import tariffs on intermediate products they source from China. These include Suzuki, Sony, Panasonic, and Honda. How did we get to this point?

Experiences from the colonial era show that the British came in as merchants and became masters; the reason is evidently, their technological superiority (David Landes: Wealth and Poverty of Nations). The present dynamic suggests that the Chinese vision is to enforce aggressive economics: quote unrealistic prices to obliterate industries in unsuspecting companies/countries, manipulate currency, deploy prison labour to cut costs, follow few labour standards, artificially cheapen factor costs (esp. land), steal IPRs, and repeatedly use military power to browbeat one and all. Basu overlooks the fact that the clash in Ladakh and also the on-going tension since 1962 are not a coincidence: it forms a larger agenda of Asian dominance in the genre of a “Middle Kingdom”: kill Indian economic prowess, grab their land, subjugate them and break their spirit.

The problem is thus not of economic growth or trade, but existential. India needs a strong and explicit industrial policy, which we have not had since 1991.

Open economies can only work if the partners are on equal terms and have similar intents.

Sarthi Acharya is former Director of the Institute of Development Studies, Jaipur and Santosh Mehrotra is a professor of economics, Centre for Labour, Jawaharlal Nehru University.