Why Does it Take So Long to Resolve Debt Recovery Cases in India?

Cases are delayed as courts have not been using statutory remedies available to them – an issue that has been noted by the Supreme Court and ex-RBI governor Raghuram Rajan. 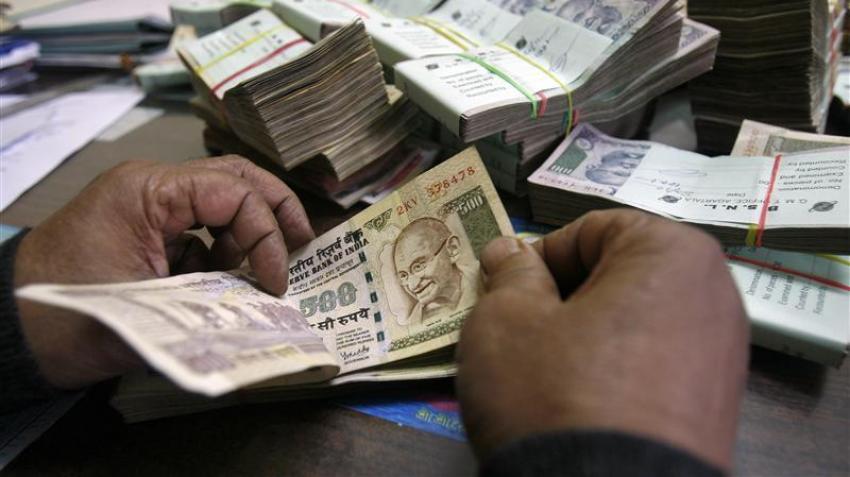 Cases are delayed as courts have not been using statutory remedies available to them – an issue that has been noted by the Supreme Court and ex-RBI governor Raghuram Rajan. The Supreme Court last week, in the course of hearing the matter of surmounting non-performing assets (NPAs), asked “why such defaults happen and what should be done to provide an edge to the debt recovery mechanism” and wondered if the debt recovery tribunals and appellate tribunals were “stuck somewhere for some reason”. The answers to these questions, though, probably lie in the court’s own pronouncements.

In the Satyawati Tondon case, after taking note of the judgment in Thansingh Nathmal Vs. The Superintendent of Taxes Dhubri and Others, the Supreme Court had observed: “It is a matter of serious concern that despite repeated pronouncement of this Court, the High Courts continue to ignore the availability of statutory remedies under the DRT Act and the SARFAESI Act and exercise jurisdiction under Article 226 for passing orders which have serious adverse impact on the right of banks and other financial institutions to recover their dues. We hope and trust that in future the High Courts will exercise their discretion in such matters with greater caution, care and circumspection.”

This issue was also flagged by former Reserve Bank of India governor Raghuram Rajan in 2014, the year in which a World Bank report on judicial resolution in insolvency cases stated that the average time to resolve an insolvency case in India is four years, markedly higher than 0.8 years in Singapore and one year in London.

Delivering the third Dr Verghese Kurien Memorial Lecture in Anand on Novermber 25, 2014, Rajan delved deep into the issue. Similar to how the bench headed by Chief Justice T.S. Thakur had raised probing questions about how and why NPAs were rising while hearing the petition from the Centre for Public Interest Litigation, which alleged that they had mounted due to the politically influenced advancement of loans to undeserving and ineligible persons, Rajan also flagged the issue when he observed that “the sanctity of the debt contract has been continuously eroded in India in recent years, not by small borrower but by the large borrower”.

Rajan, who is now serving as the vice-chairman of the Bank for International Settlements, observed that “too many large borrowers see the lender, typically a bank, as holding not a senior debt claim that overrides all other claims when the borrower gets into trouble, but a claim junior to his equity claim.”

In India, he had lamented there was “uneven sharing of risk and returns in enterprise, against all contractual norms established the world over” and as a consequence here “promoters have a class of “super” equity which retains all the upside in good times and very little of the downside in bad times, while creditors, typically public sector banks, hold “junior” debt and get none of the fat returns in good times while absorbing much of the losses in bad times.”

This, Rajan said, was because “the system protects the large borrower and his divine right to stay in control” and not for the want of laws.

Giving a detailed account of how the rot was allowed to set in, the former RBI governor said, “the Debts Recovery Tribunals (DRTs) were set up under the Recovery of Debts Due to Banks and Financial Institutions (RDDBFI) Act, 1993 to help banks and financial institutions recover their dues speedily without being subject to the lengthy procedures of usual civil courts. The Securitization and Reconstruction of Financial Assets and Enforcement of Security Interests (SARFAESI) Act, 2002 went a step further by enabling banks and some financial institutions to enforce their security interest and recover dues even without approaching the DRTs.” Yet, he said, the amount banks recovered from defaulted debt remained both meagre and long delayed.

Going on to why this was happening, Rajan noted that “though the law indicates that cases before the DRT should be disposed off in six months”, only about a fourth of the cases pending at the beginning of the year were disposed off during the year – suggesting a four year wait even if the tribunals focus only on old cases.

On the reasons why backlogs and delays were growing, Rajan said that this was because “the judgments of the DRTs can be appealed to Debt Recovery Appellate Tribunals, and while there are 33 of the former, there are only five of the latter.”

Also, he talked about the avoidable, routine intervention of high courts in these cases as intended by section 18 of the RDDBFI Act. He also quoted the apex court’s judgment in the Satyawati Tondon case.

“The consequences of the delays in obtaining judgements because of repeated protracted appeals implies that when recovery actually takes place, the enterprise has usually been stripped clean of value,” Rajan said, adding that this also “skews bargaining power towards the borrower who can command the finest legal brains to work for him in repeated appeals, or the borrower who has the influence to obtain stays from local courts – typically the large borrower.”

Faced with this asymmetry of power, Rajan lamented that “banks are tempted to cave in and take the unfair deal the borrower offers”. Asking “how many large promoters have lost their homes or have had to curb their lifestyles despite offering personal guarantees to lenders?” Rajan said it were the hard working savers and taxpayers of the country who paid for this one-way bet the large promoters enjoyed.

Incidentally, the Bankruptcy Law Reforms Committee, chaired by former union law secretary T.K. Viswanathan, which drafted the Insolvency and Bankruptcy Code, had in its report also referred to the challenges posed by judicial intervention to the recovery process. It had noted that loan recovery rates in India were among the lowest in the world, with lenders barely managing to recover 20% of the value of the debt in the event of a default.

“The current state of the bankruptcy process for firms is a highly fragmented framework… In a situation where one forum decides on matters relating to the rights of the creditor, while another decides on those relating to the rights of the debtor, the decisions are readily appealed against and either stayed or overturned in a higher court. Ideally, if economic value is indeed to be preserved, there must be a single forum that hears both sides of the case and make a judgement based on both,” the committee had observed.

However, the high courts, which routinely hear matters pertaining to DRTs, do not seem to believe that they transgress their jurisdiction when dealing with appeals against DRT orders.

In fact, very often they have expressed their views about how either the DRTs should be scrapped or how they hinder the recovery process.

In April this year, the Punjab and Haryana high court said that “DRT should be scrapped” as “civil courts are doing better than DRT”. The court had also commented that the manner in which DRTs were functioning, saying it would be better if the cases were transferred back to the civil courts.

Similarly, in September, the Gujarat high court had pulled up the DRT for its “approach”, which the court said led banks to suffer and hindered their functioning in recovering dues from defaulters. It had also criticised the DRT for being vengeful towards the litigants.

Clearly, as Rajan pointed out, it will take more than enacting new laws to tide over the problems pertaining to delays in prosecution in the event of debt defaults. And much would ultimately depend on how much the Supreme Court will allow other civil courts to intervene in these matters.