The industry, one of the few success stories of our rural sector, has fallen victim to misinformation, with wholesale and retail prices crashing. 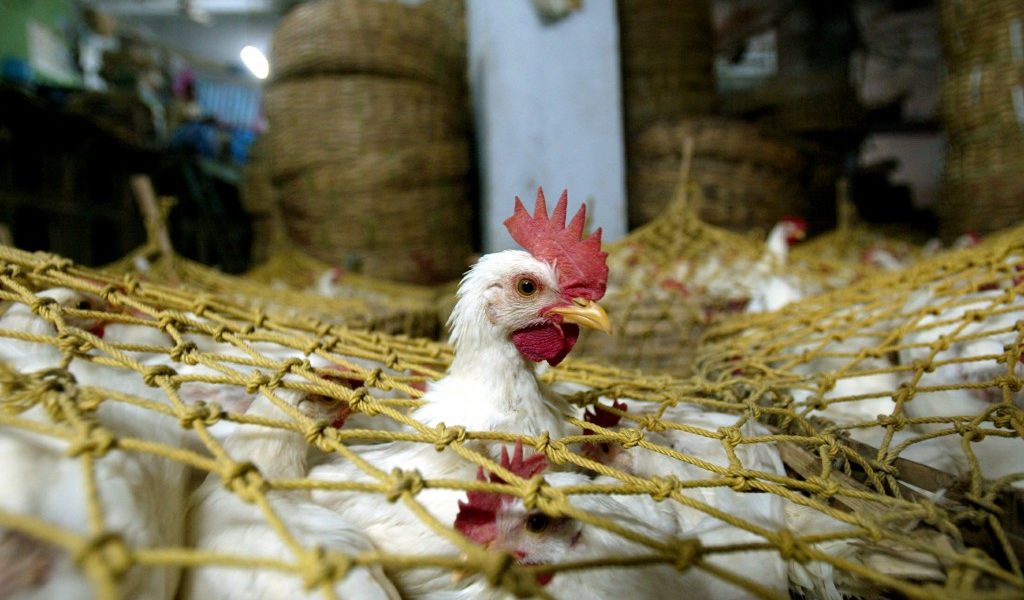 India’s poultry industry is one of the few examples of success in the country’s rural sector. Not only is it the fastest growing sub-sector of agriculture – posting a growth of 10% in 2017-18 and handily beating Brazil (7%) and China (2.1%) – but it is why New Delhi is the third-largest producer of eggs and contributes about 7% of the world’s production

It is a tragedy, therefore, that the sector has in recent times succumbed to misinformation about the coronavirus pandemic. This has the potential to destroy lakhs of rural livelihoods.

After the outbreak of the COVID-19 pandemic, misinformation quickly spread through social media platforms. The most basic untruth was that the virus could spread by the consumption of meat and poultry. As both the Indian Council of Medical Research and Food Safety and Standards Authority of India have clarified, this is patently untrue. Nevertheless, the rumours appear to have caused enormous destruction to the demand for poultry products. The price realised by farmers has crashed to Rs 10-15 per kg, while the cost of production is about Rs 70-80 per kg.

Wholesale prices also crashed from about Rs 90 per kg in January 2020 to about Rs 50 per kg in March 2020. Media reports suggest that there have been a few cases of suicides by poultry farmers. In some places, eggs and even live birds have been buried underground. The entire sector is in despair.

One farmer in Maharashtra’s Dahanu region reportedly destroyed poultry products worth Rs 5.8 crore due to a lack of demand.

“Due to the losses, my labourers have no work as I have stopped production,” Suresh Bhatlekar, owner of 35 poultry farms and three hatcheries in Gujarat, Virar, and Dahanu, told Hindustan Times.

Unlike the dairy industry, Indian success in the poultry sector is not because of government intervention. In fact, it has been a result of unique convergence of farmers, mostly small and marginal, feed manufacturers, veterinary health professionals and integrators. It is a peculiar model of production by farmers on contract basis and is unique in the agriculture sector. In one generation, India has transformed itself from a predominantly backyard poultry farming to a successful poultry industry, employing more than 4 million people, mostly in rural areas. In less than 30 years, poultry has graduated from luxury food, consumed only on festive occasions, to common food, affordable to even those earning modest incomes. It is a source of cheap protein to millions of Indians.

The private sector, and not cooperatives or farmer producer organisations, have been at the forefront of the success of the Indian poultry industry. No doubt, it has used the genetic resources of Indian birds, but it has been complemented by the private sector veterinary health services and manufacturers of poultry feed and equipment. Poultry processing is, however, only now emerging as an organised industry. It is gaining market share due to e-commerce also.

Led by V.B. Rao in the 1980s, when nondescript birds were kept by farmers in their houses as a side occupation, the sector has attracted substantial private investment in an integrated value chain of breeding, hatching, rearing, transportation and marketing. It is an amazing mix of modern industry and rural manpower and infrastructure.

According to the household consumption survey of more than one lakh households, conducted by the National Sample Survey Office (NSSO) in 2011-12, only 37.7% of Indian households were vegetarian but there were large variations across states. Punjab (77%), Rajasthan (80%) and Haryana (81%) had the highest percentage of vegetarian populations. Southern and eastern states are predominantly non-vegetarian.

Because of the domination of north India and the upper caste elite in Indian politics, vegetarianism is promoted as a virtue by influential sections in the media and the government. As a result, non-vegetarianism is considered almost a vice and is frowned upon.

Despite appeals from the Union government and state ministers and “chicken parties” in some cities, fake information on WhatsApp seems to be winning the perception battle and the National Egg Coordination Committee and the Poultry Federation of India have not been able to convince the consumers that there is no threat from consumption of poultry products.

As a result of this false social media campaign, it is not only the poultry farmers who are suffering but also the poorer sections of meat-eating consumers who are getting deprived of a cheap source of protein. The prices of pulses (tur, Rs 107 per kg; moong, Rs 105; chana, Rs 84 and urad, Rs 135) would be beyond reach for many of these consumers. In the times of coronavirus, the poor should be consuming more proteins, which are required to enhance immunity.

A crash in the demand for poultry products is destructive not only for poultry farmers. It will also cause NPAs of banks in the entire supply chain.

The government needs to mount an enthusiastic media campaign to counter the fake news that has been spread deliberately on social media. The Indian Council of Medical Research, National Institute of Nutrition and leading health professionals should also educate the masses about the relationship between protein consumption and immunity.

Once the COVID-19 crisis is over, the government and the media would do well to officially declare that it will promote a balanced diet and honour the dietary choices of the common citizen.