Congo Hold-Up: A Group of Indians in Spotlight for Illicit Money Transfers

Some of the chief operators of the alleged illicit money transfers are persons of Indian origin based in Congo, according to analysis of a data leak by Radio France International. New Delhi: A number of Indians helped operate a network used to transfer millions of dollars in cash from the Democratic Republic of Congo, according to an investigation by ‘Congo Hold-Up’.

In all, about US$350 million was collected in cash and transferred abroad and a substantial chunk went through companies managed and controlled by Indians.

This is the latest among the set of revelations to emerge from Congo Hold-Up, an international investigation based on the leak of more than 3.5 million documents and millions of bank transactions from BGFIBank, obtained by the NGO Platform to Protect Whistleblowers in Africa (PPLAAF) and the French publication Mediapart. The Wire is a media partner in the collaboration.

According to the investigations, several establishments and one-person companies that operated at the BGFI Bank’s Congo Branch, BGFI RDC, received millions of dollars in cash and used wire transfers to shift the money abroad. The investigations focus on nine companies with the highest volume of transactions.

Some of the chief operators of this alleged illicit mode of money transfer are persons of Indian origin based in Congo, according to research by Radio France International (RFI).

A company that goes by the name of Nizal collected US$135 million in deposits between March 2016 and January 2018. These deposits are made in cash across several branches of BGFI RDC spread across Congo. In the same period, Nizal transfers US$140 million abroad.

The company is operated by two brothers – Tofik Khwaja and Munir Khwaja Zulfikar, according to RFI’s investigation.

Both come from Gujarat and are co-founders of several companies, including Ghadeer and National Transfert Services (NTS), a money transfer service. The NTS has also in the past been accused of money laundering. The Khwajas have not responded to questions sent by the consortium.

The company’s activities had raised eyebrows within the BGFI group as early as July 2017. The head of compliance of BGFI Europe, based in Paris, Eve da Silva had suggested blocking transfers of the company, “Taking into account the very diversified activity of the company, the DRC country risk, the diversity of the beneficiaries of the flows (and the diversity of their activities as well), the inconsistencies noted on certain invoices and supporting documents, the lack of reason in the Swifts, the lack of responses on several streams… ”.

Da Silva had also noted that several important documents of the company including the articles of association had not been received by the bank. “It turns out that despite our emails and repeated and detailed requests, these documents have still not reached us.”

Another company linked to Munir Khwaja Zulfikar and allegedly involved in the illegal money transfer network is Aliya, as per the investigation by RFI.

Between September 2015 and June 2016, the firm transferred US$34 million to various accounts in Congo. About US$23 million was transferred with the same description ‘debt payment’.

RFI found that Aliya is linked to one of the most powerful Indian families in Congo, the Dhrolia family from Gujarat. Sajid Dhrolia, one of the members of the family, also found mention in the Panama papers.

As The Wire reported earlier, Sajid is also a partner in one of Harish Jagtani’s companies Modern Construction. Jagtani is himself accused of embezzling millions via BGFI.

The investigation has revealed that three companies – Nizal, Nil shop and SMB – transferred US$1.3 million to Vinmart group, which has Sajid’s cousin Rahim Dhrolia as one of the partners.

Twenty-one separate transfers were made of relatively small amounts. They were said to be for the purchase of furniture, computer equipment, telephones, perfume and a food additive. These purchases, the investigation indicates, do not appear to be for legitimate business transactions of any of the firms that made the transfers. 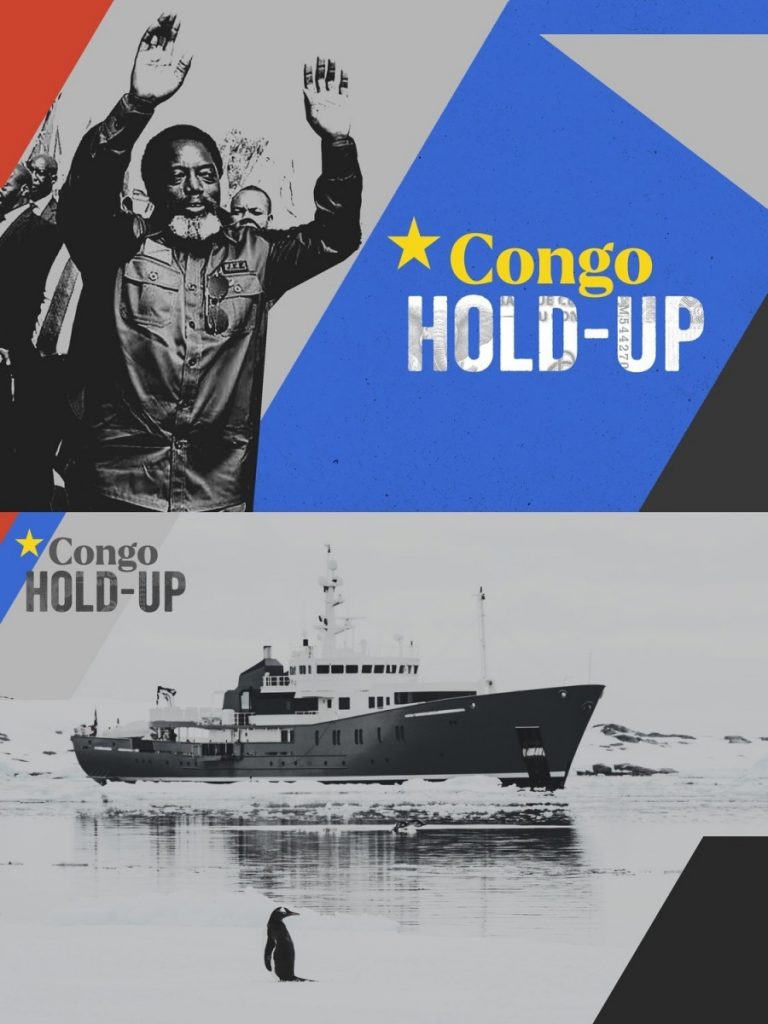 Rahim Dhrolia, however, denied that any of the transfers were illegal. “None of the Vin Mart companies illegally transfers funds,” he said.

Another Indian link in the alleged illicit movement of funds from Congo is Kamlesh Shukla, who is president of the Congo Hindu Mandal. The investigation by RFI has been able to establish links between a company owned by him and two of the companies engaged in alleged money laundering activities.

His company UAC, which operates stores, showrooms and service centres, appears in suspicious manners in internal letters of the BGFI bank. For instance, in several letters to BGFIBank, BGFI officials sometimes refer to UAC and Nil Shop, one of the entities known to be engaging in the illicit movement of cash, as one and the same customer: “Ets Nil Shop / UAC”.

Another time, an accountant for UAC asks for the bank statement of ETS Nil Shop. The accountant is also copied in certain emails related to the functioning of another company known to be engaged in money laundering, SMB.

SMB’s account was active only for a few months at BGFI but it brought significant business. Between January 2017 and November 2018, it brought US$53 million in deposits and transferred US$52 million. The accountant too received about a US$100,000.

Other transactions include invoices in the name of the Korean electronics giant Samsung where the company’s logo was pixelated and appears to have been added to the invoices.

Responding to the consortium, Shukla said that he is the official representative of Samsung in Congo. He denied having any links with Nil Shop and SMB. “UAC only deals with retail trade and has no connection with these networks,” he said.

An official in Congo said that the families have been engaged in the illicit transfer of funds for some time.

“Some of these families arrived almost 40 years ago, the parents were already doing this laundering, but at a small level,” the official said. “They pretend to import goods, but their bills never match what they import. They do this laundering in all the country’s banks.”