The budget session has been preponed by a month to for more efficient implementation and changes like merging the rail budget to the union one, approved. 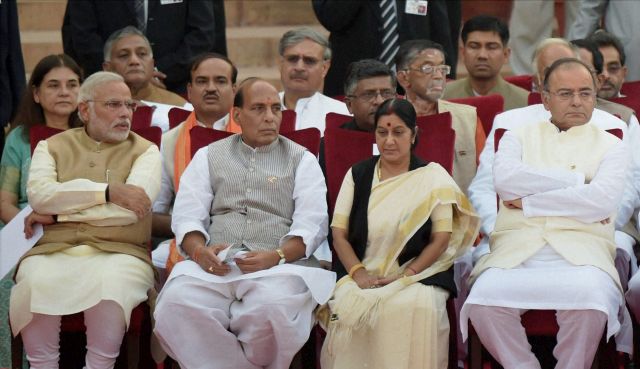 New Delhi: In a major overhaul, the cabinet today approved advancing the presentation of the annual budget by a month and scrapped the nearly nine-decade old tradition of having a separate railway budget. It also removed classifications for expenditure to make the exercise simpler.

With a view to get all the legislative approvals for annual spending and tax proposals before the beginning of the new financial year next April, the cabinet headed by Prime Minister Narendra Modi approved advancing the date for presenting the general budget by a month, sometime before January 25, instead of unveiling it at the end of February.

Merging the railway budget with the general budget was also approved along with a move to do away with the distinction of plan and non-plan expenditure, officials said.

Accordingly, the beginning of budget preparation will be advanced to early October and GDP estimates will be made available on January 7 rather than February 7.

The budget, thus far, was presented on the last day of February and would usually not be approved by the parliament till mid-May. And with the monsoon arriving in June, most schemes and spendings by states did not take off until October at least, leaving just about half a year for their implementation.

Rescheduling the presentation to January would mean that the entire exercise is over by March 31 and expenditure as well as tax proposals should come into effect right from the beginning of the new fiscal year and ought to ensure better implementation.

Merging the railway budget to the general one will mean that a single Appropriation Bill will be presented which will include the estimates from the Ministry of Railways, thereby saving the parliament time by not having to separately consider and pass two Appropriation Bills.

The removal of the distinction between plan and non-plan expenditure was approved to limit the excessive focus on former with almost an equivalent neglect to items such as maintenance which are classified as non-plan.

The cabinet felt it is the total expenditure, irrespective of plan or non-plan, that generates value for the public. Planned expenditure was separately presented for the first time in the budget for 1959-60.