With a short budget speech, the fine print is still waited on allocation to major ministries and key social welfare programmes like NREGA. 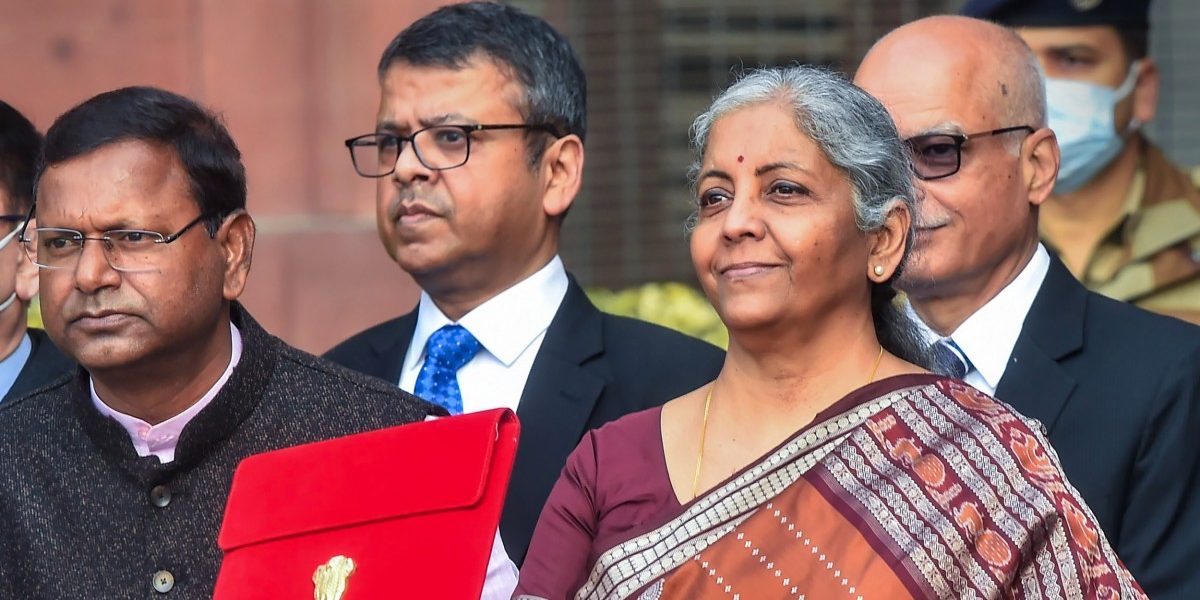 New Delhi: Finance minister Nirmala Sitharaman announced plans to boost capital expenditure by over 30% the next financial year, with a focus on an integrated central infrastructure plan, as part of the various announcements made during her Budget 2022-2023 speech on Tuesday morning.

The speech – which was a shorter and more muted affair than seen in past years – also pegged the fiscal deficit at 6.4% for FY’23. The fiscal deficit for FY’22 will settle at 6.9% of the GDP, which is higher than the 6.1% projected by a Bloomberg poll of economists.

“Budget 2021-22 provided sharp increase for public investment. Throughout the year…our economic recovery is continuing to benefit from the multiplier effect. This Budget continues to provide impetus to both. One, a blueprint which is futuristic…and number two, big public investment for modern infrastructure ready for India at 100 years,” the finance minister stated.

The government capital expenditure for FY23 is pegged at Rs 7.5 lakh crore, forming about 2.9% of India’s GDP. The capex announced is 35.4% higher than the budget estimate of Rs 5.54 lakh crore in FY’22.

The fine-print for allocation of all Central ministries is still awaited – including key spending on programmes like MNREGA – as are details of the capex boost.

The finance minister spent a good deal of time in expanding on the PM Gati Shakti Plan, a platform to track infrastructure projects.

In particular, Sitharaman announced the expansion of the national highways network by 25,000 kilometres in the upcoming fiscal and noted that the master plan for expressways will be formulated in 2022-23 to facilitate faster movement of people and goods.

“Rs 20,000 crore will be mobilised through innovative ways of financing to complement the public resources,” Sitharaman said.

Other highlights of the PM Gati Shakti announcement included:

2) ‘One station, one product’ concept will be popularised to help local businesses. 400 new-generation Vande Bharat trains will be developed and manufactured in the next three years.

3) 100 PM Gati Shakti cargo terminals will be developed in the next three years.

4) 2,000 km under Kavach for safety and capacity augmentation.

No income tax changes, but a crypto tax

The budget speech made no reference to any change in India’s income tax slabs, but unveiled the contours of what appears to be a ‘crypto tax’. The finance minister also announced that a new ‘digital rupee’ would be rolled out this fiscal by the Reserve Bank of India.

The “digital rupee” will help boost the digital economy, Sitharaman said, adding that the central bank digital currency will make the currency management cheaper and more efficient. The RBI has been working on developing its own digital currency for at least two years