Clarity and a plan relying on the actualisation (and not promise) of job-creation, along with higher wages for workers across sectors are the needs of the hour. 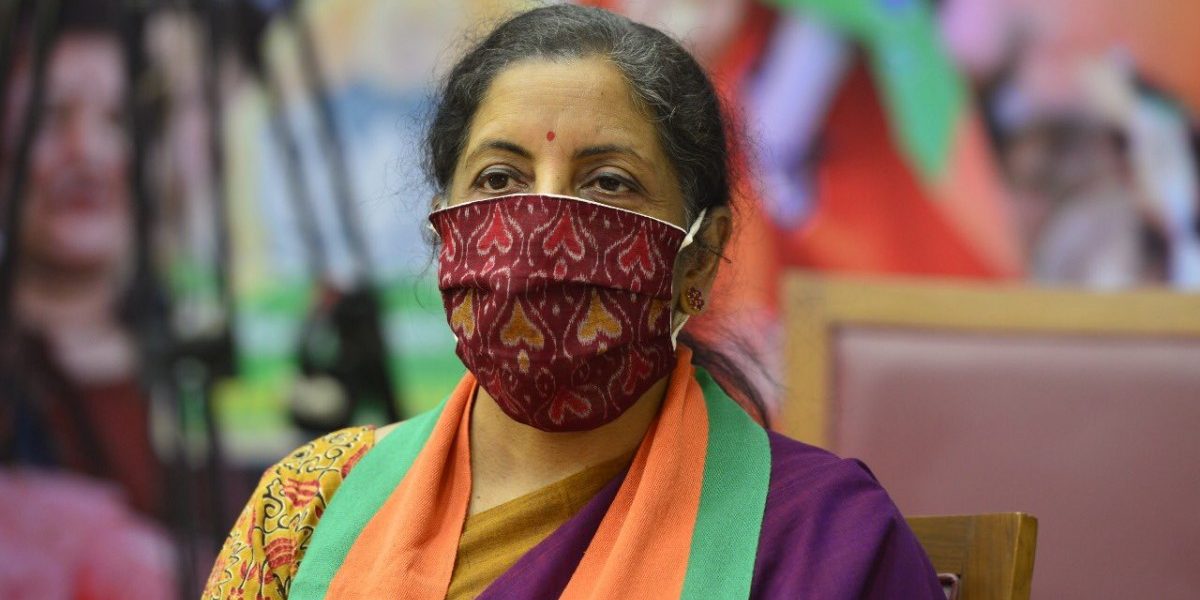 With less than two weeks left for the Union Budget to be presented by finance minister Nirmala Sitharaman, the state of the Indian economy continues to be grim, even if a return to normalcy is around the corner.

Over the last year, the economy has battled three crises – a pandemic, an economic meltdown, and a deep erosion in social and public trust as articulated in a long-drawn-out protest by farmers against the new farm laws.

In interviews, Sitharaman has promised a post-pandemic budget of the likes that have never been seen before.

But what are the macroeconomic challenges that face this Union Budget and what can be done to power India’s growth moving forward?

Firstly, real GDP has already contracted by 15.7% in the first half compared to the previous year’s first half.

The charts below highlight the sobering performance of the industrial-service-manufacturing segments, where growth has been hampered by a consistent slowdown in consumption demand, marked by low wages-high unemployment.

Even though the government expects overall growth to ‘normalise’ by the second quarter of 2021-22, the unemployment scenario doesn’t echo any such optimism.

As per CMIE’s data, in the first quarter of 2020 when the economy contracted by a massive 23.9%, employment contracted by 18.4% in year-on-year comparisons. In the second quarter, employment fell by 2.6%, and by 2.8%, in the third quarter.

Even if the growth situation improves, as it is expected to, overall employment growth – and the nature of opportunities with higher wages – may hardly improve at all.  This is where the Finance Minister and her team work towards a comprehensive fiscal plan.

The government’s own fiscal position is as worrying as anything else.

As government revenues have dwindled over the past few years, and the government debt to GDP has rapidly increased, there is less fiscal room for central government spending to rise. Even in the worst of scenarios, back in the lockdown months of 2020, the government refused to spend more-and kept the fiscal support to a bare minimum.

On top of all this is the structural concern of a weakening consumer demand, which makes the case for injecting greater fiscal support now, even more critical. In a recent field survey undertaken by our Research Centre, we spoke to a number of (daily-wage) workers who have seen a 50-60% dip in days of work during a given month, and a 70% drop on average in their daily incomes (even though their household expenses, especially transport-conveyance have gone up).

What is worse is how the current economic crisis situation is forcing many workers – at the bottom of the working class – to borrow huge sums of money (informally or through intra-community links) and become increasingly indebted. At a macro level too, as seen in Figure 5 below, we are already seeing how household debt to GDP is rising rapidly, while most income groups (across lower-middle income quintiles) are slipping back into (income) poverty.

So, what can the Finance Minister do on February 1?

Well, for a start, acknowledge where the problem is. Till the time the government does not understand (or even accept) how structurally weak the economy is on the (consumer) demand-side, the composition of growth-if any-will continue to remain asymmetric (as it was before), worsening existing socio-economic inequities. During the last Union Budget, the finance minister’s speech did not even have a single mention about the presence of demand-induced crisis (or there was a crisis).

To address it all then, as I wrote earlier, shall require a major shift in focus in the direction of economic-policymaking and the underlying fiscal framework to be used, to go well beyond India’s top 10% production-consumption class (not to add how during the pandemic has made even this 10% income class to struggle immensely).

In terms of a few tangible fiscal measures, say on the tax-side, a reduction in consumer (indirect) taxes and personal (direct) income taxes may help in at least increasing the disposable income of most under the tax base.

The chart below highlights the massive gap in the overall rates of taxation on ‘personal incomes’ versus ‘corporate incomes’. Lowering personal income tax, granting more exemptions may help lower income groups to especially benefit from this in the coming fiscal.

At the same time, to create a fiscal space for greater social (and welfare) spending out from revenue-receipts, assuming the government utilises revenue-receipts to spend on essential areas and borrows only for investment purposes, a more structural, ‘bold’ proposal – in form of introducing a ‘consumption tax’ on the top 5-8% consumption groups – may be considered, that is, if the government has the willingness and prudence to consider and execute it (and that’s a big IF in the current political economy landscape).

The introduction of a Consumption Tax – for the top income class (say the top 5%) – could be first introduced as a ‘Covid Consumption Cess’ justified by the fiscal pressures imposed by the pandemic. The idea in favour of a consumption tax or a ‘cess’, was pushed strongly by economist Kenneth Rogoff in the US back in 2018.

A radical proposal like this may have been perceived as a drastic measure in a more ‘normal’ time, but in the context to a pandemic now, this can be seriously considered.

A consumption tax (or a cess) is a tax imposed on ‘consumption’, as opposed to some other measure of ability to pay, most notably ‘income’. In India, our data on consumption-based surveys (even at household levels) and trends seen within them has been observed as a principal method for understanding and analysing various kinds of inequities, and therefore, can allow policymakers to have a good idea on considering a ‘consumption tax’ that progressively accrues income from higher consumers-producers.

Calling it a ‘wealth tax’ may sound more like a cliché and may discourage top investing class in a crisis period.

In practice too, ‘consumption’ is much easier to measure than ‘income’, and the dynamic efficiency gained from encouraging savings and investment could be large. The transitional difficulties, often associated in implementing such a system, are more likely in nations where consumption-based data and its sources are weak. In India, a relatively more robust consumption-based household data allows any such transitional costs to be minimised. For a start, in a graded implementation cycle, at least one can consider imposing a marginal consumption or spending tax side-by-side to existing income-taxes, which (if it were to me) can be phased out over time.

More importantly, judging by the (public sector) banks’ situation where a rapid deterioration in asset quality (through NPAs) is likely to worsen in months to come, a debt-deluge is likely, and the government – along with the RBI – will need to have extra (fiscal) resources in its kitty to inject liquidity (and bolster confidence), as and when needed. There isn’t any bazooka available and excess borrowing, especially to finance debt or an interest of that will be a waste. A COVID-19 consumption tax/cess may help in creating a contingency reserve for capital-injection. 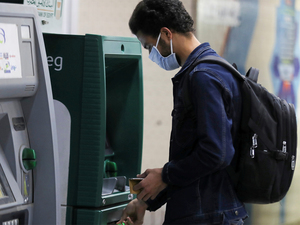 Representative image of a man withdrawing money from an ATM. Photo: Reuters

Going beyond this, the Centre must prioritise on the need of having a three-to-five year fiscal plan say from FY 2021-2023, that can help outline its own (fiscal) priorities and consequently help businesses, household, external actors (investors), all, to get more clarity on the Government’s action-plan for the long-road-to economic normalcy.

This is India’s biggest economic crisis in modern times, and is likely to remain one if government actions and responses remain ad-hoc, guided solely by ‘political’ and not ‘market’ or ‘economic’ principles. And, so far, it has been the former. When it comes to presenting  a planned, prudent fiscal action, the current government’s scorecard in governance and economic policy management scores an ‘F’ grade.

A discussion on the political-economy causes of India’s catastrophic economic performance – even prior to the pandemic – merits a separate conversation (as previously highlighted here).

Notwithstanding that, what is desperately required now is clarity, for inspiring greater confidence and trust in economic agents, through a medium-to-long term fiscal plan, relying on the actualisation (and not promise) of job-creation, higher wages for workers across sectors, and a push for higher domestic private investment. Without actualising these, the economy would keep slipping into a dark hole.